Father and Son, 11, Left Abusive Mother, But She Re-Entered Their Lives and Stabbed the Boy to Death: Deputies 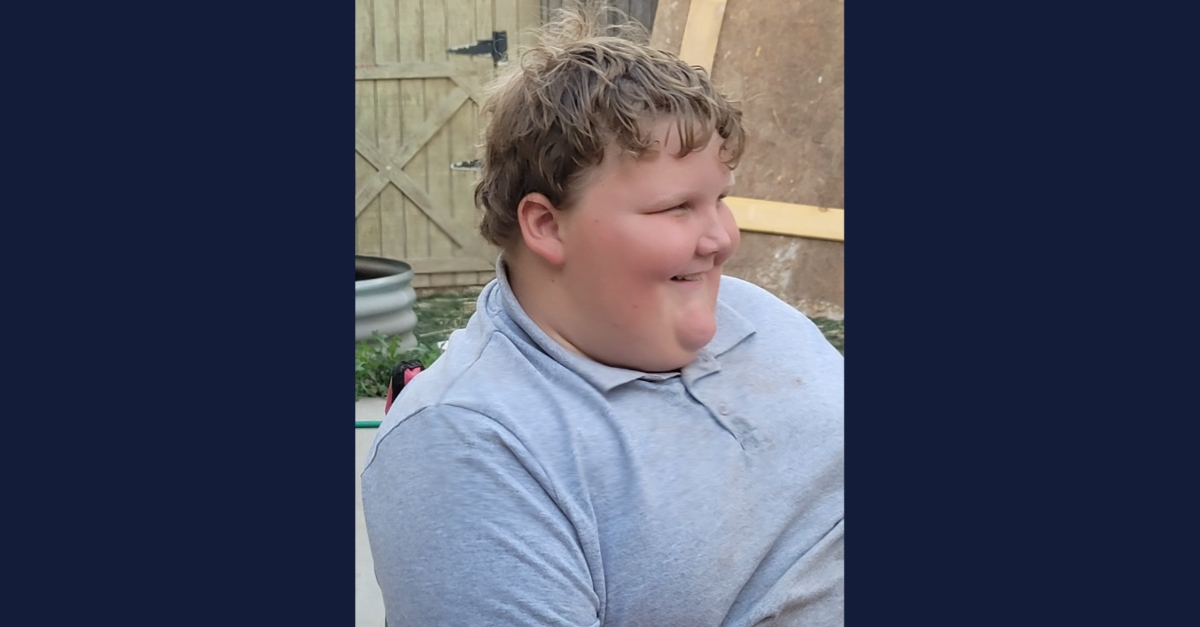 A woman allegedly stabbed her son, and then herself, deputies said. Victim Bruce Johnson Jr., 11, succumbed to his injuries — but not before telling investigators his mother stabbed him, according to the Lea County Sheriff’s Office in New Mexico.

Deputies announced an arrest warrant against defendant Mary Johnson, 49, on Tuesday. They previously described her as being in critical condition.

Mary allegedly referenced on Facebook to “stabbing a partner’s heart… then yourself,” according to a KXII report.

Deputies said they responded after 1 p.m. on Sunday to the family’s home in the 3900 block of N. Dal Paso.

Bruce Jr.’s father, Bruce Johnson Sr., had called 911 to say both his son and wife were stabbed, according to authorities. He was asleep when he heard his son screaming, deputies said.

Bruce Sr. went to call 911 when he discovered his wife also stabbed but unconscious in another room, according to authorities.

Hobbs Fire-EMS took mother and son to Covenant Hobbs Hospital. Mary was stabilized and taken to a hospital in Lubbock, Texas, approximately a 2-hour drive northeast of the city of Hobbs.

Investigators ultimately determined that she had stabbed herself

“Bruce, Jr. was conscious upon arriving at the hospital, where he spoke with the Investigator, advising his mom, Mary, had stabbed him,” deputies said. “Bruce, Jr. succumbed to his injuries and was pronounced dead at 4:19 a.m. by the attending physician.”

The medical investigator determined through the autopsy that Bruce Jr. was stabbed multiple times.

“The investigation revealed that Bruce, Sr. had moved to Hobbs with his son from Oklahoma and left Mary behind after allegations she was abusing their son,” deputies said. “Bruce, Sr’s intent was to file for a divorce due to the abuse and because she was often violent with him. He explained Mary had not seen their son in approximately 40 days and had been begging to see him. Mary then came to live with them in Hobbs to spend time with them before the divorce was filed.”

There were no reports of abuse or neglect since they moved to New Mexico, but there were at least two reported incidents while they were in Oklahoma, deputies said.

Mary Johnson did not meet the criteria for involuntary detention, the Marshall County Sheriff’s Office said, according to KXII. Sheriff Donald Yow said the person would have to show signs of being a danger to themselves or others, according to the outlet.

Mary reportedly had been living in the Oklahoma town of Kingston. One local described her as exhibiting odd behavior, and he said the entire community noticed it.

“Some of her comments talking about she’s Mary Jesus and just different things, talking about hurting other people,” said Erick Wyatt, who told the outlet his daughter went to school with Bruce Jr. in Kingston.

She got worse after tornados struck Kingston, though this behavior had been going on since “November or December,” he said. “And it kept on escalating more and more.”

The investigation is ongoing, deputies said.