Missouri Mom Gets Life in Prison for Drowning 8-Year-Old Son in Bathtub Before Jumping Off a Bridge. Her Internet Searches Were Damning. 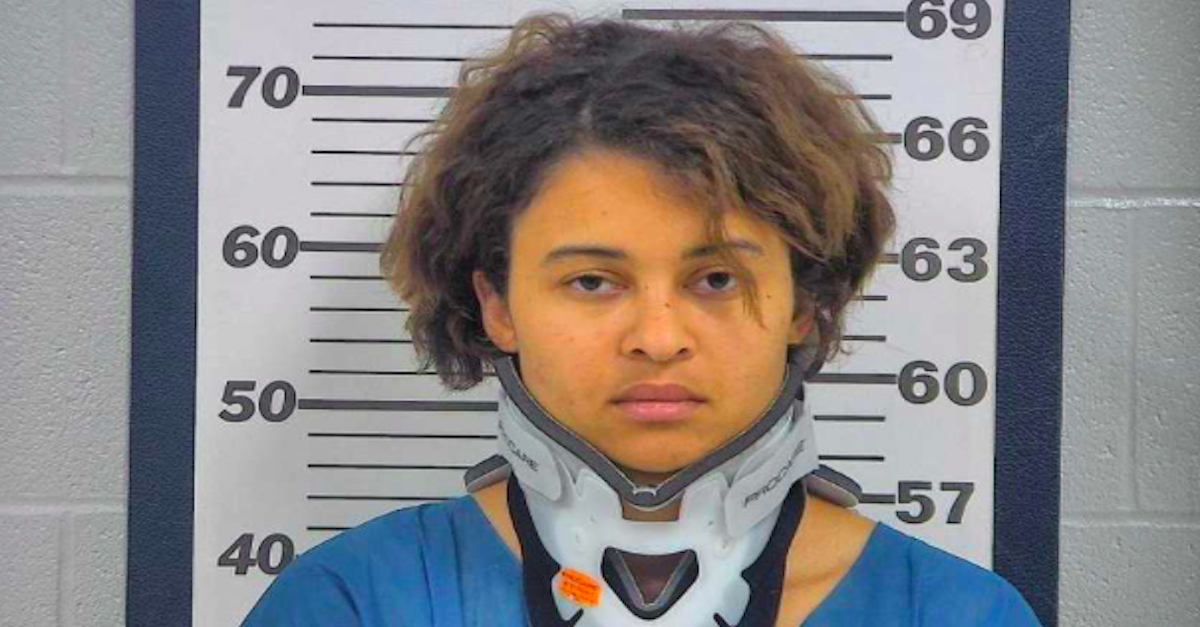 A Missouri mother will spend the rest of her life behind bars for murdering her 8-year-old son by drowning him in a bathtub and attempting to smother her 6-year-old son to death before jumping off a bridge.

A Platte County judge on Tuesday handed down the maximum life sentence to 34-year-old Aushena Warren, of Kansas City, who in August pleaded guilty to second-degree murder in the 2017 death of her son Audrick Warren and first-degree assault for smothering her younger son, Kansas City ABC affiliate KMBC-TV reported.

“Imagine the horror of these two boys, one of whom was drowned by his mother and the other who survived his mother’s murderous intentions. Life in prison was the only fair and just sentence,” Platte County Prosecuting Attorney Eric Zahnd reportedly said following the sentencing hearing.

According to prosecutors, forensic investigators executed a search warrant on Warren’s iPhone and found that she had performed internet searches for the following phrases:

Her computer internet history showed that she performed searches for the phrases, “Missouri women prison” and “how I became a murderer.”

During the August plea hearing, Warren admitted that on the morning of June 17, 2017 she first tried to smother her 6-year-old son to death with a pillow while he was lying in bed at their home. She said she then drowned Audrick in their bathtub.

Warren’s husband, whose name was redacted from reports, was at work at the time of the crimes. He rushed home after his 6-year-old son called using FaceTime. He found Audrick unresponsive in the tub but the mother was nowhere to be found. He called 911 but Emergency Medical Personnel pronounced the boy dead at the scene. A Jackson County medical examiner determined that Audrick’s death was a homicide caused by drowning.

At approximately 9:42 a.m., multiple passersby witnessed Warren jump off of the Kit Bond bridge into the Missouri River. The prosecutor’s office said the Kansas City Fire Department “happened to be conducting water rescue training near the bridge” and rescued Warren, who was brought to the hospital and treated for her injuries.

Prosecutors said Warren left a note at the scene of the crime blaming her actions on a “financial crisis.” The note read:

“Tell the world I’m sorry. I had to save us from this financial crisis. There was no way to fund our lives and I blame myself for that. I had to save the babies from wondering why their parents had to give them up to family or the system. I’m so sorry. Mom, I’m sorry … [Name redacted], I’m sorry. I love you guys … You’ll never understand this and nothing makes this acceptable … but I had to save the babies. [Husband’s name redacted] … I’m sorry, I blame myself and lack of everything for us landing here.”

Warren’s attorney reportedly asked the court to sentence her to probation, arguing that she was struggling with mental health issues at the time of the crimes.

“His mother murdered my son at the tender age of eight,” Audrick’s father said, per KMBC. “He would be 13 this year, in the 7th grade, excelling at anything he’d set his mind to do. Academics, sports, and being a great big brother! He was such a great kid. He was special. There’s no moment, no minute, no hour in the day that I don’t think of him and wish he were here.”