Minnesota Siblings Sentenced After Killing and Robbing 22-Year-Old, Threatening Dad by Saying ‘Your Son Stole on Me’ and ‘I’ll Take You Out, Too’ 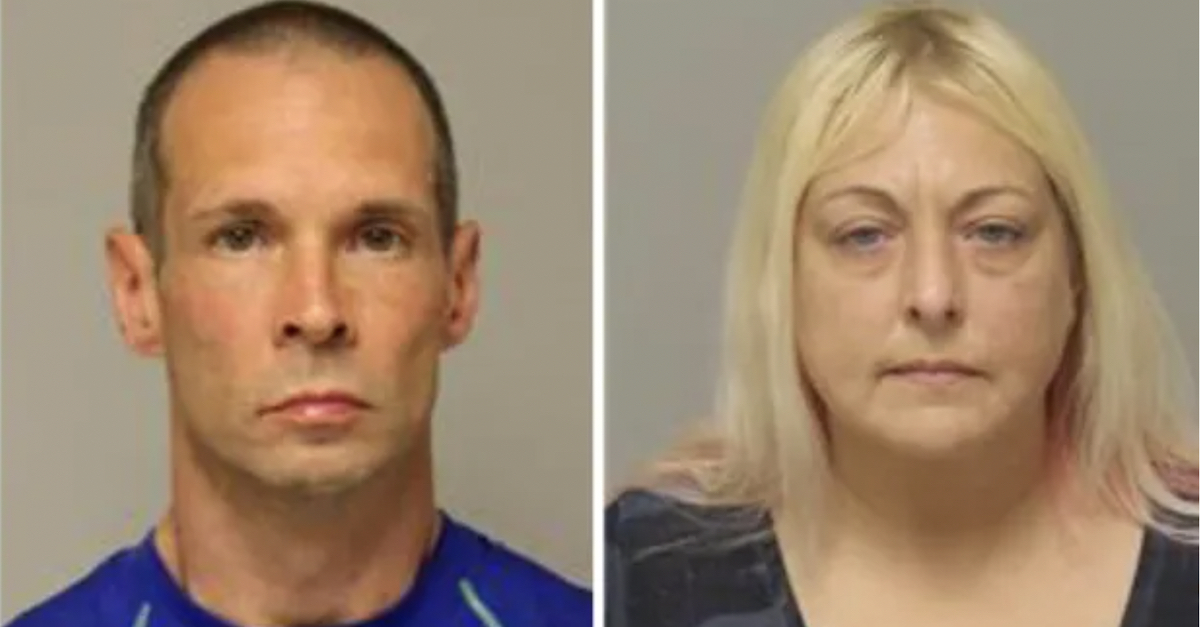 State judges in Minnesota on Wednesday sentenced a 43-year-old woman and her 44-year-old brother to prison for robbing and murdering a 22-year-old man in his family home then threatening the victim’s father.

Nicholas Walter Zielinski and Melissa Madelyne Zielinski were sentenced separately for their roles in the fatal August 2020 shooting of Karl Mitchell Henderson.

Melissa was credited with having already served 560 days behind bars.

Nicholas Zielinski was initially charged with first-degree murder while committing a felony but reached a deal with prosecutors in which he pleaded guilty to one count of second-degree murder with intent. In exchange for his guilty plea, Anoka County District Court Judge Bethany A. Fountain Lindberg sentenced Nicholas to 225 months in prison, which is 18 years and 9 months.

Henderson’s father on Aug. 27, 2020 called the police after having a grisly encounter with the Zielinski siblings upon finding his son dead inside his home.

According to court documents, officers with the Lino Lakes Police Department and the Anoka County Sheriff’s Office at approximately 2:35 p.m. responded to a 911 call about a shooting at a residence located in the 6000 block of West Shadow Lake Drive. Upon arriving at the home, Henderson’s father recounted the abhorrent events he had just endured.

Henderson’s father told investigators that he returned home from the grocery store at approximately 2:30 p.m. and saw an SUV in his driveway that he did not recognize. When he walked into his kitchen, he saw a male and a female, later identified as Nicholas and Melissa, who then walked outside towards the SUV. Henderson’s father followed them and asked them what they were doing.

“The male stated words to effect of ‘your son stole on me’ and ‘I’ll take you out, too.’ The male and female then drove away in the black SUV,” a probable cause affidavit states. “[Henderson’s father] told officers that he then went downstairs and observed that his son, Karl Mitchell Henderson, was face down in a large pool of blood in his bedroom.”

First responders on the scene confirmed that Henderson had sustained two bullet wounds to the stomach and was pronounced dead on the scene. A safe was reported missing and a Hi-Point 9mm handgun was recovered near the body that did not belong to anyone who lived in the home.

Several of Henderson’s neighbors provided investigators with doorbell camera footage that allowed police to trace the SUV back to Nicholas. DNA found on the grip of the handgun also matched a DNA profile law enforcement had on file for Nicholas. Additionally, Henderson’s father also picked Nicholas’s photo out from a picture lineup, per the affidavit. Melissa was soon identified as his female companion.

Investigators obtained a search warrant and seized Melissa’s cell phone. A forensic search revealed text messages from the day before the murder that appeared to indicate that she and Nicholas need an influx in cash in order to complete a real estate deal that was due to close the day after the shooting.

“We are going to collect some money that’s owed to me hopefully,” Melissa wrote, per the affidavit.

“So you and Nick are going to muscle some money,” the response read.

Police also recovered a safe from the home of an associate of Melissa’s that had Melissa’s DNA on it and matched the serial number of the safe owner’s manual recovered from the Henderson home.

According to a report from the St. Paul Pioneer Press, investigators never discovered Henderson’s connection to the Zielinskis nor did they learn additional details about the alleged debt owed to Melissa.

Read the relevant court documents below.