Diego Lara Felix Got into Bed Naked with Girl, 12: Police

Man Claimed He Didn’t Remember Crawling into Bed Naked with Sleeping 12-Year-Old Girl but Acknowledged He Made ‘Mistake’: Police 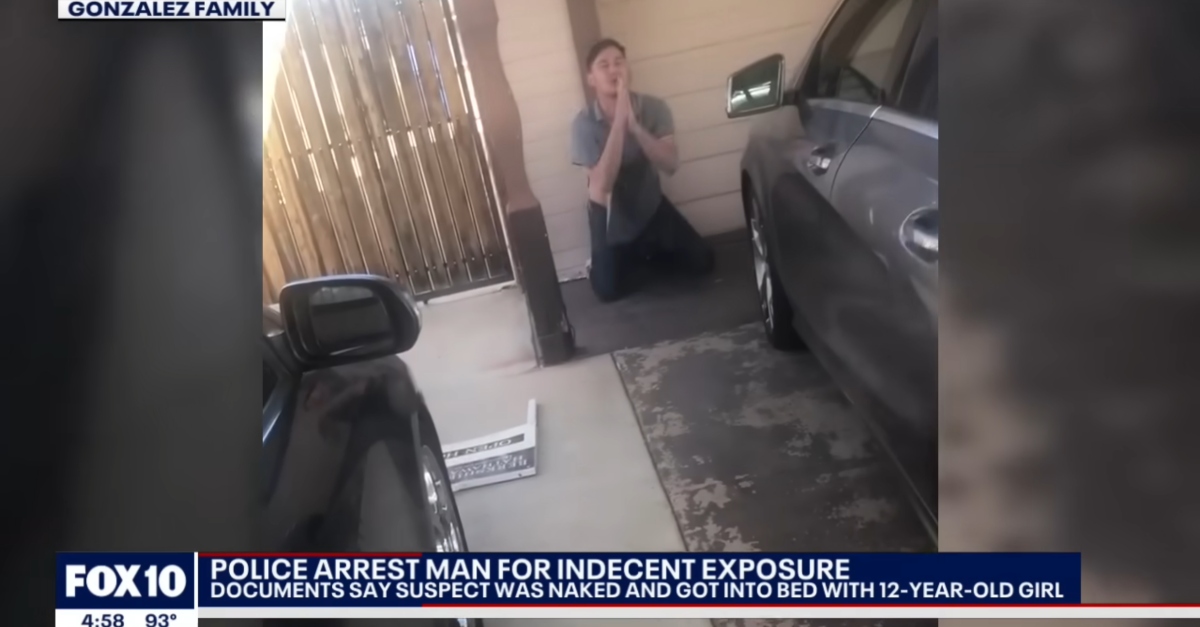 A man allegedly got into bed naked with a sleeping 12-year-old girl before her family chased him away to a nearby home. Defendant Diego Lara Felix, 28, allegedly claimed that he didn’t remember the encounter happening amid drinking with friends, but he otherwise acknowledged wrongdoing to police.

He said he knew “made a mistake and if he has to pay for it, he will,” according to officers cited in a KSAZ report.

A woman who lives on the property where the defendant fled told the television station how the chase ended.

Kelly Gonzalez said she suddenly heard noise outside her house, looked at her surveillance cameras, and saw people outside.

“We started to hear banging on our door and just commotion going on outside, and then I looked at our security camera, and we saw there was a mob of people outside of our house,” she said.

She said she and her family found Felix trying to trespass into their backyard. Gonzalez said she was happy that he got caught.

“I find it disgusting, and I’m glad that he was able to get arrested even if it was [at] our house,” she said.

Back at the first scene, Felix allegedly got into the girl’s bed naked and told her to touch his leg. The 12-year-old first believed it was her cousin before she turned on the lights, according to reports from the McClatchy newspapers.

The girl reportedly fled to her uncle. Family told Felix to get out, the authorities said.

Felix allegedly claimed he did not remember getting into the bed, said he remembered drinking beer with friends at a Phoenix home, and finally realized he was in a police car.  He faces two counts of indecent exposure and a count of narcotics possession for allegedly having a small bag of cocaine.