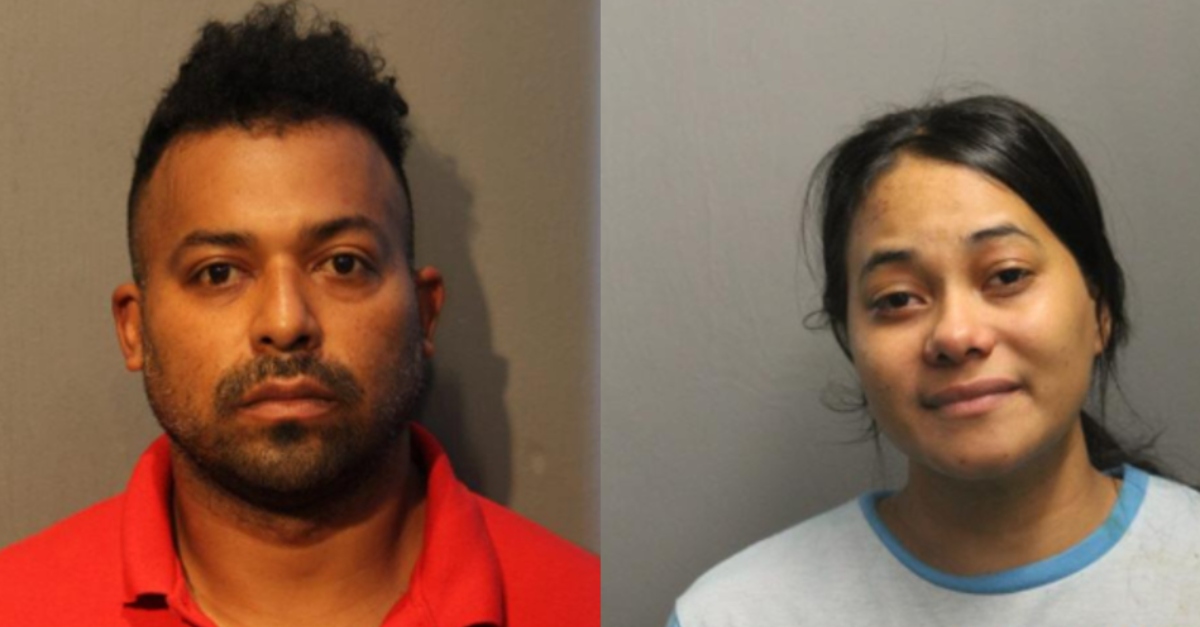 The girl was found “unresponsive in the 6600 block of S. California” Avenue, police wrote. The location is near Marquette Park in the city’s Chicago Lawn neighborhood.  “An investigation by Area One detectives revealed [the defendants] were responsible for the October 19, 2021 death,” they added.

Officers did not specify the alleged motive or explain the defendants’ links to Zelaya.

“The victim had sustained multiple injuries consistent with child abuse,” they wrote. Ardon and Cruz were arrested Tuesday at 12:20 p.m. in the 2700 block of W. 68th St., officers said.  That’s about a seven-minute walk from where Zelaya was found.

The child had sustained burns and bruises to her face and body, authorities said in a CBS Chicago report. She was pronounced dead at Holy Cross Hospital.

Ardon and Cruz are scheduled for bond court Friday afternoon. Officers told Law&Crime that more information would be available at the court proceeding.

Update – 6:14 p.m.: Prosecutors identified Zelaya as Ardon’s daughter. Ardon and Cruz found her in bed without a pulse and took her to the hospital, according to Assistant State’s Attorney James Murphy in a WTTW report. Medical staff determined, however, that the child sustained long-time, serious abuse.

Judge Mary Catherine Marubio had both Ardon and Cruz help without bail, citing the prosecution’s account. Authorities said Zelaya sustained injuries including abrasions almost all over her body, burns on her hands, contusions, and a hole on her face from being hit. She was underweight for her age and had yellowing teeth, but the bruising was so extensive that the medical examiner could not use her skin to determine malnourishment.

Zelaya died from a rupture in her stomach, authorities said. It was due to blunt force trauma.

Two roommates allegedly who lived with Cruz and Ardon in separate time periods said they witnessed the couple abusing the child over the previous several months, including Cruz forcing her to walk back and forth in the basement for hours if she did anything to displease Cruz and Ardon. Cruz allegedly once shook her by the arms and beat her with a belt if she refused to eat. Both he and Ardon allegedly admitted to cops that they had left her alone at home multiple times and even tied her to bed by the legs. Cruz allegedly admitted to beating her with a belt in multiple instances.

They allegedly admitted they never took her to get medical treatment even though they thought she needed it.

“They are the caretakers for this victim, this 2.5-year-old girl, who was tortured for most of her life,” said Murphy.