Judge Throws the Book at Montana Parents Who Killed 5-Year-Old Son, Says the Boy’s ‘Very Short Life’ of ‘Misery’ Was ‘Worse, Some Might Think, Than Death Itself’ 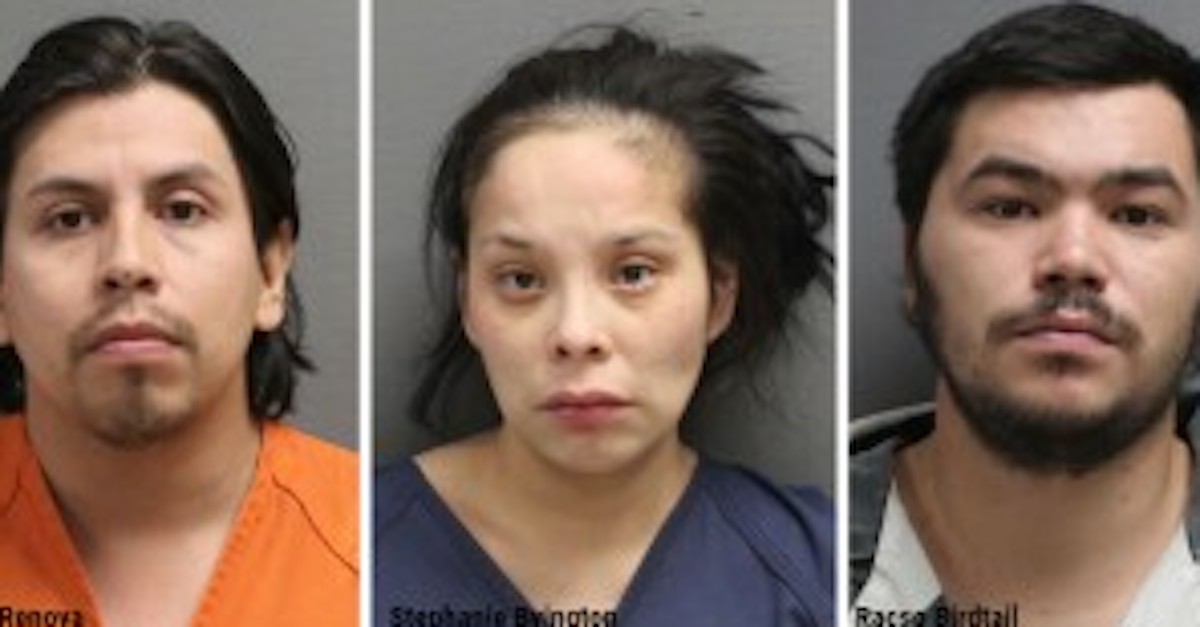 The parents of a 5-year-old Montana boy who was beaten to death were sentenced to spend the rest of their lives behind bars for killing the child nearly three years ago.

Renova, who in February pleaded no contest to one count of deliberate homicide, was sentenced to 100 years in the Montana State Prison with no eligibility for parole, Chief Criminal Deputy Cascade County Attorney Kory Larsen said in an email to Law&Crime.

Byington last year pleaded guilty to one count of accountability to deliberate homicide and one count of felony child endangerment. She was sentenced to 100 years in the Montana State Women’s Prison for the accountability to homicide charge with no eligibility for parole for the first 30 years, plus an additional 10 years with no eligibility for parole on the child endangerment charge. Judge Best ordered the sentences to run consecutively, meaning Byington will not be eligible for parole until she’s served at least 40 years behind bars.

According to a report from the Great Falls Tribune, Judge Best rejected Byington’s claim that she was coerced into harming her son.

“I am also taking into account what I watched in the videos that were provided to me and in the photos, you were an equal participant in feeding this starving, tortured child,” she reportedly said. “So I am not taking any account to claims that you were forced.”

A third co-defendant, 25-year-old Racso James Birdtail, pleaded no contest last year to one count each of accountability to assault on a minor and tampering with physical evidence also received the maximum sentence. Judge Best ordered Birdtail to serve five years for the assault charge and 10 years for the evidence tampering charge, to run consecutively. He reportedly encouraged Renova during the assault on Tony and then helped clean up the crime scene after the boy’s death.

Judge Best also castigated Birdtail for exacerbating Tony’s suffering instead of helping him, then aiding the boy’s parents in trying to conceal what happened that night.

“It was a systematic, deliberate, constant and inevitable death,” Judge Best reportedly said. “The death imposed by two of these defendants on this boy was the heaviest punishment any human being, let alone a child, should be expected to endure, and in the end, Tony could not endure it.”

Officers with the Great Falls Police Department on the morning of Nov. 20, 2019 responded to a 911 call about an unresponsive 5-year-old at the home of Renova and Byington located in the 1200 block of 9th Street NW, according to a press release from the department. Byington reportedly placed the call.

Upon arriving at the scene, first responders reportedly found Tony inside the apartment with a large gash on his head and blood coming from his nose and mouth. The child was reportedly covered in bruises and likely had a broken leg. He was pronounced dead on the scene.

According to a report from Missoula ABC/Fox affiliate KTMF, personnel with Great Falls Fire and Rescue noted that some of the material found near Tony’s body appeared to be “brain matter.” Investigators searched the apartment and reportedly found small amounts of blood around the ledge and on the inside of the bathtub.

Court documents reportedly said that the “occupants of the apartment were not in distress when officers arrived, and the father was not reacting as officers would have expected for such a traumatic event.”

Byington reportedly admitted that the previous night she heard Renova beating their son in the bathroom. She also admitted that they both previously hit the boy with belts and electrical cords.

Before handing down the final sentences, Judge Best summed up the horrific nature of the trio’s crimes.

“I have concluded that in this case we have 3 people here who in their own ways made the very short life of a child into a life of misery, worse, some might think, than death itself,” she said, according to KTMF.