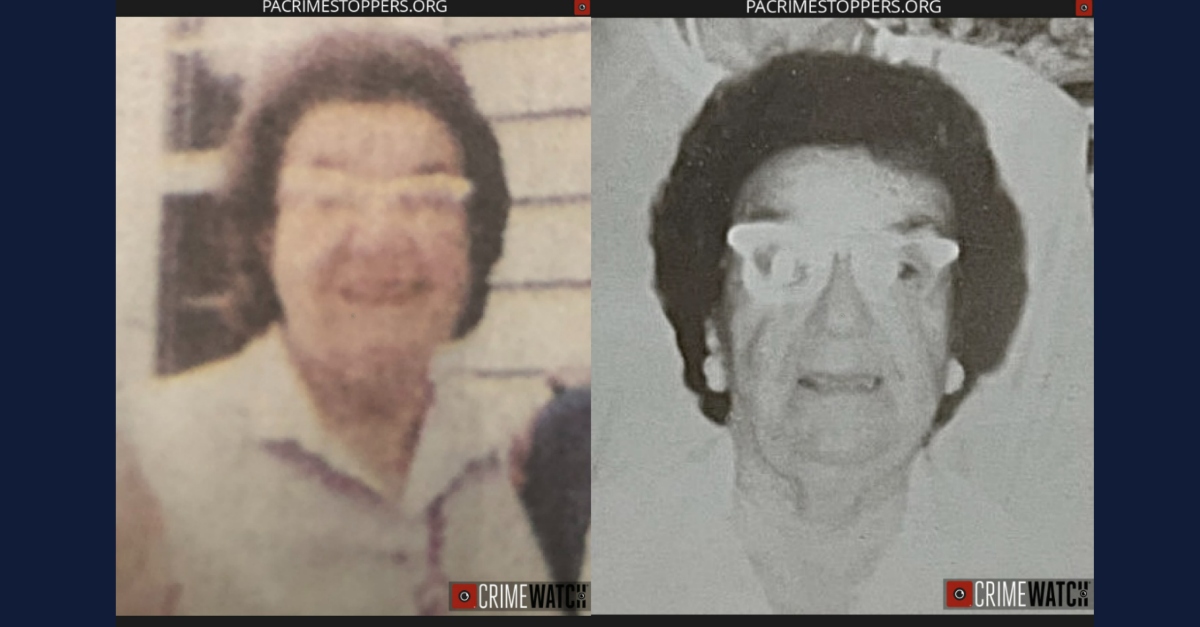 Police encountered a bloodbath when they found grandmother Helen Vogt dead at her home on July 23, 1988. Now more than 34 years later, they say they can prove her own grandson Jeremy Clarke Brock, 55, brutally killed her.

Authorities in Erie, Pennsylvania, announced the development on Tuesday. Brock was arrested on Monday without incident at his workplace in Austin, Texas, said Hirz. He is charged with homicide, robbery, burglary, theft, and tampering.

As Crime Stoppers Pennsylvania previously said, cops responded to Vogt’s home the morning of July 23, 1988. A neighbor called 911 after seeing her 1988 Buick LeSabre speed off.

“The caller immediately ran over to Vogt’s condo to check her,” Crime Stoppers Pennsylvania said. “The caller found blood throughout the condo and found the victim in her bedroom brutally beaten and stabbed 51 times.”

The recently widowed Vogt lived alone at their home on Zimmerman Road in Erie, Pennsylvania. Crime Stoppers has said that Vogt was 77, but Erie County District Attorney Elizabeth Hirz said Tuesday that she was 76.

Officers at the time found Vogt on the floor of her bedroom next to her bed, Police Chief Daniel Spizarny said Tuesday.

The bed was soaked in blood, and there was blood on the floor, walls, and windowsill, he said. Dresser drawers were open and appeared ransacked, and there were items thrown about the room, he added.

Missing from the residence were credit cards, a white purse, a base to a broken lamp in the bedroom, Vogt’s diamond ring, and a watch belonging to her husband Herbert from his time on the PGA tour.

There was no sign of forced entry, Spizarny said. A neighbor who lived in the adjacent townhouse told police about waking up the previous night, hearing noises of furniture moving, and people going up and down the stairs. The person also described hearing muffled sounds similar to screaming.

The stolen car turned up the next month at a parking garage in Dayton, Ohio. The garage was next to a Greyhound bus station.

All that DNA evidence turned out to be pivotal, but it took more than two decades for authorities to make proper use of it. Authorities managed to execute a search warrant in 1990 for Brock’s blood, saliva, hair, and complete handprints. Samples were submitted to a lab in 1990, then again in 2022.

Authorities credit new advances in testing with them being able to construct a partial DNA profile from the wash cloth in the bathroom. Spizarny said DNA matched Vogt and Brock. Blood from both sides of the sink matched Vogt, and they could not exclude Brock or his male relatives. Hirz said that Vogt had a daughter, and that daughter had two children: Brock and a daughter.