‘Go Back to Your Country’: Florida Woman Arrested over Racist Attack on Four Asian Women in New York City 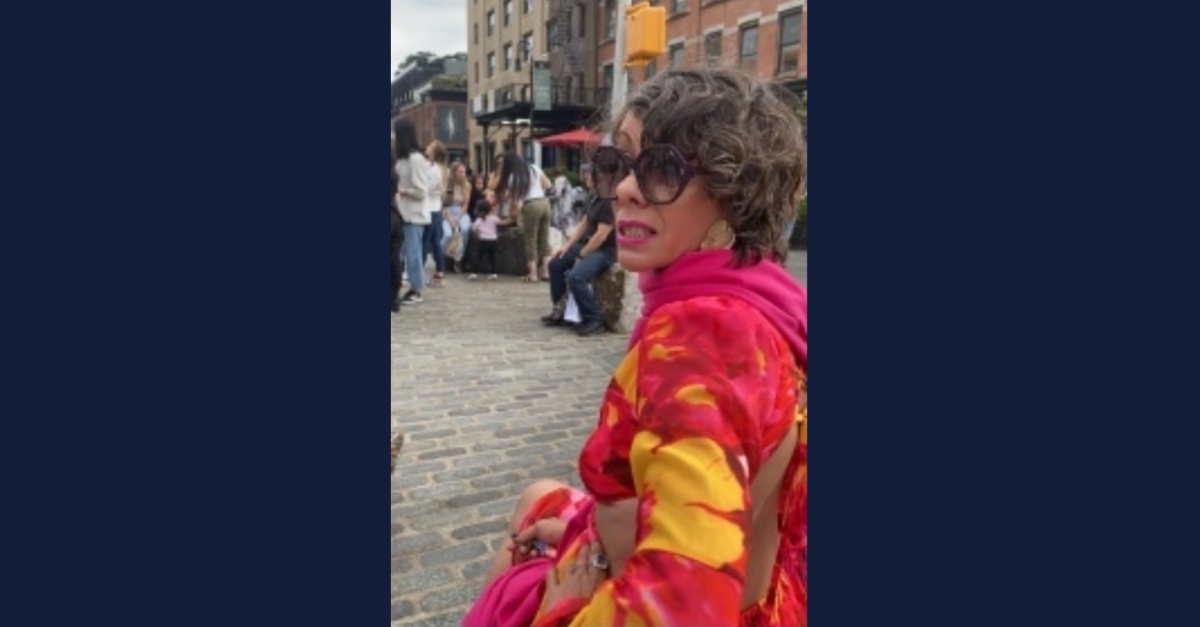 Police say they caught the woman who pepper-sprayed four Asian women in an unprovoked, racist attack. Madeline Barker, 47, showed up to court Saturday, according to The New York Post. Prosecutors argued she was a flight risk because she is from all the way out in Merritt Island, Florida, and she did not turn herself in. A witness recognized her on the street and called police, they said.

Police have said that a woman–then unknown–“made xenophobic remarks and discharged pepper spray at 4 female victims,” at the corner of 9th Avenue and West 14th Street. This about at the border of the Meatpacking District to the south and the Chelsea neighborhood to the north.

The pictured individual is Wanted for an Assault that occurred on June 11th on the corner of 9th Avenue and West 14th Street. The perpetrator made xenophobic remarks and discharged pepper spray at 4 female victims. Please contact Crimestoppers (1 800 577-TIPS, @NYPDTips). pic.twitter.com/ypzXxUs6IL

Barker allegedly knocked a phone out of one of the women’s hands, pepper-sprayed them, and told them to “go back to where you came from, go back to your country,” according to WABC reporter CeFaan Kim. The women are lifelong New Yorkers, according to the outlet.

The women, who requested anonymity, told the outlet they were at a public plaza looking at flower installations. That was when a stranger–Barker–cursed them out and used pepper spray on them completely unprovoked, they said. The situation started when she had her back to them while sitting on one of the large stones along 9th Avenue, they said. She claimed the women were trying to harass her, one of them said.

Another insisted thy were not trying to bother her.

One of them even offered an apology.

“Like I’m sorry, I didn’t intend to make you feel that way,” she said.

They started to record when she began going on a racist rant and took out pepper spray.

“Saying like, go back to where you came from, you don’t belong here,” one woman said. “She pointed to an Asian bystander who was a man, we didn’t know who he was, pointed at him and said take your [expletive] back to your country.”

One of the women said she could not open her eyes for about 30 minutes because of the pepper spray.