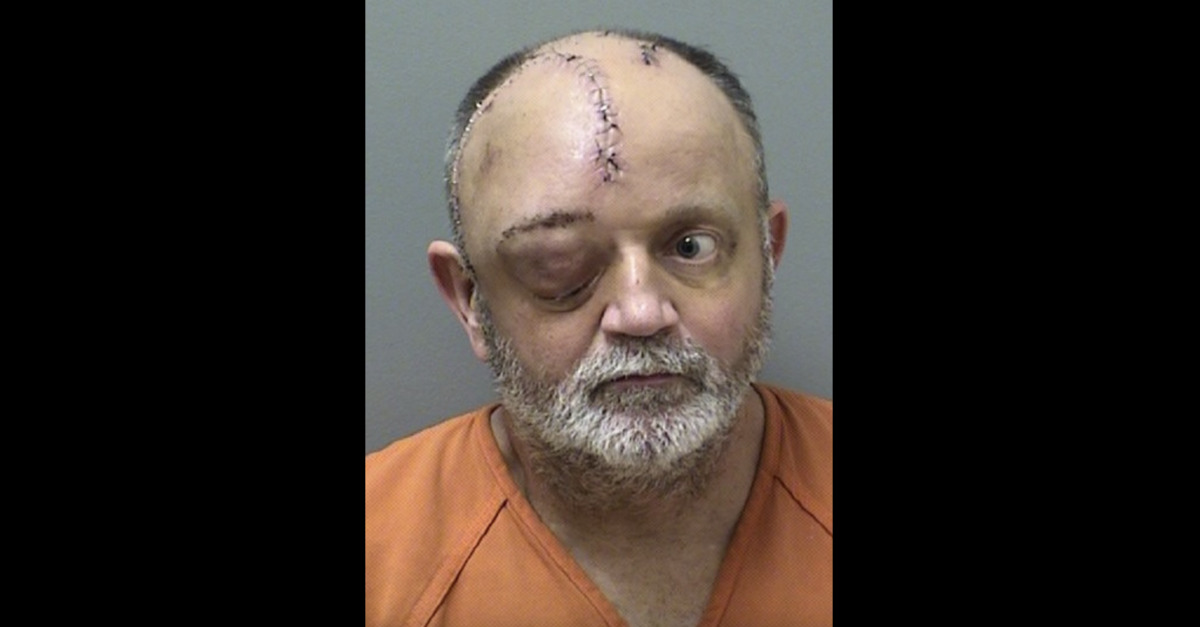 A Georgia man was sentenced to decades in prison after pleading guilty to repeatedly shooting his wife after she asked for a divorce.

Ronald Richard Goss, 57, pleaded guilty to attempted murder for a February 2018 incident in Ball Ground. Goss admitted to shooting his then-estranged and now-ex wife, Tina Davis, seven times after forcing his way into her home and saying something to the effect of, “if he could not have her, no one could,” according to the Cherokee County District Attorney’s Office.

He was arrested in the early morning hours of the day in question and subsequently charged with criminal attempt to commit murder, home invasion and aggravated battery and aggravated assault under the Family Violence Act, according to Patch.com. When booked, authorities noted Goss suffered a substantial injury to his own face.

According to prosecutors, Goss actually visited his eventual victim’s house the day before, unannounced, in a bid to save their failing marriage. Davis refused the offer, turned him away and said she was intent on going through the divorce process.

When invading the home, the defendant cut the power, entered through the garage and shot his way inside past a locked door. The assailant then made his way into the master bedroom where he shot Davis in her chest, left forearm, left thumb, left shoulder, right hip and head, “causing internal injuries as well as a spinal injury that left her with no feeling from the waist down,” according to a law enforcement account of the onslaught and its tragic aftermath.

The injury to the defendant’s face, the DA noted, was caused by “a bullet [that] ricocheted and struck Goss in the face” during the attack.

“He did everything in his power to kill Tina Davis. It is only by the grace of God that she is still here with us,” Cherokee County District Attorney Shannon Wallace said in a statement to local CBS affiliate WMAZ. “While his plan to kill Tina was unsuccessful, in less than five minutes, Mr. Goss ended Tina’s life as she once had known it. In the four years since Tina was ambushed in her home, she has endured a tremendous amount of physical and mental suffering, and I am in complete awe of Tina’s strength and determination to regain what this defendant took from her. Hopefully, the resolution in this case will provide her and her family comfort and closure.”

After “more than 15 grueling surgeries and dental procedures to help correct the damage Goss caused,” Tina Davis survived. She spent nearly 500 hours in rehabilitation and is currently walking on her own.

“What hurts most are the things he took from my future,” Davis said in her victim impact statement. “I would have been a go-to babysitter for my grandkids. I would have been the fun Nana. These should be the best years of my life. I should be checking off my bucket list. But thanks to him, I spend my days in therapy just to regain a portion of what he took. I may not have died that day, but he took my life just as if I had.”

The woman added that she had lost “the best years of my life.”