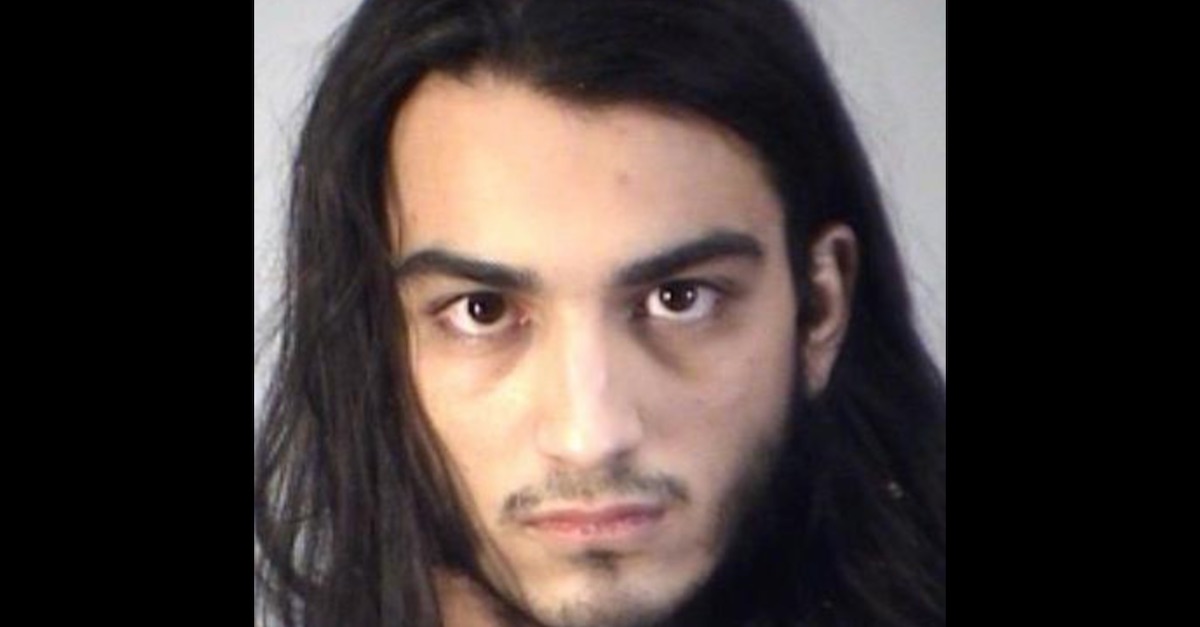 A 21-year-old Florida man is under arrest and the prime suspect in the murder of his pregnant, 39-year-old stepmother of six, Sue Ellen Anselmo. Ian Anselmo allegedly admitted over the phone that he strangled his stepmother in a cemetery, but a motive remains elusive.

Anselmo called 911 on Wednesday to admit that he murdered his mother, police said.

“I killed my mom — she’s dead,” police recounted what Anselmo told dispatchers. “I strangled her.” Anselmo was the mother to five children 1o years old or younger. One of the children has special needs.

Anselmo was found dead in a vehicle. A cord was around her neck. John Anselmo, the father of the suspect and the husband mother, said that he and his wife had been fighting lately and were heading for a divorce. Despite the odds, he believed that they would get back together. They were married for 13 years, the Orlando Sentinel reported. Sue Ellen Anselmo hired a divorce lawyer the day before she was killed.

It’s not clear at this time if this had to do with the murder. Ian and Sue Ellen reportedly got into an argument at Greenwood Cemetery. It’s not yet known what they were arguing about. Anselmo was six weeks pregnant.

“My wife loved babies,” John Anselmo said when discussing their family. He couldn’t understand how his son, who he called a “good kid,” ended up charged for murdering his stepmother.

“I just can’t explain what happened,” he said.

A GoFundMe campaign was started for Sue Ellen and her surviving children. Cheri Rodriguez, the daughter of Sue Ellen’s salon owner employer, said the following:

One week after having the courage to leave her husband, Sue Ellen Anselmo was violently attacked. Her stepson was arrested and charged with attempted murder. Her parents and daughter are now doing everything they can to protect what remains of her life and that of her small children (ages 16 months, 3, 4 and 7 – one being special needs). I am setting up this fund to help them with any expenses that arise for the children, medical or legal needs. Her mom Cindy and daughter Chloe will be the only people with access to this account. They have a long road ahead of them and will need all of the support that we can give. Please be generous in making sure that the thing that mattered to Sue Ellen the most, her children, are protected and safe. Please read the news article here for more information on the tragic event that happened on March 13, 2019. https://www.dailycommercial.com/news/20190315/mother-of-strangling-victim-files-for-guardianship

On behalf of Chloe, Cindy and Jack,  thank you all for your generosity.