Florida Father Allegedly Tossed His 9-Year-Old Son Against Walls for Making App Purchases, Said He ‘Might Have Over Punished’ Victim ‘a Little Bit’ 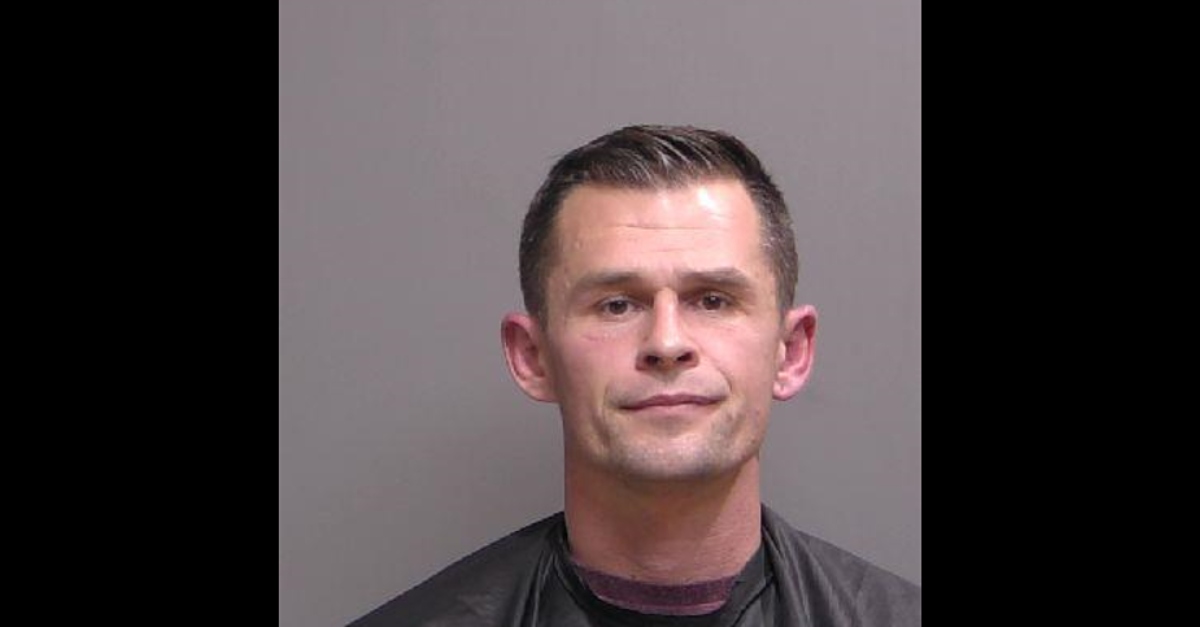 A Florida father tossed his young son into “walls and closets” for making in-app purchases on an iPad. Andrew Wayne Atkerson, 33, was arrested Friday for felony child abuse, according to online records.

The Flagler County Sheriff’s Office says that a 9-year-old boy, identified as A.A., said that his father became angry after the boy and his little brother made the purchases on their device at Atkerson’s home in the city of Palm Coast.

“During the course of the suspect’s rage, the suspect pushed A.A. and also picked him up multiple times and threw him into items inside the home including walls and closets,” authorities said. “As a result of this incident, A.A. suffered numerous bruises including bruising underneath both eyes, bruising on his left hip area, and bruising on his upper back right shoulder area.”

The mother discovered these injuries on picking up the children from school, deputies said. Both she and staff from the Department of Children and Families separately took pictures, authorities said.

“I didn’t touch [the younger brother] besides whipping his ass,” Atkerson allegedly texted the mother.

Atkerson appeared to hedge his words on whether he crossed the line during the Feb. 3 incident.

“I might have over punished them a little bit,” he allegedly told authorities about his sons.

Authorities say Atkerson’s criminal history covers Florida and California, with records dating back to 2014. Six of his 20 different charges were for battery. That includes him being on probation for a felony battery arrest for attacking the child’s mother.

According to the charging affidavit in that matter, the children’s mother said she had learned that Atkerson was cheating on her, and she called the other woman. Atkerson, however, grabbed her hair while she was on the phone, snatched the phone out of her right hand while it was against her ear, and threw the device across the phone, the affidavit states. There were four children in the home, and two of them–one of whom was described as “her” son and the other as “their” son–witnessed the incident, officers said at the time.

“No child should ever have to endure what this man did to his child,” Flagler County Sheriff Rick Staly said of the new allegation. “It appears this man has no ability to control his rage. Parents have the right to discipline their children but cannot go overboard, which happened in this case. A more appropriate discipline would have been to restrict access to the iPad or make them do chores around the house to pay for the items they ordered, not beat their child. I’m thankful the mother reported her observations and the work our detectives and DCF have done on this case to protect the children. Child abuse victims often have to live with those scars forever.”

Atkerson remains at the Flagler County Sheriff’s Office Jail in lieu of a $12,500 bond.