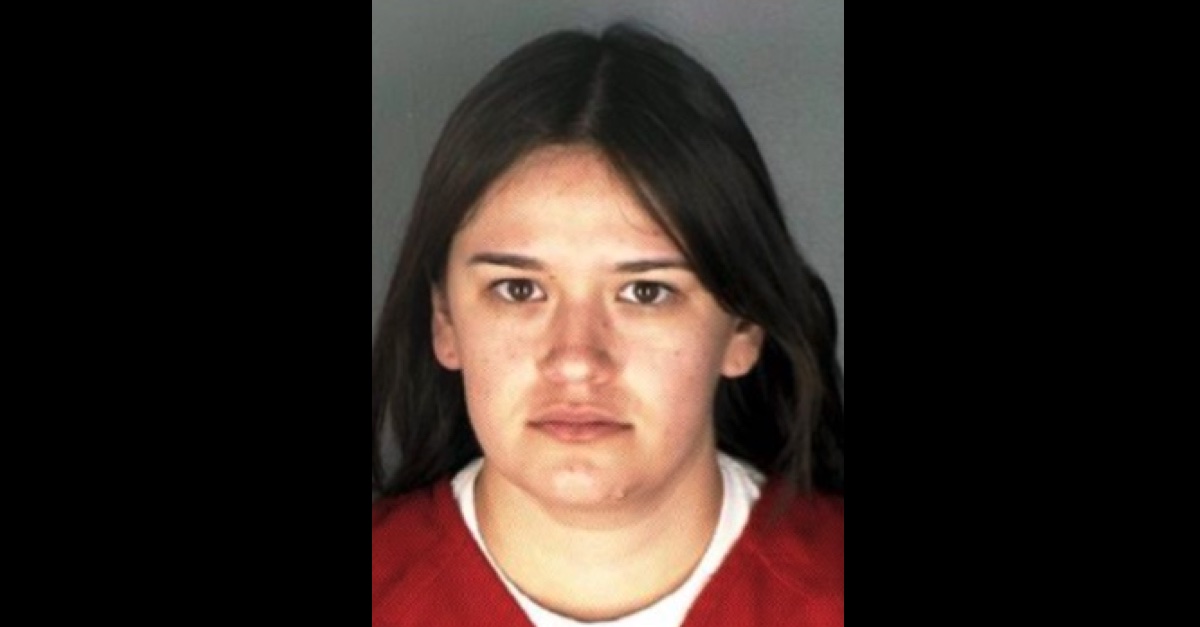 A Colorado woman who allegedly shot and killed her letter-carrier ex-boyfriend while he was on the job is now facing murder charges.

Devan Schreiner, 26, appeared in a Boulder courtroom on Tuesday, and was officially charged with first-degree murder in the death of Jason Schaefer, 33.

The shooting happened shortly after 12:30 p.m. on Oct. 13, according to a press release from Longmont police. Schaefer was shot in front of neighborhood mailboxes and died at the scene, police said.

Schaeffer was identified by a friend and coworker, according to the arrest warrant affidavit. According to the affidavit, when the postmaster arrived at the scene, his comment was: “Did the baby mama do it?”

Schreiner and Schaeffer were embroiled in what appears to have been an escalating custody battle over their 5-year-old child. According to a report by local TV station KMGH, Schaefer had recently requested to modify the co-parenting agreement so that he would have more time and decision-making responsibility.

Court documents said: “Schreiner was not giving Schaefer her new address, was changing pickup times and locations, and that the child had been injured several times and exposed to COVID during Schreiner’s time with the child,” according to KMGH.

Schaefer claimed that Schreiner “refuses to co-parent the child, was not communicating about taking the child out of therapy and would not enroll the child in kindergarten,” KMGH reported. “Schaefer’s attorney asked the court to give Schaefer the majority of the parenting time and sole decision-making responsibilities.”

Schreiner had previously worked at the U.S. Postal Service in Longmont, but was fired about two weeks before the shooting because of “an incident,” according to the affidavit. Schreiner had recently started working at the USPS in Loveland.

GPS data showed that after the shooting, Schreiner’s USPS scanner, which is used to report location data to USPS servers throughout the day, was stationary for more than two hours around the time of the shooting, from around 11:00 a.m. to around 1:30 p.m., according to the affidavit. After that, the scanner started moving again, and was returned to its port at the Loveland postal office at around 4:30 p.m.

Schreiner, meanwhile, had told investigators that before noon that day, she had driven to the home of someone whose name is redacted from the affidavit. Schreiner said that she and this other person ate pizza rolls and drank water, according to the affidavit. Schreiner then said she and this person got into an argument, after which she went to her postal vehicle, sat in it and cried for a while, and then returned to work.

Schreiner told detectives she left work around 5:00 p.m. She was seen walking her dog in the area of her home at around 5:15 p.m., according to the affidavit. She called Longmont police at around 5:30 p.m., and then drove to the police station to speak with detectives, the affidavit said.

According to the affidavit, investigators visited an unidentified school, where they spoke with Schreiner’s sister, Rosa Shore. Rosa told investigators that Schreiner had threatened to shoot someone, although it’s unclear who, as names were redacted from that part of the affidavit.

According to Boulder County court records, Schreiner’s next court date in this case is set for Jan. 10, 2022. Records also show that Schreiner has a Nov. 16 hearing in a different case.

You can read the arrest warrant for Schreiner, below.