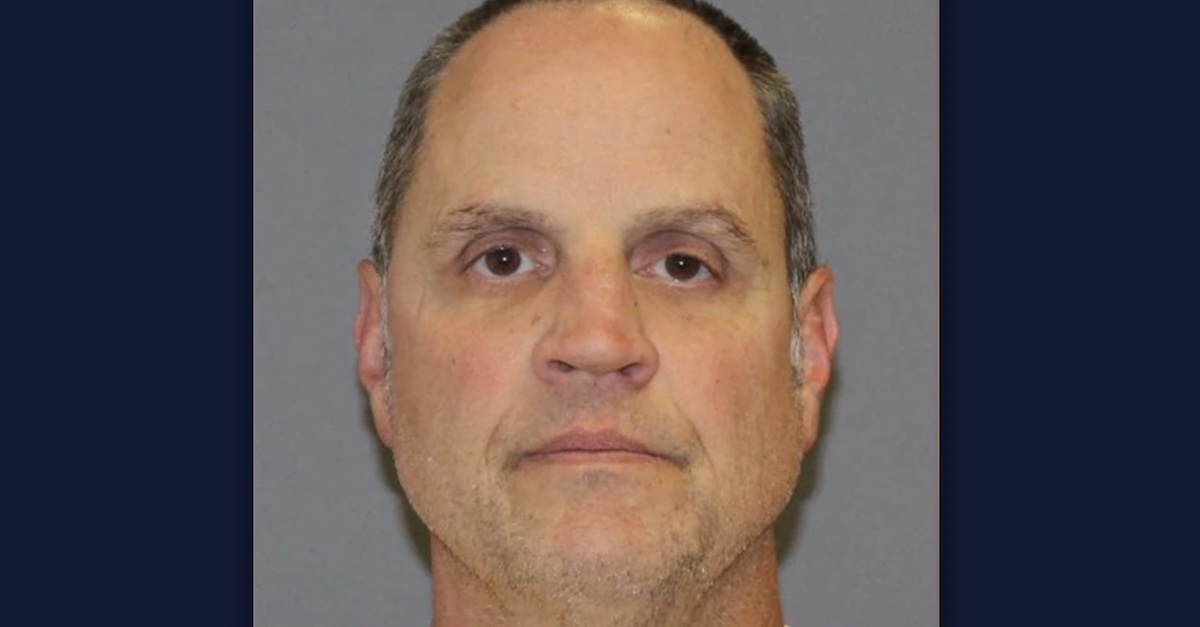 A 61-year-old intensive care unit nurse in Colorado was arrested last week for allegedly recording himself sexually assaulting multiple patients over the course of several months.

Christopher Peter Lambros was taken into custody on Oct. 25 and charged with three counts of sexual assault involving penetration of a victim unable to consent (see: § 18-3-402), court documents reviewed by Law&Crime show.

According to a probable cause affidavit from the Grand Junction Police Department, the investigation into Lambros began when a colleague at approximately 8:45 p.m. on July 9 called 911 to report that an employee at St. Mary’s Hospital on North 7th Street had witnessed Lambros “taking photos of a patient’s genitals” that evening.

Police say that the colleague who allegedly witnessed Lambros’ conduct told the investigator that she had gone to the intensive care unit to check on a patient and noticed that the lights were off and the curtain was drawn.

“When she pulled back the curtain she saw the patient, who was unconscious, with her gown pulled up, exposing her breasts, and the bed sheet was pulled down, exposing the patient’s genitals,” the affidavit states. “[The witness] said she saw a nurse, who she knew as Chris Lambros, with his head on the patient’s stomach, with his face toward the patient’s feet, with what she believed [was] his right arm extended, holding what she was sure was an unknown make/model cell phone in a black case, in a position as if he was taking a ‘selfie’ picture.”

The witness allegedly said that when Lambros saw her, he dropped his phone on the patient’s bed and covered her back up with the gown before leaving. The witness then reported the encounter to her supervisor.

When investigators asked Lambros about the incident, he allegedly claimed he was giving the patient “an injection of blood clots” and denied having taken any photos and said he’d had “petty workplace issues” with the colleague who claimed to have caught him.

The officer then seized Lambros’ phone, stating there was probable cause that he’d committed the crime of Invasion of Privacy for Sexual Gratification, according to the affidavit. Lambros refused to provide investigators with the pin to unlock the phone, but investigators were able to access it after obtaining a search warrant.

A digital forensic analysis of the phone allegedly revealed “photographs and videos of Lambros posing with a number of victims who were unconscious, in the hospital setting” as well as Lambros “photographing himself sucking on victims’ breasts and digitally penetrating victims,” the affidavit states. The data also allegedly showed that 168 photos and videos had been deleted form the device between April 30 and July 9.

According to investigators, Lambros on April 30 filmed two videos showing him “sucking on the breast of an unknown female.”

In another video from June, Lambros appears to reference the fictional serial killer Dexter Morgan, who kept a collection of blood slides from each of his victims as trophies.

“In video recovered from 6/24/2022 at 17:30 hours, Lambros can be heard whispering to the camera saying ‘don’t ever get rid of these videos’ and ‘you need to keep them forever… this is your Dexter collection,'” the affidavit states.

Videos from June 25 and July 9, the day his colleague reported him, also allegedly showed Lambros sucking on the breasts of unconscious patients.

Lambros is currently being held in the Mesa County Jail on $250,000 bond.

St. Mary’s Hospital released a statement saying that Lambros was terminated after his arrest.