Army Specialist Darlene Krashoc Was Brutally Strangled in 1987. Now Her Killer Is Finally Behind Bars. 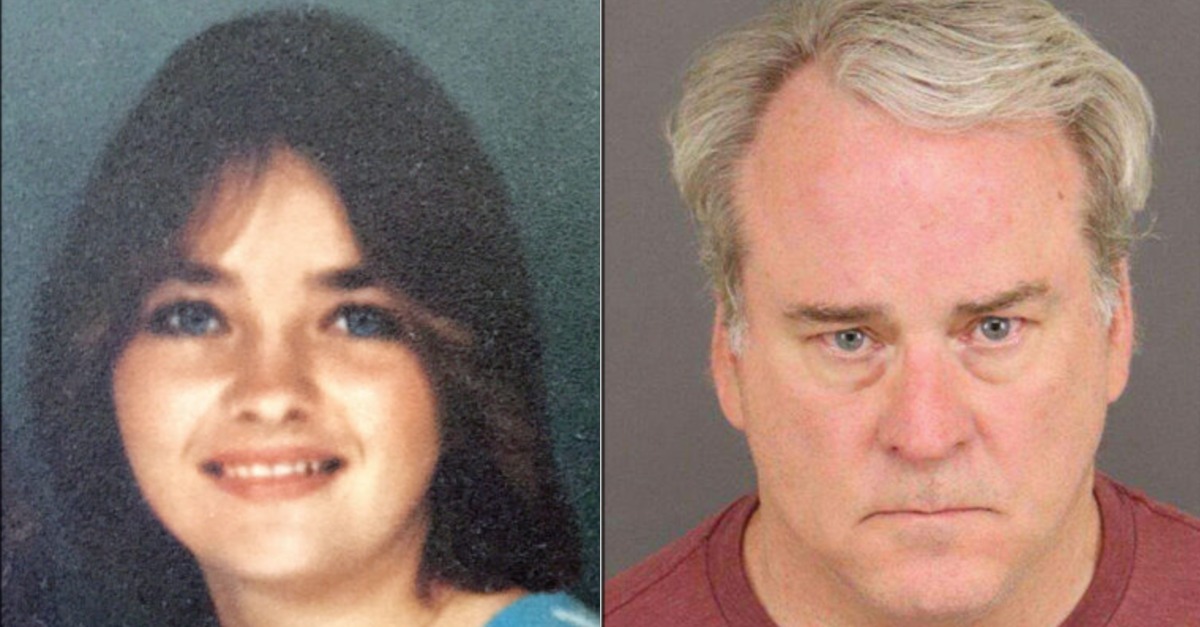 Army Specialist Darlene Krashoc was just 20 years old when she was brutally strangled to death and then dumped behind a restaurant in Colorado Springs. That was in 1987. Now, just over 34 years later, the young woman’s convicted killer Michael Whyte has finally been sentenced for the crime.

“It feels satisfying to know that the hard work and collaboration among multiple agencies in the pursuit of justice finally led to a successful resolution,” CID Forensic Science Officer Jessica Veltri told the Fort Carson Mountaineer in a story published Friday. “One that I hope brings some measure of peace to Darlene’s family and friends.”

Krashoc’s body was discovered in late March of that year by officers with the Colorado Springs Police Department. Her corpse was found behind the Korean Club Restaurant but an autopsy determined that she had been killed elsewhere and later moved to the establishment.

But the case eventually went cold and the details of the tragedy languished in filing cabinets for nearly two decades.

In October 2003, the case was formally reopened and the files were transferred by Colorado Springs officials to the U.S. Army Criminal Investigation Laboratory in hopes that updated technology would at least provide some additional clues. But it would be more than another decade before any substantial progress was made.

In September 2014, Veltri, a forensic science graduate, picked up the trail after being assigned to reopen the case while stationed at the 22nd Military Police Battalion Joint Base Lewis-McChord in Tacoma, Wash.

In May 2016, Veltri submitted 27 pieces of evidence to an Army laboratory in Georgia to take advantage of the latest technology available there in collaboration with the Colorado Springs Police Department who worked to identify possible additional leads. The laboratory offered a form of testing known as phenotyping which Veltri had recently learned about in university.

“I was very impressed with SA Veltri and her initiative to use the latest technology on this case,” Jennifer Coslin, a biologist who worked the DNA samples, told the outlet. “Investigative genetic genealogy is a rather new tool, and it was able to help us breathe new life into this investigation.”

In December 2016, Parabon Nano Labs was brought in for their speciality in phenotyping, a method that is used to predict physical appearance and ancestry via DNA regardless of what is known about the sample. In January 2017, the lab got a hit for for the would-be suspect’s ancestry, eye color, hair color, skin color, potential freckling, and face shape.

In May 2019, genealogical information and a name turned up in a database.

“We received the investigative genetic genealogy report and there was only a single name listed in the report,” Coslin recalled. “That was a pretty memorable moment … we were able to put a name to the unknown profile. I wasn’t sure if we would ever get to this point.”

“Receiving the results of the genetic genealogy report and hearing how the analyst worked through publicly sourced data to identify a specific name was incredibly exciting,” Veltri said. “We finally had a viable lead that could potentially confirm Michael Whyte was the killer.”

Whyte was sentenced to life without parole by a Colorado Springs jury late last month.