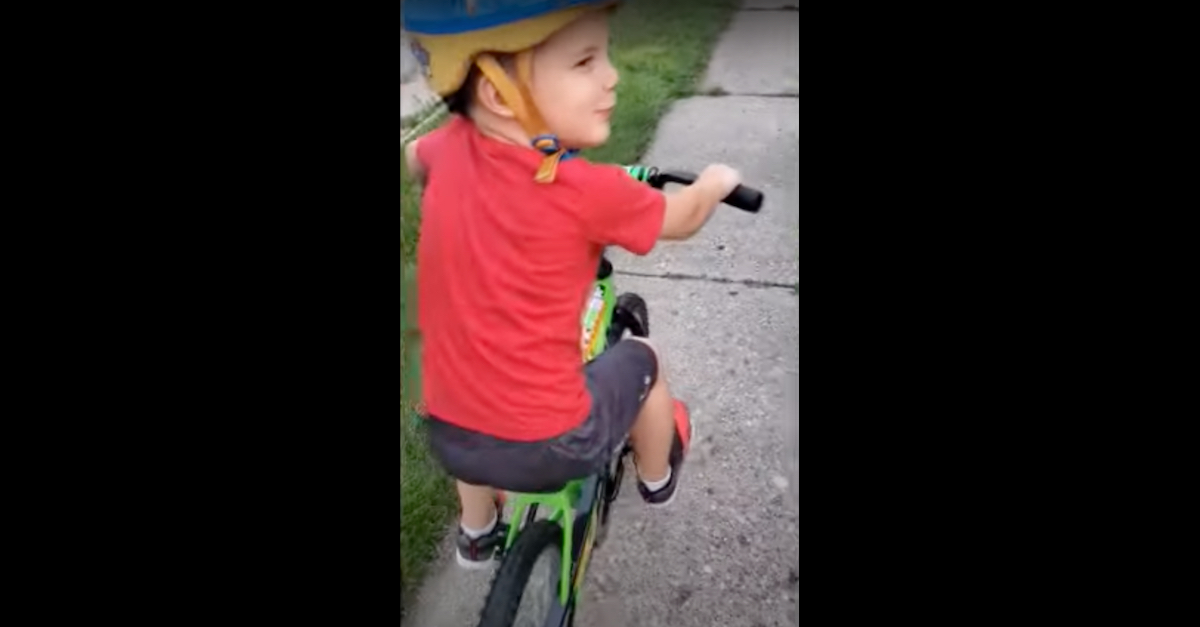 Dylan Thebo appears in a screengrab from a YouTube video.

Law enforcement authorities in Michigan say a father who had threatened to kill his estranged wife and her children in the past finally shot and killed their 3-year-old son before turning the gun on himself earlier this week, several local news organizations reported.

Deputies with the Kent County Sheriff’s Office on Wednesday said that 32-year-old Derek Thebo shot himself and his young son, Dylan Thebo, in their home located in the 11000 block of Barnsley Road in Lowell, Mich., about 20 minutes east of Grand Rapids. Officers entered the residence in response to a call from family members requesting a wellness check. The family reportedly had not heard from Derek in several days. Upon entering, the deputies found the father and son deceased from apparent gunshot wounds.

Several neighbors told regional newspaper consortium MLive Media Group they were “shocked” to learn that their neighbor—a former corrections officer for the state—may have been responsible for such an atrocious act.  However, local FOX affiliate WZTV reported that Derek Thebo had allegedly threatened to kill himself and others in the past.

“He threatened to kill me, my children, and my family, and to commit suicide afterward,” she wrote in an affidavit. “He rattled off the names of my family members and said he knew where they worked, he knew when they were home, and that he could get to them and hurt them.”

According to the filing, Thebo allegedly made such claims “every time” the two fought, often getting specific and telling her that he would save her daughter from a previous relationship “for last.”

The two were in the midst of contentious divorce proceedings when Derek and Dylan were found dead.

“One time we were having a conversation about a news story where a woman drove her car off a bridge killing her and her children,” Dylan’s mother wrote in the request for the protective order. “He said something about the woman was probably trying to save them from something worse or protecting them from someone else. This led to him threatening that if I ever left him that he would protect his son from whatever I might expose him to outside of our marriage. To me this was a threat to kill our son if I ever left him. He would repeat this threat when we would get into an argument and I would leave.”

According to a report from local NBC affiliate WOOD-TV, a judge granted the restraining order — but it was dissolved on March 22 after Derek and his wife agreed to a mutual restraining order.

In a social media post, Dylan’s mother said the family was “absolutely devastated.” She added that “there are no words to describe how much Dylan will be missed by all who knew him.”

A GoFundMe page has been set up for the family with a goal of reaching $20,000.  The fundraiser had already surpassed that amount as of the time of this report.