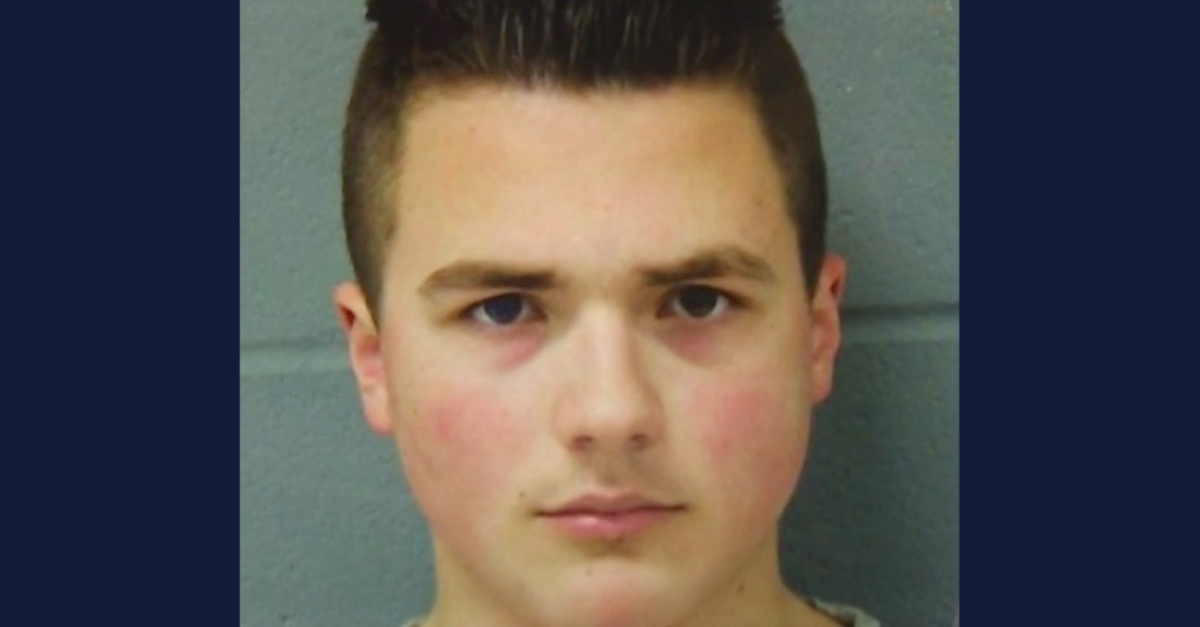 A federal grand jury indicted a young man for allegedly setting fire to a synagogue. Franklin Barrett Sechriest, 19, faces a count each of damage to religious property, use of fire to commit a federal crime, and arson.

“The damage was extensive, including the destruction of our historic doors and damage to the exterior of our building and our stained glass windows you see above,” the synagogue said in a statement requesting donations for repairs. “Unfortunately, there is extensive smoke damage to our sanctuary and remediation and restoration will take significant time and expense.”

Surveillance footage showed the suspect carrying a five-gallon container and toilet paper toward the synagogue, the U.S. Department of Justice said in a press statement Thursday. Cameras recorded the fire’s glow appearing to come from the sanctuary, and Sechriest jogged away into a vehicle, authorities said.

Investigators discovered items similar to or linked to that in the video, including clothes and a receipt for a five-gallon container, the DOJ said. He also kept handwritten journals about the fire.

Authorities have said that he kept a daily log of activities, which included a confession.

Sechriest on Oct. 28 scouted the synagogue, going to its Child Development Center, authorities said. He wrote he scouted “a target,” and he wrote “return to base.”

In a Feb. 2 detention filing, prosecutors said the suspect robbed four Black people and a Hispanic person at Texas State University last August. Sechriest had been a student at the school, according to court filings. Sechriest, who is white, allegedly expressed anti-Semitic and anti-Black hate in his journal entries.

“Those journals also specifically described his acquisition and use of firearms, Molotov cocktails, and other dangerous weapons,” prosecutors wrote. “When Defendant was arrested in November 2021, he was found with materials commonly used to make Molotov cocktails, signifying his intent to engage in more violent criminal conduct and escalate his dangerousness.”

Sechriest’s attorney Daniel H. Wannamaker requested a psychiatric and psychological exam for his client, suggesting the 19-year-old was incompetent for trial.

“This mental disease or defect possibly renders FRANKLIN BARRETT SECHRIEST mentally incompetent to the extent that he is possibly unable to understand the nature and consequences of the proceeding against him or unable to assist properly in his defense,” he wrote in a Feb. 9 filing.

That is still ongoing, Wannamaker told Law&Crime in a phone interview on Friday. He said his client lives with autism and Tourette’s syndrome. Wannamaker maintained there were two victims in this — not just the synagogue, but Sechriest, too. Sechriest’s conditions made him vulnerable to grooming by right-wing, nationalistic propaganda on the Internet.

“They’re the real villains,” he said of the propagandists.