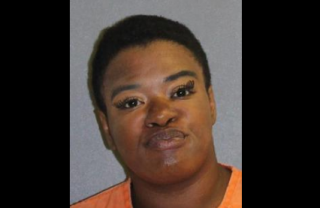 Maybe she had a serious case of the munchies? According to deputies in Orange County, Florida, Ashley Goldson slid behind the wheel of a delivery truck that was parked at a gas station, and took off with the vehicle and its cargo of bagels early Tuesday morning, the Orlando Sentinel reported.

Deputies say they followed Goldson until she stopped at a driveway, then arrested her for grand theft. But it didn’t end there. During a body search when they booked her, an officer found a piece of paper towel in Goldson’s bra. Goldson immediately tried to eat it before officers could identify it, but she didn’t scarf it down fast enough, according to investigators. The officer searching her snatched the paper and found marijuana wrapped in it. Goldson was then hit with the additional arrest charge of bringing contraband into a detention facility.

The bagel truck was returned to its rightful owner.