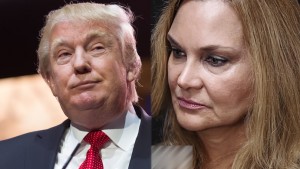 The only one who seems to be taking the sexual assault allegations against Donald Trump seriously is Donald Trump.

A presidential nominee is before TV cameras 24/7 while commentators discuss everything from his finger size to his hairstyle, and yet, no one is talking about a allegation that he attempted to rape a business associate. Last May, the New York Times ran a story that detailed, among other sickening parts of Trump’s past, that former Trump business associate Jill Harth had made serious allegations of sexual assault against Trump in the early 90s.

The Times story, though comprehensive and obviously well-researched, was largely ignored by the wider media.  Media Matters for America, a liberal media watchdog website, conducted a search for coverage of the Harth story from May 23 through July 18, and found no mentions of Harth by name, nor any discussion of her allegations against Trump. That’s bizarre, given the usual media frenzy over all things sex and politics. 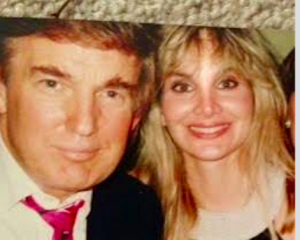 LawNewz.com ended the media’s silence when it aired Dan Abrams’ exclusive interview with Jill Harth on July 18th. In the interview, Ms. Harth unfolded a pretty traumatic tale of having defended herself against Mr. Trump’s alleged unwanted and aggressive advances.

“He is showing this mural and the next thing I know he was pushing me up against the wall, and was making a move on me, and was all over me and again I was taken aback. I was shocked he was doing this and there were people around.  It was unsettling, I was nervous, and I couldn’t understand why he was doing with me. I had to push him off of me,” she recounted.

It is, of course, possible that Ms. Harth is making the whole thing up. After all, as Trump’s campaign quickly pointed out, she asked for a job doing his makeup. But that possibility is often afoot in sexual assault allegations, and it doesn’t usually shut down media interest. Consider the numerous allegations against Bill Cosby. The media rushed to embrace every sordid detail, uncover every bit of past legal drama, and sensationalize every move he made in response. But with Trump? Nothing.

The media blackout would be odd enough on its own, but odder still was that eight minutes after sister site LawNewz.com posted Dan Abrams’ interview with Jill Harth, Donald Trump himself got on the phone with LawNewz editors to dispel the story. In the middle of the pandemonium that was the RNC, Trump found his way to a phone, spoke with LawNewz editors, and characterized Jill Harth as a crazy, lovesick liar who had already been discredited by none other than the National Enquirer. “If you look in the National Enquirer, there was a story in there that she was in love with me. The woman has real problems,” Trump told LawNewz.com in a phone call.  “It’s ridiculous, I’ve never touched this woman.”

During Dan Abrams’ interview, he put all the same questions to Jill Harth that I would have. He pressed her about whether she had been clear and unambiguous that Trump’s advances were unwanted. Her answers had a certain undeniable ring of truth to them:

Jill: “he thinks everyone wants him.”

Dan: “You made it very clear that these were unwanted advances?”

Jill: “Absolutely. When someone says ‘stop it,’ that’s clear.”

Abrams also pointed out the inconsistency of Harth’s behavior. She filed a lawsuit against Trump years ago, then withdrew that lawsuit, denied its allegations to some degree, and finally, affirmed that those allegations had been true all along. Harth’s response again appeared reasonable. She said she filed the lawsuit because its allegations had been true. Later, when she and Trump reached a settlement, she withdrew it and took seriously her obligation to remain silent on its claims. Not wanting to “start trouble,” Harth only spoke up when Trump’s public denial of the truth of the New York Times article effectively branded her a liar. Not every victim of sexual assault ends up shaking in a corner – some rally to hold their attackers accountable. Andrea Constand and fifty other women have tried to do that with Bill Cosby. Jill Harth appears to be trying to join their ranks, even if the media won’t seem to let her.

I’ve never met Donald Trump or Jill Harth, and I have no personal knowledge of what happened between the two of them. But I have observed lots of witnesses. Only the very few are good liars. If Jill Harth is fabricating her allegations against Donald Trump, she should definitely pursue a career in show business, because the girl’s got talent.

Elura Nanos is a columnist for LawNewz.com and an attorney in New Jersey.