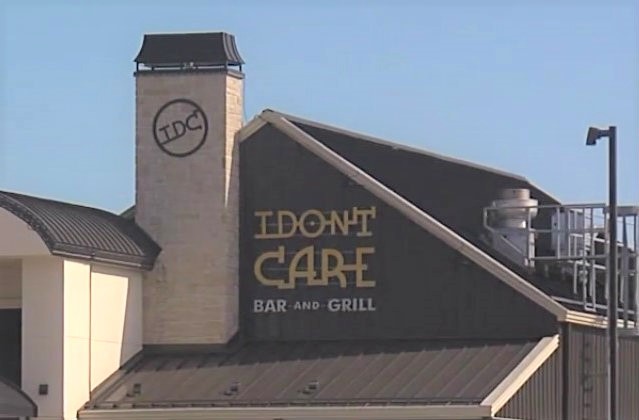 An Oklahoma restaurant is, uh, hiring after a dozen workers were fired for no-showing work. But their absence had nothing to do with their former employer, “I Don’t Care Bar and Grill” in Catoosa. The 12 were taking part in Thursday’s anti-Trump “A Day Without Immigrants” nationwide protest.

“They feel like they’ve been unfairly terminated,” an unidentified friend told KTUL in a Friday report. The source explained that they no-showed work to stand in solidarity with immigrants.

This got them fired via text. Here’s how one string of messages went:

Restaurant owner Bill McNally confirmed the firings in a statement to the outlet. He said there’s a “zero tolerance policy for no show/no call incidents and the 12 employees violated that policy.” McNally said he’d fired employers for no-showing work before.

The former kitchen staff don’t agree with the decision, though they claim not to be mad at him.

“They feel like he could’ve done something for them since they’d been working for him [for 2 years],” the friend said.

The dozen didn’t want the outlet to publish their names and faces, so it’s actually not specified if they’re noncitizens, documented or otherwise. The only article mentioned that they’re all Hispanic, and a friend translated on their behalf.

As things stand, the workers have little legal leverage since Oklahoma is an at-will employment state. Employment law and personal injury attorney Rosemarie Arnold laid out the dynamics at play here.

“You are right about it being an at-will employment state and therefore anyone who was fired as a result of taking off on that day will have no recourse unless they were fired specifically because they are Hispanic, which is a protected class,” she told Law Newz. “That would be very difficult to prove. You can’t just take off from work to protest if your employer tells you you have to be at work. It’s the same thing as taking off because you want to go to the beach or because you want to go to a parade or take part in any other for cause or non-cause event.”