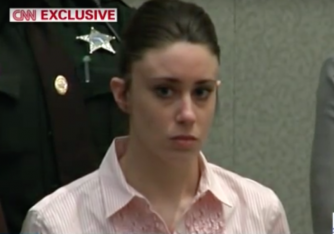 A private investigator who briefly worked for Casey Anthony’s defense team back in 2008 made some explosive claims in an affidavit filed in Anthony’s bankruptcy court proceedings, including an allegation that Jose Baez told him Anthony murdered her daughter and dumped the body.  Baez denies the allegations and calls the claims “libelous.”

According to the affidavit, Dominic Casey says he was hired by the Anthony defense team in the July of 2008 and shortly thereafter he claims Baez told him what really happened to Caylee Anthony.

“Saturday July 26, 2008, Baez told me that Casey had murdered Caylee and dumped the body somewhere and, he needed all the help he could get to find the body before someone else did,” the affidavit states.

Dominic Casey also seems to take credit for the theory used at trial that Caylee died as the result of an accidental drowning incident.

“August 8, 2008 I presented evidence to Baez suggesting there could have been an accident and Caylee drowned in the backyard pool.  The accident snowballed out of control, Casey panicked and dumped Caylee’s body.”

Casey also claims he resigned from the defense team in October 2008 after discovering that Anthony was having sex with Baez because she lacked funds to pay him. “I arrived at Baez’s office unexpectedly one day and once again, witnessed a naked Casey. This time she ran from his private office, through the conference room to the hallway. That night I told her that she cannot allow him to continue engaging in this behavior. Casey told me she had to do what Jose said because she had no money for her defense.”

In a statement to People magazine, Baez issued a strongly worded denial of all allegations made in the affidavit and threatened legal action.

Baez added, “I have always conducted my practice consistent with the high ethical standards required of members of the Florida Bar.  My representation of Ms. Anthony was no exception.”

According to People, Dominic Casey has a history of making claims that have “raised eyebrows” and Baez referenced some of them in his statement.

“This libelous claim is in line with many other outrageous claims and theories that this individual has advanced regarding the Casey Anthony case,” Baez’s statement said.

Attorney Baez sent us a response to this story threatening legal action, as he has done to other outlets that have also run with information obtained through the publicly filed affidavit.

He said, in part:

The source of these reports, an uncorroborated affidavit of a former investigator, who has a history of making outrageous claims to both the media and in court proceedings (See attached claims that Caylee Anthony was kidnapped by drug traffickers and flown in a plane operated by the post office to Venezuela, Colombia and Puerto Rico). This libelous claim is in line with many other outrageous claims and theories that this individual has advanced regarding the Casey Anthony case.