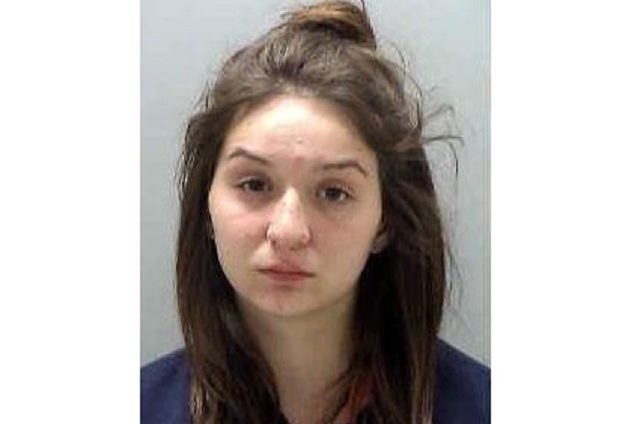 A 19-year-old pregnant woman in Minnesota is facing a manslaughter charge after an attempted stunt gone horribly wrong, authorities say. MonaLisa Perez and her boyfriend Pedro Ruiz III were allegedly filming a video on Monday for them to post on YouTube, where the plan was for her to use a .50-caliber Desert Eagle pistol to shoot at him while he held a book in front of his chest. In the end, prosecutors say, the bullet went right through the book, killing Ruiz.

Perez said that the stunt was Ruiz’s idea, and that they both thought it would be fine, since Ruiz had fired at another book beforehand and the bullet didn’t pass through. County Attorney James Brue said the book used in the failed attempt was a hardcover encyclopedia, according to the Minnesota Star-Tribune. According to court documents, Perez and Ruiz were standing only one foot apart from each other. They reportedly had multiple cameras filming it.

According to WDAY-TV, family members said the couple’s 3-year-old child was present and saw the whole thing.

The couple had been together for six years, and had posted other videos of pranks online in the past. Earlier on the day of the shooting, Perez had posted on Twitter, “Me and Pedro are probably going to shoot one of the most dangerous videos ever … HIS idea not MINE.”

Perez appeared in court on Wednesday, and was released on $7,000 bail. The top charge, second degree manslaughter, includes causing the death of another “by the person’s culpable negligence whereby the person creates an unreasonable risk, and consciously takes chances of causing death or great bodily harm to another.” It carries a maximum sentence of 10 years in prison, a fine of up to $20,000, or both.