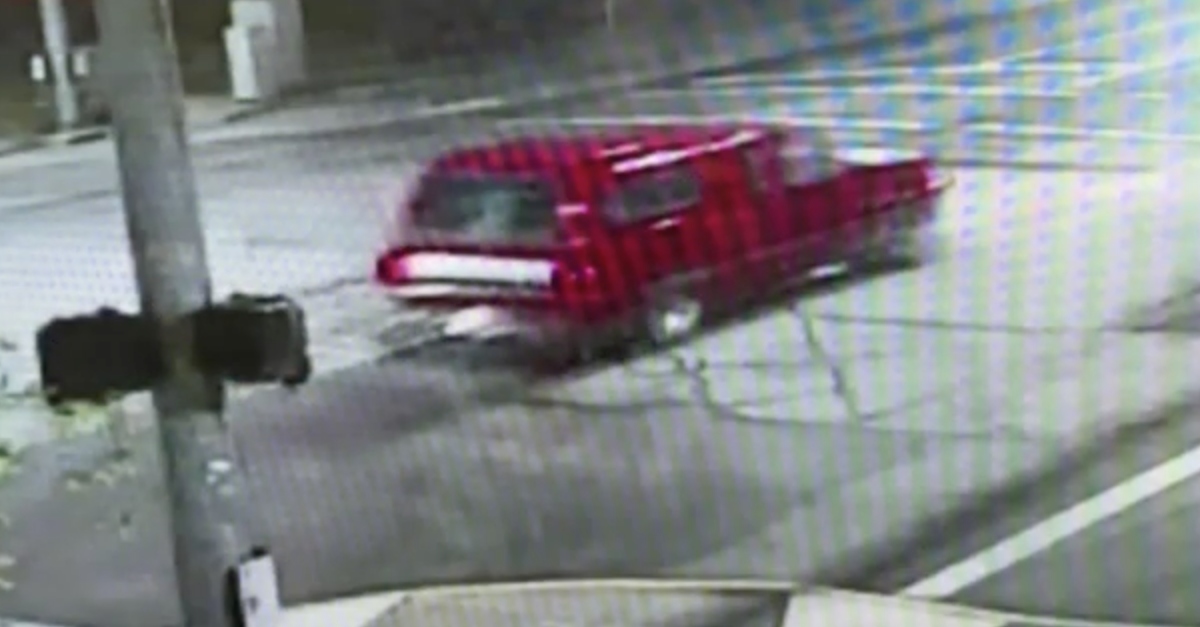 The Washington State Patrol (WSP) didn’t think a family’s alleged abduction hoax was very funny. No arrests have been announced, but the Thurston County Prosecutor’s Office is reviewing the case for possible charges.

This all started Wednesday night, when there was a possible abduction at Heritage Park in the city of Olympia, the WSP said.

By the time a trooper arrived, the suspects had already fled with the victims in a red Ford truck, authorities said. But surveillance videos did catch the fleeing vehicle, and the WSP posted it online in a bid to find everyone because it was too late.

Then the WSP said they got some information that this was a hoax. They said all parties involved have been identified and everyone is fine. Investigators determined that six members of one family and two family friends executed the hoax.

The family had been planning this for three weeks, authorities said. They wanted to play a prank on the youngest children aged 11 and 15. This idea was to make their scavenger hunt an “escape room-style kidnapping.”

A 17-year-old brought the kids to Heritage Park, and there, six adults, ages 20 through 28, jumped out of nearby bushes, and took everyone away in the Ford.

“The family believed the prank would be a fun opportunity for the family and didn’t realize the serious implications it would bring,” the WSP wrote.