Cop's Sandwich Had Razor Blade in It: NYPD | Law & Crime

Officer Cut His Mouth Biting into Deli Sandwich with Hidden Razor Blade in It: Cops 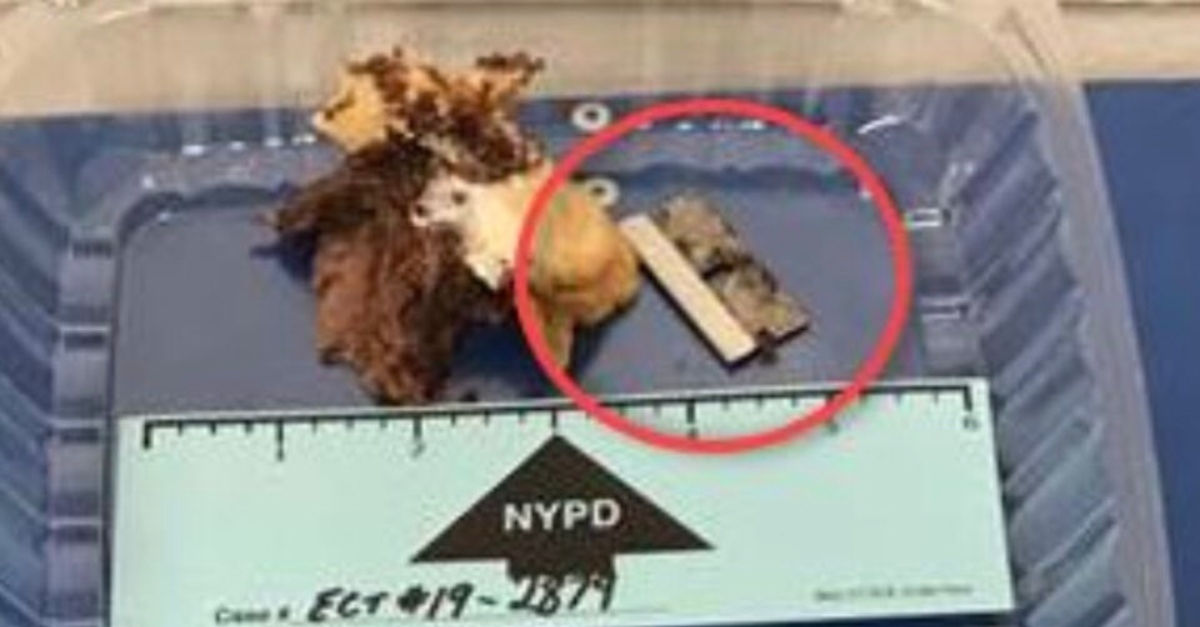 The New York Police Department say one of their officers bit into an deli sandwich that hid a razor blade.

To repeat: The NYPD has ZERO tolerance for acts of violence against our police officers. A sandwich bought at a Queens deli on Thurs. contained a razor blade that cut the inside of a @NYPDCT cop’s mouth. He’ll be OK, but a full investigation into this abhorrent act is underway. pic.twitter.com/nljW9Er2Uw

The officer was described as a member of the NYPD Counterterrorism Bureau. A spokeswoman for police told Law&Crime that an on-duty officer in plain clothes arrived at the Bon Appetit Deli in his marked vehicle. He purchased a sandwich and returned to base (he was in the Queens neighborhood of Rockaway Park for training), officials said. The officer bit into his meal, but was cut by a razor blade in the sandwich, cops said. He told supervisors, and was taken to the Nassau University Medical Center where he got treated for a laceration in his mouth, officials said.

This was an active investigation, the spokeswoman said. She declined to specific questions about the status of the investigation. Law&Crime called the deli in question, but the phone rang until we received an automated voice message saying that the call could not be completed.

Pat Lynch, president of the city’s police union, condemned the incident in a statement to the New York Post.

PBA President Pat Lynch called the harrowing incident a “sad state of affairs in our city.”

“Cops have to wonder whether we can safely eat a meal in the neighborhoods we protect,” he said. “We cannot allow this disturbing incident to be swept under (1/2)https://t.co/ZY6Mevcy0h