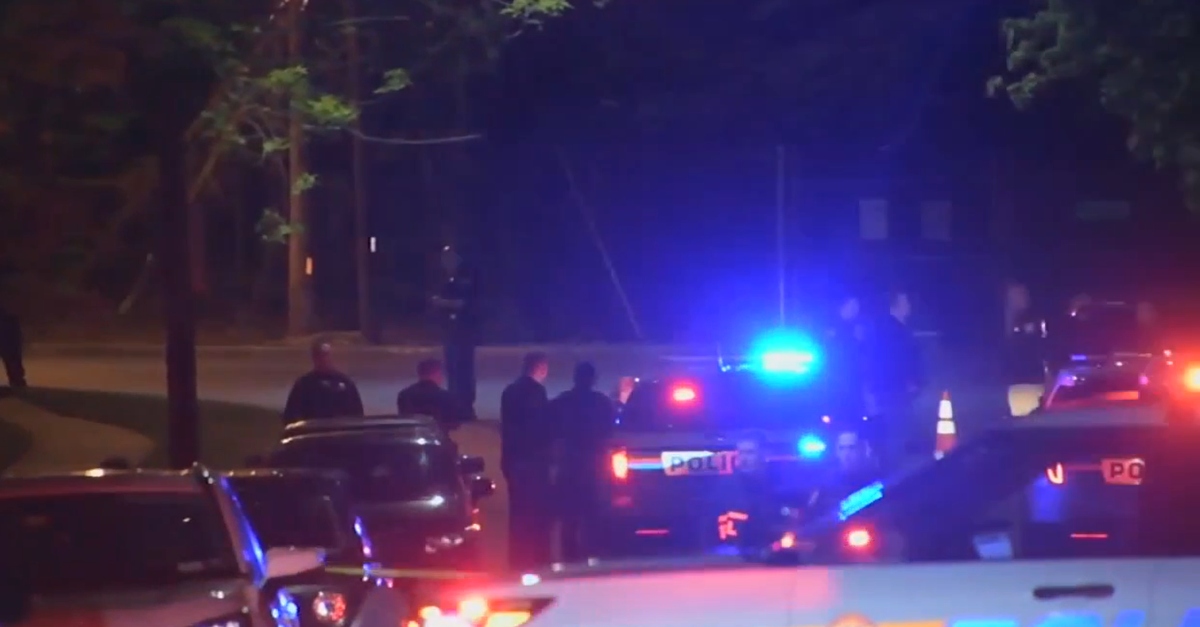 A New York City police officer allegedly shot a friend in the head in Farmingdale on Long Island. There was no criminal charge in the matter as of Wednesday, but he was taken into custody and questioned.

Detectives were told the cop was trying to break up a fight between friends Tuesday night, according to the police account in WABC. Shots were fired. Investigators said the man who died didn’t seem to have had a gun.

“I can tell you he was an NYPD officer that discharged his firearm,” New York City Police Commissioner Dermot Shea said. “As a result of that discharge, an individual was struck in the head and killed. And it’s an ongoing and very early part of that investigation.”

The officer was identified as a rookie assigned to the 109th Precinct in Flushing, Queens, sources told the New York Daily News. Law&Crime is not identifying him by name because he has not been charged with a crime.

The man who was killed was 25 years old, authorities said.

“We didn’t believe it, and it just makes no sense,” a woman who identified herself as his stepmother told WABC. “So when they told us who it was, it made even less sense to us. It just, we don’t understand it…I don’t understand anything. I don’t know. And the more I hear, and I read in the newspaper about the gunshots and the locations of the gunshots, it’s horrendous. It’s not a self-defense. It’s like an execution.”

The officer lived near the man in Farmingdale, police said. He allegedly went back home after the shooting, and told his father what he did, sources for the Daily News said.

“I appreciate it, but it’s a dead end,” an older man at the residence reportedly told a journalist. “Don’t come here. Thank you very much.”