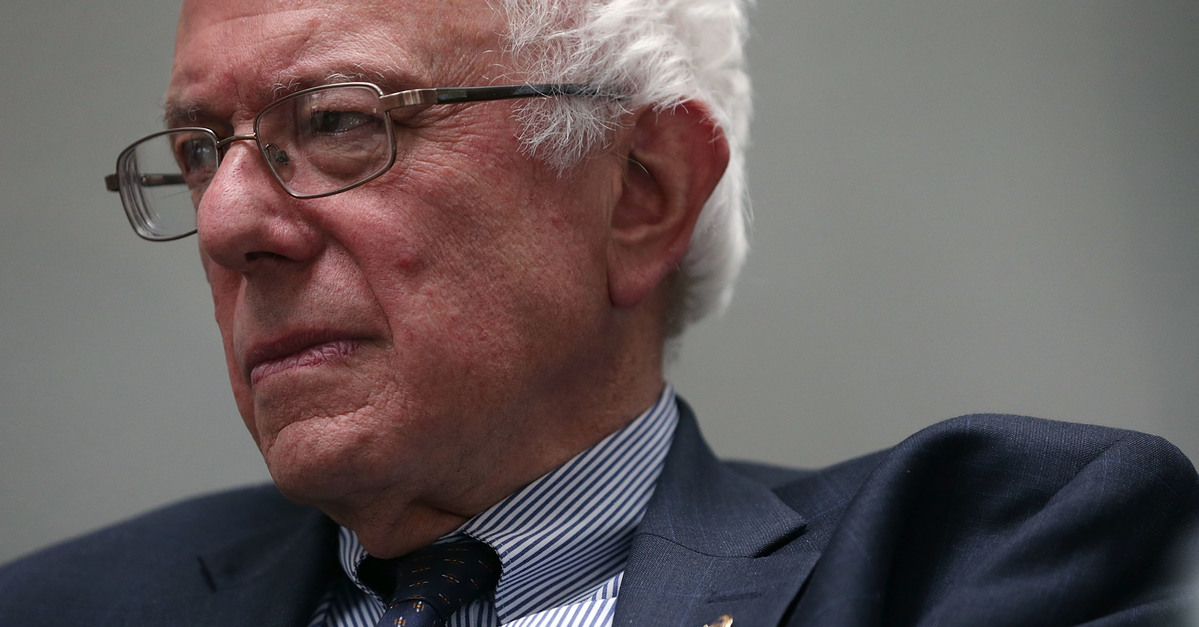 The official Facebook account for a branch of the Minnesota Republican Party posted an anti-Semitic image on Monday comparing presidential candidate and U.S. Senator Bernie Sanders to Adolf Hitler. Their attempt at an apology later made things worse.

The contents of the post are not worth repeating in detail, but generally contained a series of scurrilous and a-historical arguments comparing the Nazi Party leader to Sanders, who is Jewish, and whose family was killed during the Shoah.

“Earlier today we saw this post from the [Minnesota GOP] in Clay County, comparing Sen. Bernie Sanders to Hitler,” Jewish Community Action noted on Twitter. “There are a LOT of reasons this is a ridiculous, spurious comparison, and even more reasons why its deeply offensive, and anti-Semitic.”

Earlier today we saw this post from the @mnGOP in Clay County, comparing Sen. Bernie Sanders to Hitler.

There are a LOT of reasons this is a ridiculous, spurious comparison, and even more reasons why its deeply offensive, and anti-Semitic. pic.twitter.com/jo93pq7FFc

The organization then spelled things out a bit across a series of tweets:

First, and this should go without saying, comparing any Jew to the Nazis is bad form. Hitler was responsible for the murder of 6 million Jews. This is especially gross because Bernie Sanders has talked publicly about *his own family members* murdered in the Holocaust. Second, this particular post is deeply anti-Semitic, because it compares the super-rich, Bernie’s targets, to the Jews themselves. As if to say Jews are the same as the billionaires Bernie frequently talks about.Which is also how Hitler talked about the Jews, as it turns out.

“This post was absurd,” the group continued. “It was disgusting. And it was unquestionably, unapologetically, anti-Semitic.We deserve a public explanation for the post from [the Minnesota GOP], a public apology from the party, and assurances that the person responsible will not be posting in the future.”

The Minnesota GOP later apologized for the post in question:

The recent [Facebook] post by a volunteer with Clay County GOP is not appropriate [and] we do not condone these actions or their sentiment. We have called on the local GOP unit to remove the post.

But even their apology was controversial.

“We must, Republicans [and] Democrats alike, do better to dispel hate [and] come together as Americans,” the tweeted statement read.

One Twitter user took the GOP to task for both-sidesism.

Don’t Both Sides this shit, we’re all smarter than that. It’s insulting that you think we aren’t.

Another user whose avatar contains the mascot for the Philadelphia flyers chimed in with a similar criticism:

There was also a sarcastic rejoinder from someone named Stu:

“Knocking up the babysitter is not appropriate, and my wife and I both need to do better.”

Law&Crime reached out to the Clay County GOP for comment on this story, but no response was forthcoming at the time of publication.