Pablo Escobar's Face Was on a Package of Drugs | Law & Crime 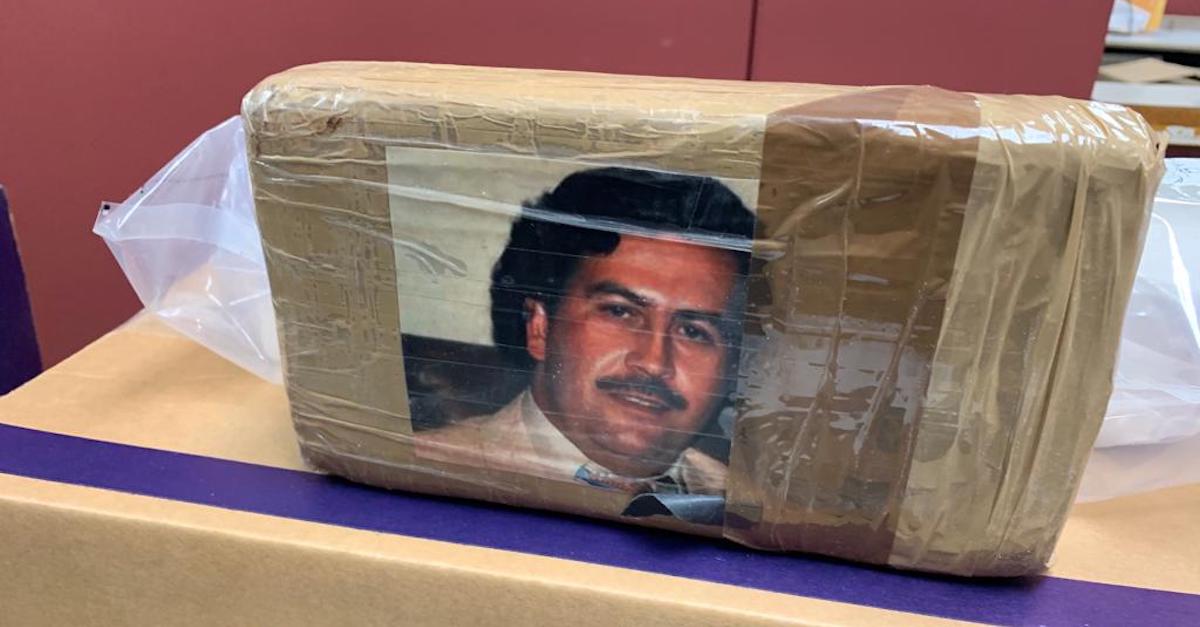 If you’ve got roughly 77 pounds of heroin and fentanyl hanging around at home in a package, it seems like a bad idea to put the face of one of the most infamous drug lords of all time on it. That didn’t stop the defendants we are about to discuss from doing just that, according to New York City’s Special Narcotics Prosecutor.

The Office of New York City’s Special Narcotics Prosecutor Bridget G. Brennan said in a press release on Monday that $10 million worth of drugs were seized in a Harlem raid on March 28.

Luisuidyn Garcia Mena and Ariel Hernandez were arrested on Friday and Saturday of last week as a result of a drug trafficking investigation. Hernandez faces charges of criminal possession of a controlled substance in the first and third degrees, while Garcia Mena has been charged with conspiracy in the second Degree and false Personation, authorities said.

A judge-approved search of an apartment in Harlem led authorities to a bedroom closet, where “Kilogram-sized packages were wrapped in brown, black and clear tape, with various labels affixed on top.”

One of the packages had Pablo Escobar‘s face on it. Escobar, a cocaine kingpin whose drug network was somewhat recently dramatized in Netflix’s Narcos, was the murderous boss of the Medellin Cartel in Columbia.

Among the labels was a photo of the notorious drug trafficker Pablo Escobar, as well as pieces of paper with the names “Pablo” and “Escobar.” Other labels bore recipient code names and images of airplanes. Several clear plastic bags were also filled with loose powder. Additionally, agents and investigators recovered approximately $200,000, a money counter, drug records and a kilogram press.

Authorities said that surveillance of the defendants led to their arrests and the charges they now face.

“The amount of fentanyl and heroin seized is a chilling reminder of the daunting threat lethal opioids pose to vulnerable substance users and those tempted to try readily available drugs,” Brennan said.

[Image via the Office of Special Narcotics Prosecutor]