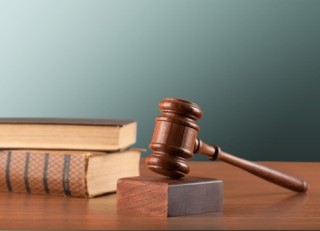 The prosecutor was stunned when a seemingly open and shut sexual assault case was tossed out due to a poorly worded law. A 17-year-old male was accused of having oral sex with a 16-year-old girl who was passed out after the two had been drinking alcohol, The Guardian reported. Witnesses said the girl had been stumbling and drifting in and out of consciousness before the boy brought her to her grandmother’s house, where the sex act allegedly took place. What resulted was a he said/she said, where he claimed it was consensual, but the girl had no recollection of the event at all. The court didn’t care one way or the other, dismissing the case due a loophole in Oklahoma law. Prosecutor Benjamin Fu told The Guardian that the result left him “completely gobsmacked.”

The boy was charged with forcible oral sodomy, which, unlike rape, does not include anything in the statute about intoxication. Oklahoma law says that if a person has sex with someone who is intoxicated, that person cannot give consent and it’s rape. But the people who wrote the law for sodomy, which includes oral sex, failed to use the same language. So even though there was DNA evidence that sexual activity took place, and the girl’s  blood alcohol level was reportedly a staggering .341 (compared to the state’s legal limit for driving, which is .08), the court ruled that no crime was committed. An appeals court agreed, saying the lower court properly interpreted and applied the law.

The appellate court said in their opinion, “we will not, in order to justify prosecution of a person for an offense, enlarge a statute beyond the fair meaning of its language.” The opinion is unpublished, which means it does not set a precedent for future cases to follow, but the same argument is already being used in other cases, according to Oklahoma Watch.

In order to prevent courts from ruling this way again, the state legislature would have to change the law. Michelle Anderson, Dean of the City University of New York School of Law who studies and writes about rape law, told The Guardian the Oklahoma statute “is entirely out of step with what other states have done in this area.”