Like a ‘Horror Movie’: Cops Use Taser on Bloody, Naked Woman Who Allegedly Tried to Bite Off Man’s Penis 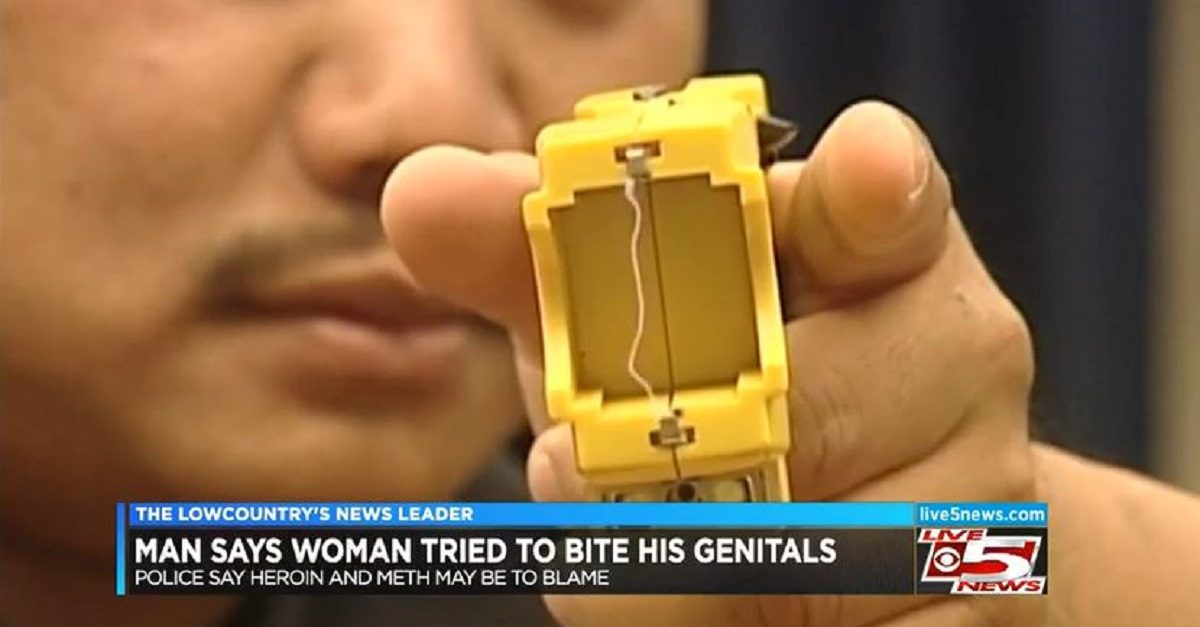 The Hanahan, South Carolina Police Chief was absolutely appalled by a case that his officers were involved in earlier this week.

According to Chief Dennis Turner, officers responded to a call about an alleged attack, entered an apartment, and found a woman naked, covered in blood, and approaching them on all fours.

“Honestly, it’s one of the most disturbing videos, body cam videos, I have seen in my career,” Police Chief Dennis Turner told local CBS affiliate WCSC. “It honestly reminded me of something you would see off of a horror movie.”

That’s not even the crazy part of the police story.

So far, none of the police body cam videos have been released, but if Turner’s account is any indication, they are not for the faint of heart.

The woman’s identity has not been revealed, as no charges have been filed at this point. Chief Turner said she was taken to a hospital for treatment, and that the investigation is still ongoing.