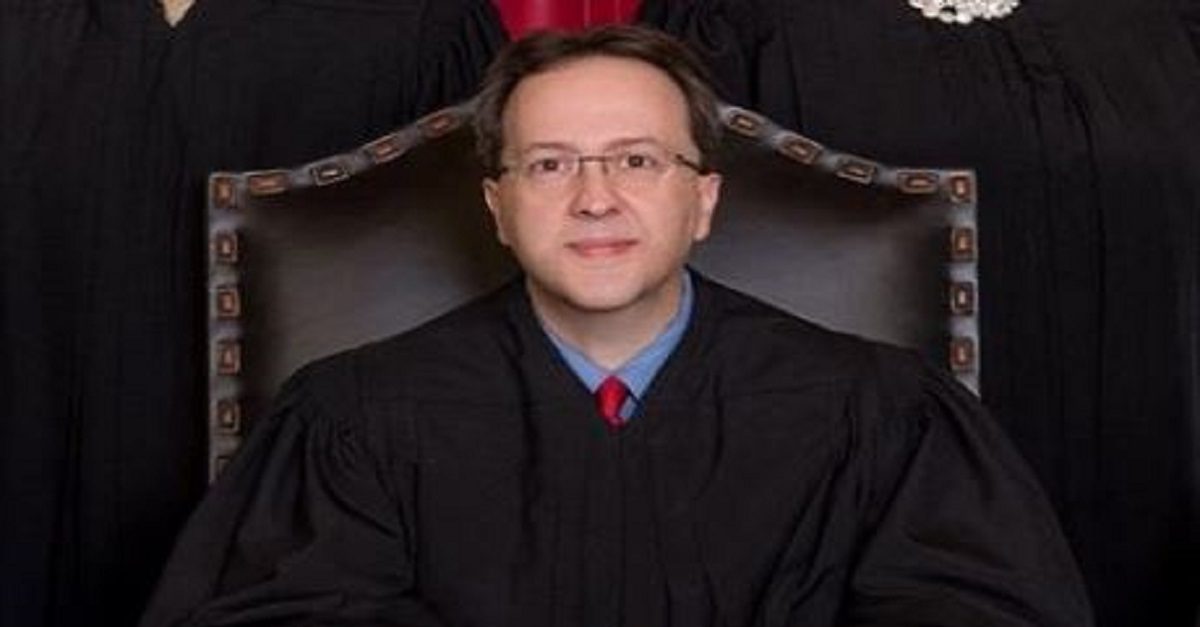 West Virginia Supreme Court Justice Allen Loughry, who authored a book on political corruption in his home state, was indicted on 22 federal charges, ranging from fraud to witness tampering, for alleged corruption of his own.

According to the indictment, Loughry fraudulently used a government-issued credit cards for personal use, took an historic Supreme Court desk back to his house for use in a “home office,” and then lied about it to cover it up. Prosecutors says the Justice Loughry falsified the mileage on trips he took in a Supreme Court car, for which he used a government card for payment. They also say he claimed to use government vehicles for business, when he was really using them–and credit cards– for personal use. He also allegedly lied to fellow Supreme Court Justices about it.

The indictment says that when confronted with allegations, Loughry lied about his actions and tried to accuse others of fraud. On top of that, he allegedly tried to influence the testimony of a Supreme Court employee before a grand jury inquired about court expenditures, after a news report came out that looked into the cost of his office renovations.

Loughry is now facing charges including wire fraud, making false statements, witness tampering, and mail fraud. In 2006, when he was a law clerk, Loughry published a book, titled, Don’t Buy Another Vote, I Won’t Pay for a Landslide: The Sordid and Continuing History of Political Corruption in West Virginia. The indictment points this out, and also notes that Loughry’s Supreme Court bio mentions the book, and that he is a frequent speaker on issues including government, politics, and ethics reform.

The Supreme Court Justice, who refused to comment to reporters after a court appearance on Wednesday, has been suspended without pay pending the case. Loughry originally took office in 2012, slated for the standard 12 year term, and became the court’s Chief Justice in January of 2017.