Judge Slapped With ‘Severe Public Censure’ For Being Insensitive to Women, Minorities 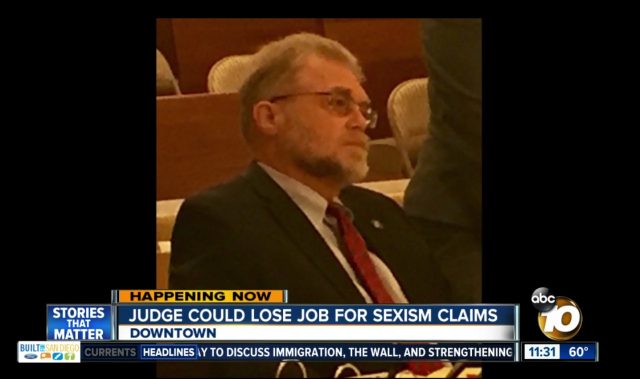 A judge in California has been disciplined after accusations that his courtroom demeanor was frequently “insensitive, indecorous and discourteous,” and could likely be perceived as biased against racial and ethnic minorities and women.

Judge Gary Kreep was issued a “severe public censure,” which is the second most serious disciplinary measure shy of removal.

According to an August 17 decision and order issued by California’s Commission on Judicial Performance, Judge Kreep was brought up on eleven counts of judicial misconduct–with multiple untoward actions alleged in at least two of the counts. The combined number of charges contained in those eleven formal counts totaled up to 29 various incidents of impropriety.

Citing credible testimony of a witness against him, the report notes:

“Judge Kreep was charged with telling an African-American superior court employee who had participated in a Halloween costume contest that she should not say she “didn’t win due to racism” or words to that effect.”

The Sunshine State’s top judicial watchdog and disciplinary authority found Kreep found guilty of that charge and seven others–for a total of eight ultimately sustained allegations (out of eleven distinct counts) against him. Lawyers for the commission had originally argued the judge be removed from his position because of the severity of his misconduct and the disrepute it brought on the San Diego Superior Court system.

A different series of incidents the commission found credible (and highly distasteful) involved another African-American woman–this time a city attorney who regularly appeared before him. According to the report:

“Judge Kreep told Ms. [Terri] Winbush she resembled Star Parker, who was a beautiful African American woman. Ms. Winbush was not flattered by the comparison, and it made her uncomfortable.”

Kreep was also found to have made derogatory statements towards Hispanics and illegally campaigned against President Barack Obama.

In the end, however, Kreep was–just barely–allowed to keep his job because most of the bad behavior occurred during his initial campaign for judge in 2012 and his first year on the bench. The commission was apparently moved by testimony that Kreep understood his wrongdoings and has since corrected his mistakes.

He’s up for re-election this year.