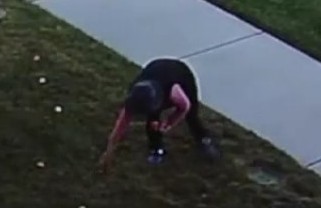 A family claims alleged thieves plucked Easter eggs from their yard and then returned hours later for the decorations.

Janet and Michael Ford live in Chula Vista, California with their one-year-old son, Gabriel. Sunday was his first Easter. They wanted to make it special with an Egg hunt.  They leave the eggs in their yard, went to church, and came back to find them missing. Surveillance footage actually caught some other people actually stealing the Easter Eggs. Well, at least somebody got to have a hunt that day.

Then the alleged thieves came back later that night to cut Easter decorations from the tree. Who the heck steals holiday stuff on two separate occasions throughout the same day? That’s what the Fords want to know.

The family told ABC they hope viewers recognize the suspects from the surveillance footage and turn them into police.