FAA Looks to Fine Three Unruly Passengers a Total of $34,500 for Flipping Out, Refusing to Wear Masks on Flights 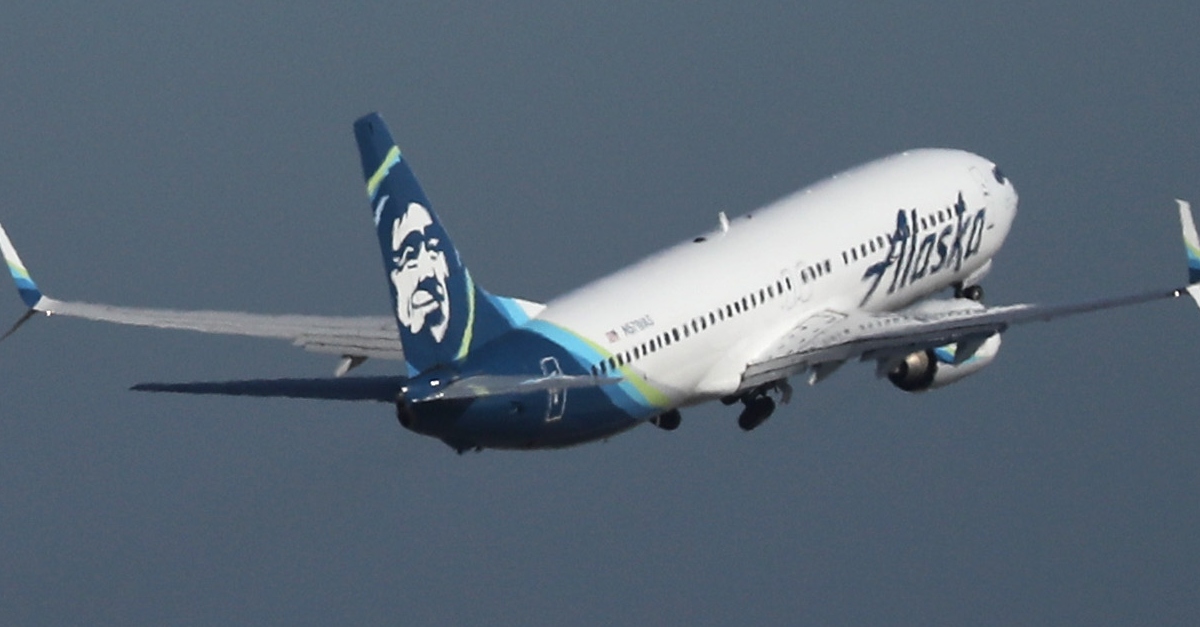 The Federal Aviation Administration (FAA) proposed levying fines ranging between $9,000 and $15,000 against three unruly airline passengers who repeatedly refused to comply with facemask mandates and in one case physically “shoved” a flight attendant, the agency announced Monday.

The enforcement actions against passengers from JetBlue, Southwest, and Alaska Airlines, were handed down as part of the FAA’s zero-tolerance policy against “dangerous behavior by passengers,” the FAA said, noting that it had received “about 1,900 reports” about passengers violating the federal facemask mandate since the start of the year.

The $15,000 fine was sought against an Alaska Airlines passenger flying from Washington, D.C. to Seattle on Jan. 7, one day after supporters of former President Donald Trump stormed the U.S. Capitol Building in an attempt to prevent Congress from certifying the Electoral College votes.

That flight made headlines in the aftermath of the Capitol siege because the airline banned 14 passengers from future flights on Alaska Airlines for declining to wear masks. A woman on board the flight told local CBS affiliate KIRO7 that “several passengers, many wearing hats that indicated their support for [Trump], took off their masks and refused to put them back on.”

The JetBlue passenger could be on the hook for $10,500 for repeatedly refusing to wear a mask after boarding a flight from Orlando, Florida to New York City in March. The agency said that every time the flight crew instructed the man to put his facemask on in a way that covered both his mouth and his nose he refused and shouted “profanity.” The passenger’s obstinance forced the captain to have ground security board the aircraft.

“When they arrived and asked the passenger to get off the plane, he became combative and irate and loudly refused to get off,” the FAA stated. “The captain then called for law enforcement. After law enforcement arrived, the passenger continued to be combative and irate and initially refused to get off the aircraft. When he gathered his belongings to leave the plane, he started screaming at a flight attendant.”

The FAA is also seeking a $9,000 fine for Southwest Airline passenger on a Feb. 20 flight from California to Texas. The agency alleged that the man refused to follow a directive to put on a mask and when a flight attendant gave him a new mask, “he threw it on the floor, saying he would not wear it.”

After being informed of the CDC and TSA mask mandate, the passenger insisted that “facemask-wearing would not be enforced in Texas,” the agency said. His claim proved baseless when he was greeted by law enforcement at the arrival gate in Houston.

“Wear a mask. It’s required. Period,” Sara Nelson, president of the Association of Flight Attendants-CWA International, said in a statement concerning the proposed fines. “The freedom of flight depends on all of us following the rules and treating others with respect. Flight attendants are charged with the safety, health and security of everyone in the cabin. Our instructions to the traveling public keep everyone safe. Listen up and do your part. The consequences are steep if you do not, and the FAA isn’t playing around on this.”