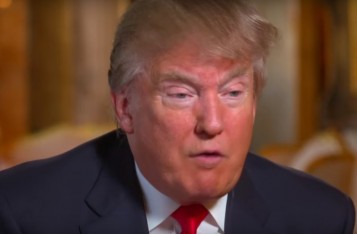 Republican Party presidential candidate Donald J. Trump took to Twitter on this fine Memorial Day evening to engage in his own, modern day version of FDR’s fireside chats.  At first, it looked like we might have caught Mr. Trump on one of his better nights, all nice and relaxed.  And why wouldn’t he be?  He is coming off a holiday weekend that was packed full of bad news for his likely general election opponent, Hillary Clinton and her damn e-mails.

I would have had millions of votes more in the primaries (than Crooked Hillary) if I only had one opponent, instead of sixteen. Broke record

Rather than throwing a few more barbs at his likely opponent, Trump appeared to be ready to wind down from the three day weekend and simply told his 8.54 million Twitter followers that he hopes they enjoyed their holiday:

I hope everyone had a great Memorial Day!

All seemed well with Mr. Trump.  However, something must have happened that got Trump’s dander up over the course of approximately 90 minutes since he sent that tweet.   By 4:45 PM Trump was back on the Twitter warpath, targeting the judge in the Trump University lawsuit:

I have a judge in the Trump University civil case, Gonzalo Curiel (San Diego), who is very unfair. An Obama pick. Totally biased-hates Trump

I should have easily won the Trump University case on summary judgement but have a judge, Gonzalo Curiel, who is totally biased against me.

This is not the first time Trump has gone after a Judge Curiel during this lawsuit.  In fact, Judge Curiel likely “earned” the Donald’s rage earlier this weekend when he slammed Trump’s legal arguments, and ordered some documents in the Trump U lawsuit to be unsealed over Trump’s attorneys objections.