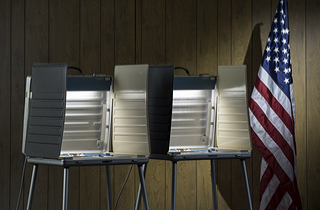 Even with all of the wild stories coming out on Election Day, this one is especially unusual: In Chicago’s second ward, an election judge was removed by local election officials when he started throwing pieces of unassembled voted booths around the room. According to a a report from DNAInfo, Chicago Board of Election Commissioners spokesman Jim Allen said. that the outburst stemmed from complaints that the judge was “misdirecting” voters. The judge, whose name was not given, was not arrested.

This was not the only incident involving Chicago’s election judges, who are paid $140 for the day plus $50 for completing a training course and additional money for running errands. Others included: