Applicant Gets Job by Stopping Robbery During Interview | Law & Crime

Applicant Gets Job by Stopping Robbery During Interview 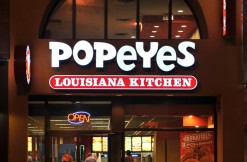 Hey, guys, here’s a great tip for getting a job: Catch a robber during your interview. That will impress your prospective employers. Easy peasy! It’s pretty simple, really, but for those of you who still think it’s complicated, here’s an example. Take notes, and your dream job will soon be yours.

18-year-old Devin Washington was interviewing for a job at a Popeye’s in New Orleans Saturday, according to a report by The Times-Piscayune. That’s when 50-year-old Pablo Ciscart allegedly snatched money from the cashier, and bolted for the door, according to police.

An assistant manager grabbed him by the arm, but he peeled away. Manager Danyanna Metoyer stepped in his way, blocking the door leading out. Ciscart allegedly tried to shove her out of the way, but Washington went ahead and locked him in a “reverse bear hug,” police said. Ciscart surrendered, and the employees held him until cops arrived.

Washington was hired pretty much on the spot, Metoyer told the Associated Press. She claimed she’d already made her mind up about him before the robbery, but hey, his actions couldn’t have hurt.

Ciscart has been charged with simple robbery and fugitive attachment.