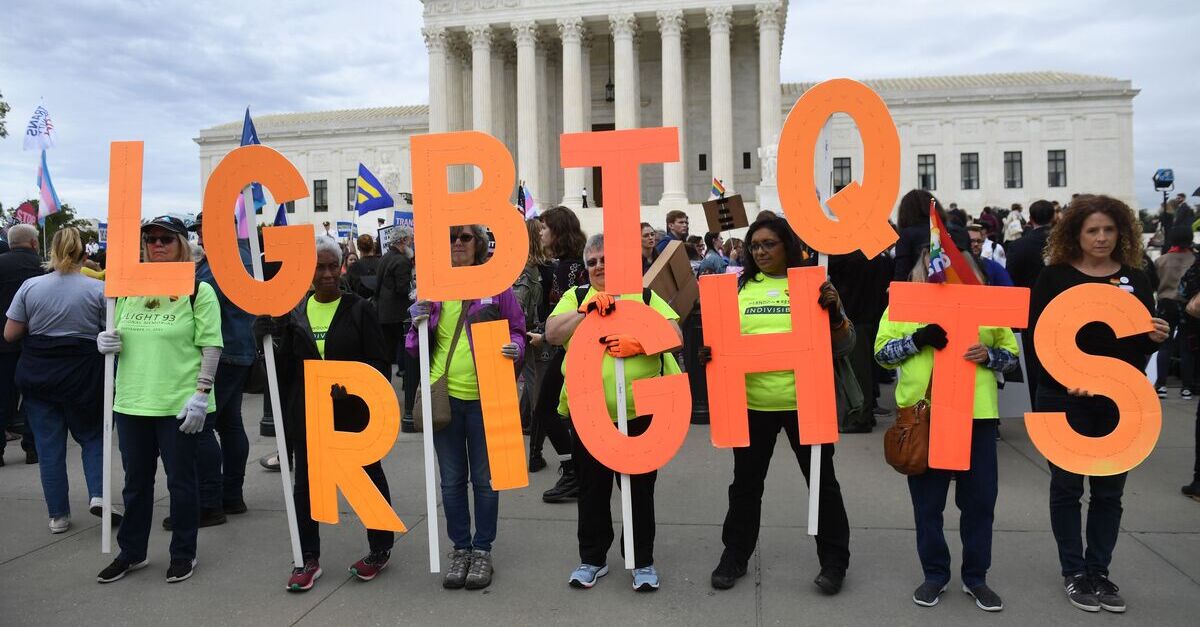 A federal court in Georgia struck down a Trump administration rule that denied citizenship to the foreign-born children of same-sex U.S. couples. In a striking turn for advocates of legal equality, the decision was issued by a judge appointed by President Donald Trump.

U.S. District Court for the Northern District of Georgia Judge Michael L. Brown authored the 56-page opinion and order which neutralized the U.S. Department of State policy in question.

Plaintiffs James Derek Mize and Jonathan Daniel Gregg are U.S. citizens who have been married since 2015.

In 2018, they decided to have a child using Gregg’s sperm, an “anonymously donated egg” and “a gestational surrogate who was a friend of theirs and lived in England.” Their daughter, S.M.-G., was born in England and afterward the couple applied for a U.S. Passport and a Consular Report of Birth Abroad (CRBA) for their daughter.

Consular staff at the U.S. Embassy denied those requests based on an incorrect reading and application of the Immigration and Nationality Act of 1965 (INA), according to the court.

“Mize and Gregg explained the [fertilization] process, including telling the staff that Gregg had been the sperm provider,” the decision explains. “The staff then evaluated S.M.-G.’s applications under INA Sections 309(a) and (by incorporation) 301(g), which together govern children ‘born out of wedlock’ to one citizen parent and one alien parent. The staff did this — instead of applying Section 301(c), which governs children with two married citizen parents — because S.M.-G. shares a biological relationship with Gregg but not Mize. The staff concluded that S.M.-G. is not a citizen under Sections 309(a) and 301(g) and denied her applications for a CRBA and passport.”

Gregg had only moved to the United States in 2014–but has been a U.S. citizen since he was born. Consular staff, however, effectively ignored both Gregg’s and Mize’s U.S. citizenship and applied a section of the INA that only applies to children born out of wedlock.

The consular staff’s reasoning was that Mize was not his daughter’s biological father and therefore the section of the statute that applies to foreign-born children with two U.S. citizen parents did not apply to S.M.-G. In other words, the consular staff determined that the uterus donor and Gregg were the girl’s parents–leaving Mize entirely out of the equation and paving the way for the misapplication of the INA.

Using a section of the statute that mandates a child’s U.S. citizen parent must have been “physically present in the United States or its outlying possessions for a period or periods totaling not less than five years,” the consular staff denied the Passport and CBRA application–prompting the lawsuit in July of 2019.

According to Mize and Gregg–and their daughter who is also a plaintiff–consular staff used the wrong portion of the INA to interpret those original applications for citizenship documents. The State Department felt differently and moved to dismiss for various reasons. Judge Brown agreed with the family.

The decision describes the incongruity of current practice:

[W]hen a U.S. citizen wife acts as a gestational mother for a donor egg fertilized by her citizen husband’s sperm, the State Department now considers that child to have been born in wedlock of two citizens. And, when two married women who are citizens decide one of them will carry an egg donated from the other and fertilized by an anonymous sperm donor, the State Department reaches the same conclusion — that child is considered to have been born in wedlock of two U.S. citizens. In this latter instance, the State Department determines the child has a biological relationship with two women and totally ignores the citizenship of the sperm donor.

“But, not two dads,” Brown goes on. “The State Department says two married men can never have a child abroad that it considers having been born in wedlock.”

“There is no dispute that S.M.-G. is a citizen under this language unless it requires her to share a biological relationship with both citizen parents,” Brown notes. “[The State Department says] that Section 301(c) does require such a relationship.”

This reading of the INA runs afoul of the Supreme Court’s landmark rulings in Obergefell v. Hodges–which legalized same-sex marriage–and Pavan v. Smith–which reiterated and made clear that Obergefell stands for the proposition that same-sex couples don’t simply have access to the “symbolic” accord of marriage but the entire “constellation of benefits that the States had linked to marriage.”

In Gregg’s and Mize’s case, the birthright citizenship of their daughter was one such benefit.

[The above cited] cases raise serious doubts about the constitutionality of a biological parent-child requirement in Section 301(c). That provision allows married U.S. citizens to confer birthright citizenship on their foreign-born children if either spouse resided previously in the United States for any length of time. The ability to confer citizenship under these circumstances, without the additional burdens imposed by other provisions, could reasonably be viewed as a “benefit.” That benefit is “linked to marriage” because it is unavailable to unmarried couples. And, under the Biological Reading, Section 301(c) would preclude married same-sex male couples from accessing this benefit because it is “impossible” for two men to be related biologically to the same child.