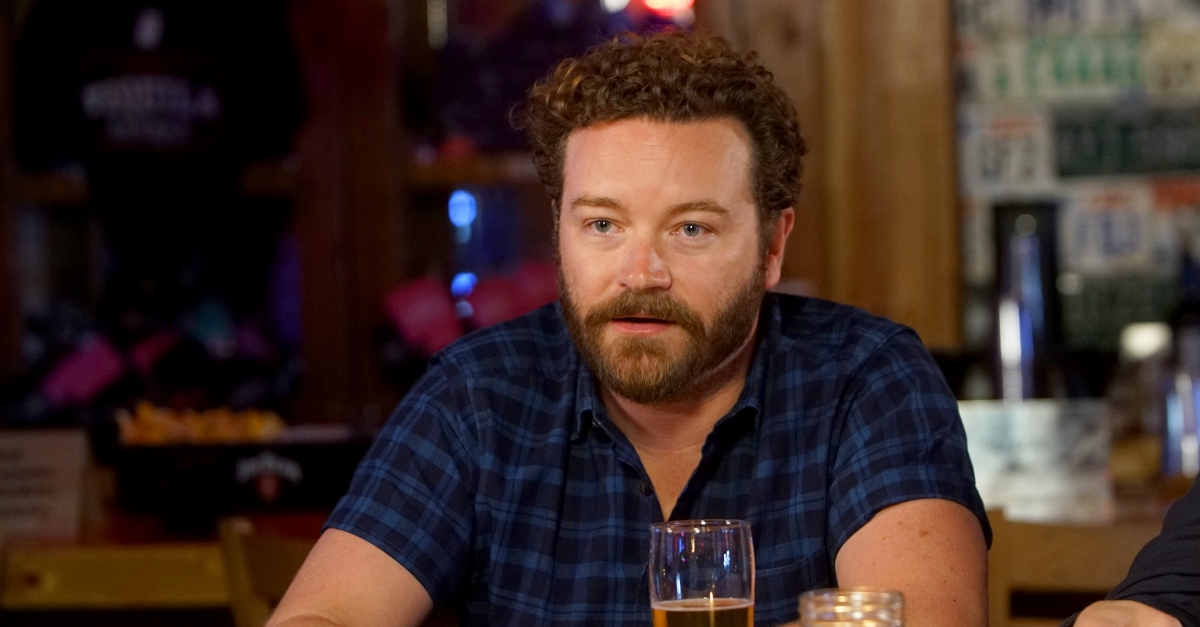 Actor Daniel Masterson, 44, faces a new criminal case out of Los Angeles, California. He raped three women from 2001 to 2003, the District Attorney’s Office said in a statement obtained by Law&Crime.

Each of the incidents happened at the defendant’s home, said Deputy District Attorney Reinhold Mueller. Prosecutors also revealed they declined to press charges in two other cases: one had “insufficient evidence,” and the other one because the statute of limitations ran out.

The Los Angeles Department’s Robbery-Homicide Division is still investigating. Authorities did not identify the women in the case.

Sexual assault allegations have publicly trailed Masterson in recent years. He was kicked off of his Netflix show The Ranch in 2017 amid the allegations. At the time, one of his representatives denied the accusations, saying that one of the women was the actor’s longtime girlfriend, according to USA Today. She had continued to date Masterson after the alleged assault, said the representative.

The actor, best known for playing “Hyde” on That ’70s Show, denied abuse allegations through the years.

“I’m not going to fight my ex-girlfriend in the media like she’s been baiting me to do for more than two years,” he said in a statement in 2019 about a lawsuit against him. “I will beat her in court—and look forward to it because the public will finally be able learn the truth and see how I’ve been railroaded by this woman. And once her lawsuit is thrown out, I intend to sue her and the others who jumped on the bandwagon for the damage they caused me and my family.”

In the face of new charges, the actor’s representatives once again deny allegations.

“Mr. Masterson is innocent, and we’re confident that he will be exonerated when all the evidence finally comes to light and witnesses have the opportunity to testify,” attorney Tom Mesereau said in a statement provided to Law&Crime. “Obviously, Mr. Masterson and his wife are in complete shock considering that these nearly 20-year old allegations are suddenly resulting in charges being filed, but they and their family are comforted knowing that ultimately the truth will come out. The people who know Mr. Masterson know his character and know the allegations to be false.”

Edit: We added a statement from Mesereau.