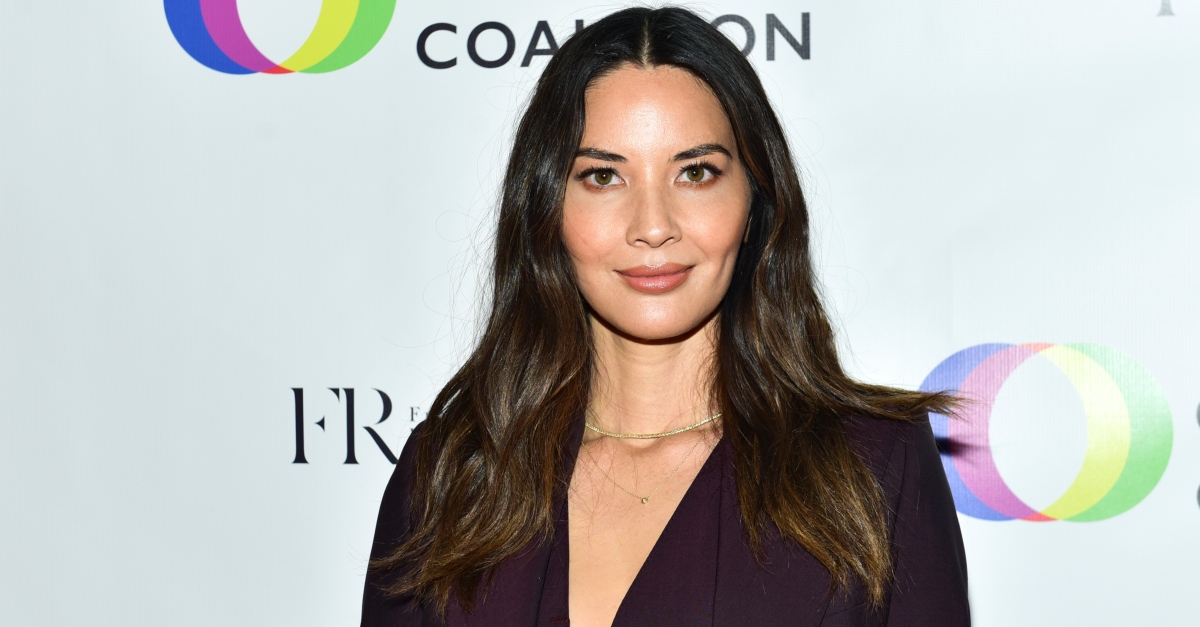 “I kind of feel like I’m the one going to jail,” she told Vanity Fair in a Saturday report. “I didn’t go to jail, I didn’t put this guy on our set. I had this scene deleted. Thank God, honestly, that there is social media. It’s the fans and news outlets that’s confirming it to me that what I did was the right thing. If I didn’t have that feedback, I’d kind of go a little crazy thinking, ‘Why am I being treated like this?’ That’s not O.K., to feel like the bad guy.”

She claimed that many of her co-stars have canceled scheduled interviews with her, and another left an interview when Striegel’s cut scene was discussed. Munn said said that she had encouraged the other actors to give their own statements in the Los Angeles Times report that broke the story.

She claimed that none of them reached out to her privately since the article was published. Munn said she felt “just confused” during the premiere of the film when her co-stars, including actors Boyd Holbrook, Keegan-Michael Key, and Trevante Rhodes, gave director Shane Black a standing ovation.

Spokespeople for director Black, and actors Holbrook, Key, and Rhodes did not immediately respond to a VF request for comment in that story.

Rhodes did talk about the casting controversy when appearing with Munn, and co-star Augusto Aguilera at the Times Toronto Film Festival studio on Saturday.

“I thought about the possibility of this continuing to happen, and where it happens — and also to Liv, for speaking up on such a subject, because it takes a lot of courage to be able to say that,” said Aguilera.

The outlet said TIFF interviews with Holbrook, Key, Thomas Jane, and 11-year-old Jacob Tremblay were canceled due to scheduling issues.

Our studio was not given that opportunity, and neither was our cast. Especially @oliviamunn who was the only member of the principal cast who had to work with him. I so appreciate that you “didn’t leave well enough alone,” & again, I’m sorry you feel isolated in taking action.

Munn said Thursday that she is continuing to do press for the movie because of contractual obligations.

I’m contractually obligated. And from what I’m experiencing, I think they’d prefer I not show up. It would make everyone breathe easier. Also, I worked really hard on this film, as did the rest of the cast and crew. Now that the scene is deleted I think audiences will love it. https://t.co/6MZxb4NZfT

Black, who cast longtime friend Striegel in the film as jogger hitting on Munn’s character, first defended the move in the original Times report. He construed Striegel’s 2010 guilty plea as a”bad situation versus something lecherous.” He then walked back the decision, citing details revealed by the Times.

Authorities said Striegel tried to lure a 14-year-old girl into a sexual relationship over email, and made inappropriate physical contact. He told the outlet he was just trying to boost a distant relative’s self-esteem, and he denied touching her sexually, but Black released another statement saying Striegel misled him about the circumstances of the conviction. He apologized for casting Striegel. Munn told the Times she didn’t accept the apology because it wasn’t made personally.