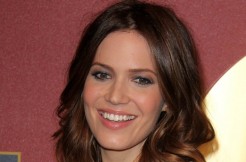 Three strikes and you’re out? That’s what Mandy Moore is hoping, as her alleged stalker, Salahudin Moultaali, is in custody after being arrested for the third time this month. Los Angeles prosecutors let Moultaali go the first two times, claiming insufficient evidence to convict him, but they slapped a restraining order on him the second time.

Moultaali was at it again two days later, showing up outside Moore’s home on Friday. Police picked him up for the violating the order, and Moultaali is in custody on $150K bail. According to TMZ, the LA County District Attorney says they will not charge him with a felony, and have handed the case to the LA City Attorney’s Office.