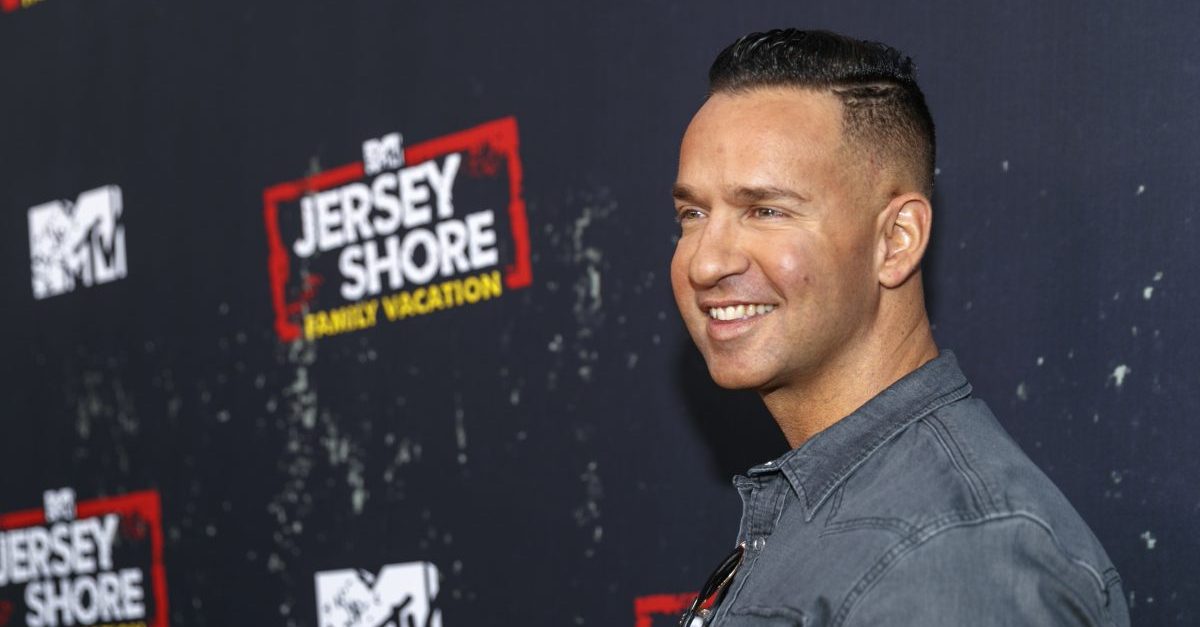 MTV reality star Mike “The Situation” Sorrentino was sentenced in New Jersey Federal Court on Friday for tax fraud. The star of “Jersey Shore” received a sentence of eight months in prison. He faced a maximum of five years behind bars after reaching an agreement with federal prosecutors. Sorrentino’s defense team wanted him to avoid prison time and be placed on probation, while prosecutors sought a 14-month sentence.

Sorrentino pleaded guilty in January after being accused of failing to report nearly $9 million in earnings between 2010 and 2012. Authorities also said he submitted false tax returns and evaded bank reporting requirements by making a series of small deposits into different accounts on the same day.

Prior to making a deal with prosecutors, Sorrentino faced up to 15 years in federal prison. His attorneys said at the time that he would pay restitution before sentencing. They said then:

The plea terms call for a balance between punishing the wrong committed and conditions that facilitate Mike living a productive, law-abiding life moving forward.

The judge allowed time prior to sentencing for Sorrentino to film MTV’s “Jersey Shore: Family Vacation,” a series that served as a extended reunion of original cast members including Nicole “Snooki Polizzi, Paul “Pauly D” DelVecchio Jr., and Jennifer “JWoww” Farley. His castmates were present at the federal courthouse in Newark to show support.

“We’ve been hanging out all week and you can tell the days are coming quicker and he’s getting more nervous,” Polizzi told E! News before sentencing. “We’re just trying to be there for him, just hang out with him, make him smile a little bit, but it’s terrifying for him.”