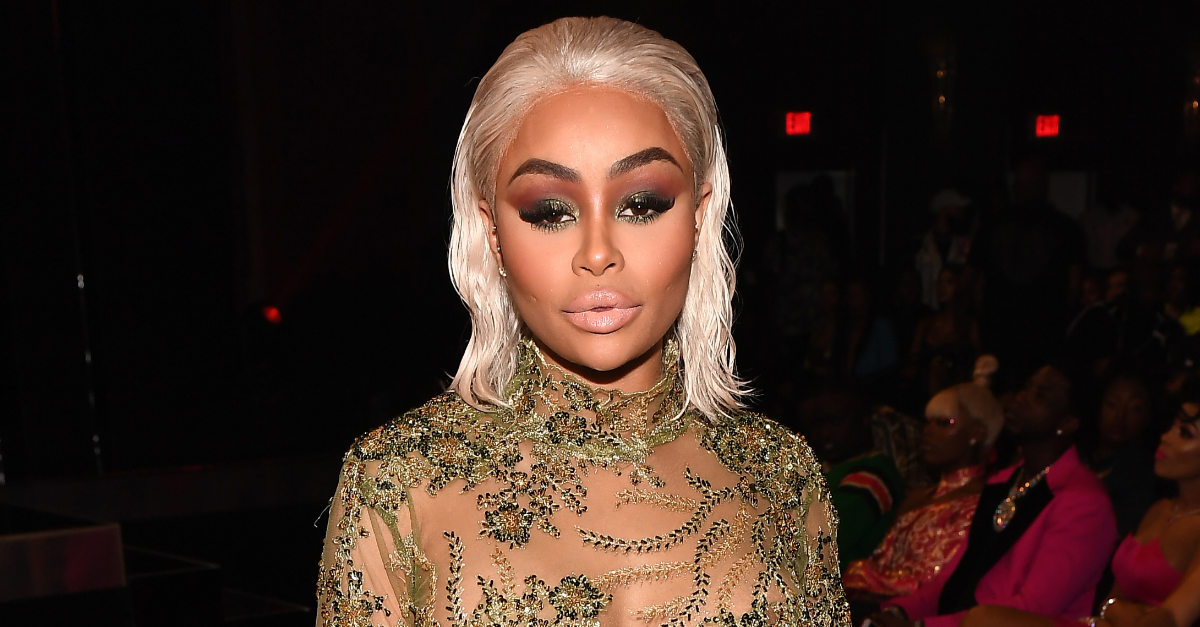 Model and entrepreneur Blac Chyna (real name Angela Renée White) may have been the target of a false report Sunday night, when police showed up at her home under suspicion that the was drunk and unable to care for her young child.

Officers with the Los Angeles Police Department got an anonymous call saying that Blac Chyna was in no shape to take care of her daughter, Dream Kardashian, because she was intoxicated, according to TMZ.

The gossip site reported that when cops got to the home, however, they didn’t see any evidence to back this up. Not only was no one in the house drunk, sources said, but a nanny was there to watch the child, who was doing just fine. Those same sources told TMZ that the call to police may have been in response to an incident that took place earlier in the evening, where Blac Chyna allegedly got into a fight with a member of her entourage. Blac Chyna and her team have not commented on the matter.

Rob, meanwhile, is suing Chyna for alleged battery and property damage stemming from a 2016 incident.