Ashley Judd’s Sexual Harassment Claim Against Weinstein Dismissed, But It’s Not Over 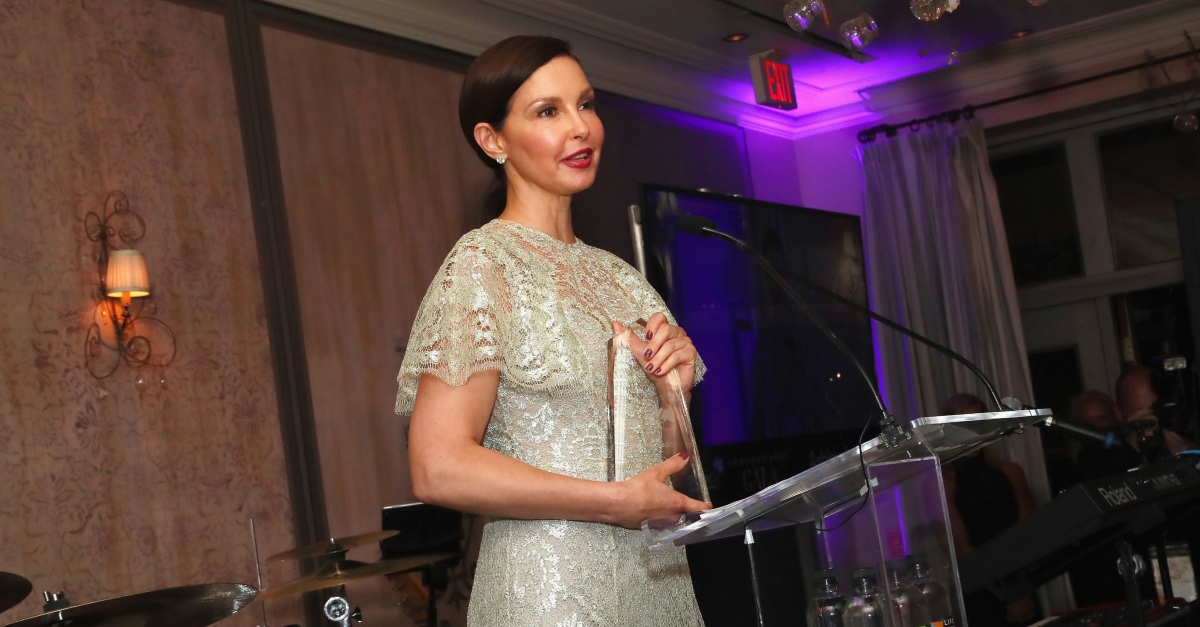 Actress Ashley Judd‘s lawsuit against disgraced movie mogul Harvey Weinstein is a-go, but not before a federal court put a dent in it. On Wednesday, U.S. District Judge Philip S. Gutierrez dismissed the plaintiff’s sexual harassment claim. The rest–defamation, intentional interference with prospective economic advantage, and violation of the Unfair Competition Law–can proceed.

The lawsuit stems from the aftermath of Judd’s alleged meeting with Weinstein. As one of the first of dozens of woman to openly accuse the mogul of sexual misconduct, she claimed that she showed up to a Beverly Hills hotel in the late 1990s for a meeting to talk about possible film roles. Instead, Weinstein met her in a bathrobe, asked for a massage, and asked her to watch him shower, she said.

As Weinstein became a pariah in the film industry, Director Peter Jackson said that Miramax discouraged him and his wife Fran Walsh from casting Judd and fellow actress Mira Sorvino for roles in the Lord of the Rings trilogy. (Sorvino too says Weinstein sexually harassed her.)

“I now suspect we were fed false information about both of these talented women, and as a direct result their names were removed from the casting list,” Jackson told the New Zealand outlet Stuff in December 2017.

Judd sued, claiming that Weinstein retaliated against her for turning down his sexual advances.

In Gutierrez’s ruling, he said that all four claims in her complaint survived the defendant’s statute of limitations challenge. The point isn’t when the alleged retaliation happened, but when Judd was made aware of it.

From the ruling, obtained by Law&Crime [citation removed]:

Defendant makes additional arguments for why the discovery rule should not apply to two of Plaintiff’s claims. First, he argues that it should not apply to Plaintiff’s sexual harassment claim under California Civil Code § 51.9 because Plaintiff knew that she had been sexually harassed at the time of the hotel encounter in 1996 or 1997. … But Defendant appears to be proceeding from the faulty premise that Plaintiff is seeking damages for injuries suffered during the hotel room encounter itself. Instead, Plaintiff’s claim under § 51.9 targets Defendant’s retaliation against her after she resisted his sexual advances.

Judd only learned about the alleged blacklisting in December 2017, well within the statute of limitations to file a complaint, the judge said.

The plaintiff’s problem, however, is that she apparently is not covered by the sexual harassment law she sued under. California Civil Code § 51.9 prohibits sexual harassment by anyone in a “business, service, or professional relationship” with the victim. We’re talking about physicians harassing patients, or teachers their students. The relevant professions are listed in the statute, however, and though the law includes text to cover “substantially similar” relationships to the above, the judge didn’t think Judd provided enough evidence to show her that link to Weinstein qualified.

“While the law is not settled on this point, the Court is skeptical that § 51.9 can ever properly be applied to a relationship between a potential employer and a prospective employee,” Gutierrez wrote.

Judd first named Weinstein in an interview with the New York Times published last October. At the time, the mogul didn’t address specific allegations made in this story, but acknowledged “I appreciate the way I’ve behaved with colleagues in the past has caused a lot of pain, and I sincerely apologize for it. Though I’m trying to do better, I know I have a long way to go.”

Judd has until October 19 to amend her sexual harassment claim, if she wants to do so.