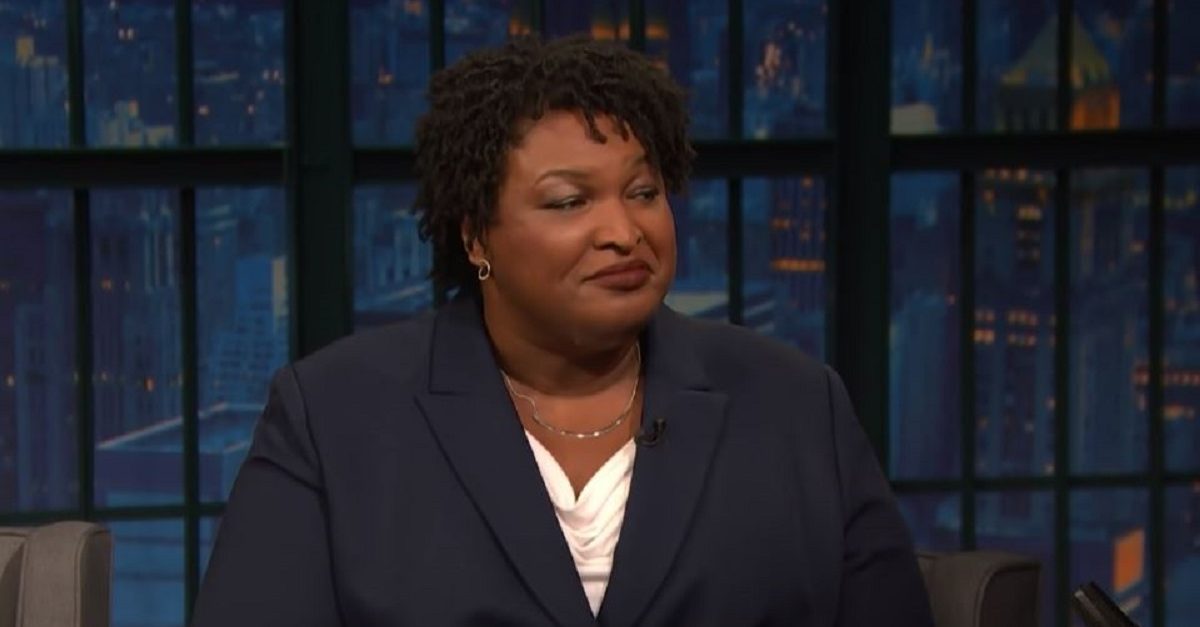 A non-profit organization run by former Georgia Democratic gubernatorial candidate Stacey Abrams is facing thousands of dollars in tax liens, according to a new report, but a spokesperson insists it’s all just a misunderstanding due to a third-party contractor’s mistake.

The whole mess started in 2014, according to the Atlanta Journal-Constitution. Between then and 2016, Georgia hit Third Sector Development with four tax liens totaling $13,000. These were all apparently for failure to pay unemployment contributions. Back in February 2018, Abrams’ campaign explained that the matter was being taken care of, and was the result of a problem caused by an outside payroll company that paid federal unemployment insurance instead of state unemployment insurance. The failures resulted in the liens, which are security interests that the government took in the organization as a result of the debt.

Despite this, the problem continued, with three additional liens being filed against the organization later in 2018 for a total of roughly $3,500. A spokesperson for Abrams said that this is also the result of an error, but this time by the government. Caitlin Highland explained that after the first liens were filed, the problem was taken care of and taxes were being properly paid, but the government was putting the money towards the amount owed instead of for current taxes, which resulted in new liens.

Highland insists that since then, everything has been squared away, but the government needs to update their records to reflect this. The spokeswoman showed the newspaper emails from the Department of Labor that said they were “just now making the needed corrections.”

Highland explained the issue in a statement:

In spite of timely payments to Georgia, Third Sector Development is awaiting final action from the Department of Labor to fully resolve this matter. Last year, Third Sector took steps immediately to satisfy liens imposed for unemployment insurance paid to the federal rather than state government, due entirely to third party contractor error. Unfortunately, the process has taken several months and remains unresolved. However, while the organization has waited for a resolution, Third Sector Development has made timely payments to Georgia; however, under the department rules, these recent payments have been applied to the past liens and not counted towards new taxes due, as they should. They are working closely with DoL staff to correctly credit the accounts and bring this matter to closure.