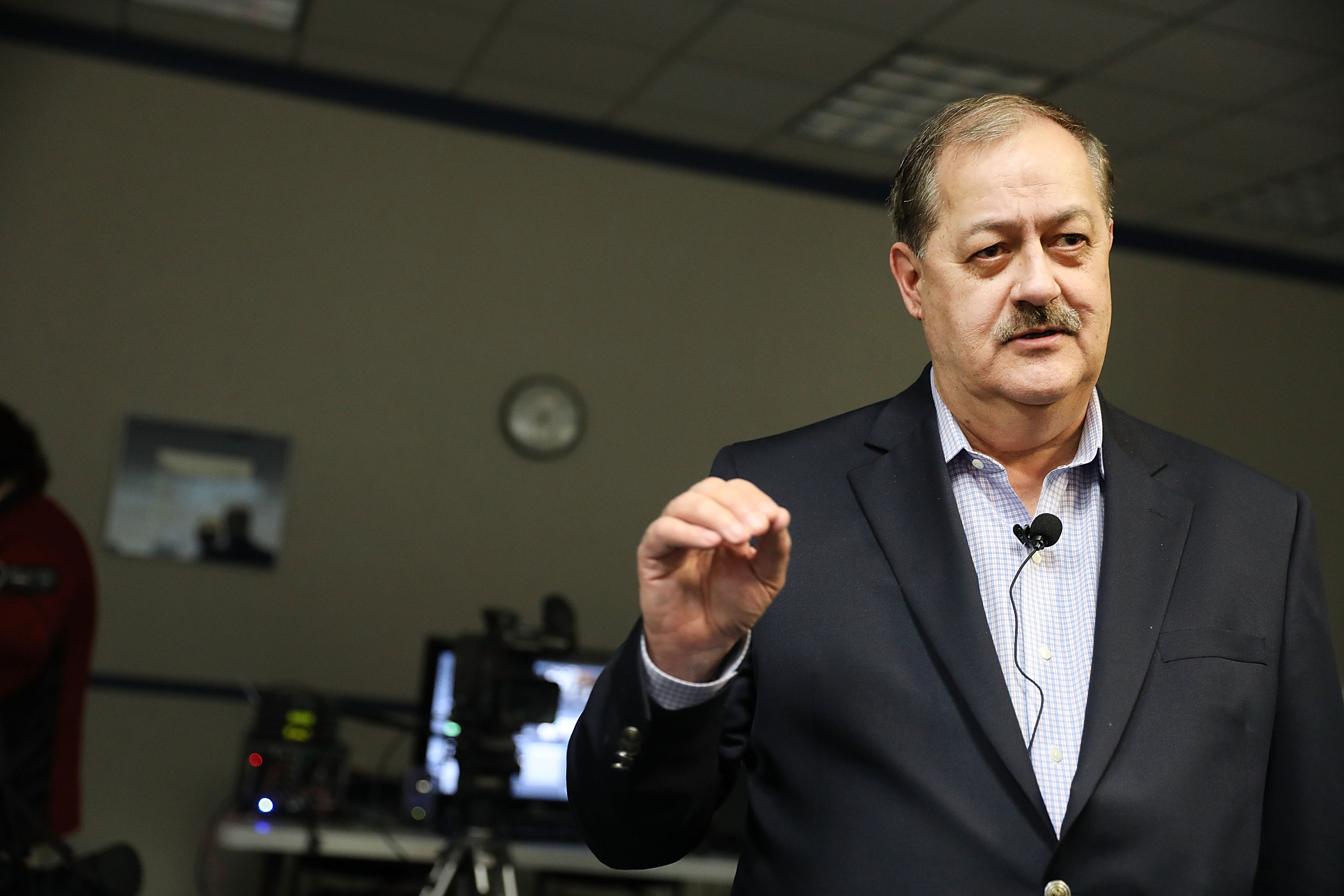 Don Blankenship, the coal executive and losing primary candidate for the GOP Senate nomination in West Virginia, was denied a third-party spot on the November ballot by state officials on Thursday.

Blankenship vowed reprisal against the state and national GOP for his primary loss, however, explicitly threatening to play the role of spoiler over the perception that he was treated unfairly by President Donald Trump.

In an effort to make good on that threat, Blankenship apparently obtained the signatures necessary to qualify for the ballot on a minor party’s ballot line. On Monday, Blankenship’s campaign announced it was filing those signatures and the nominating petition of the state Constitution Party with the state’s electoral authority.

On Thursday morning, that petition was declined. West Virginia Secretary of State Mac Warner argued that allowing Blankenship to appear on the ballot would be a violation of the state’s “sore loser” or “sour grapes” law–which is codified at W. Va. Code §§ 3-5-7(d)(6) and 3-5-23. This law essentially bars losing Democratic and Republican primary candidates from later running on a different party’s ballot lines during the same general election.

Warner issued a brief statement regarding the decision. He said:

According to the plain language of the law, which controls my decision, a candidate who loses the Primary Election cannot use the nomination-certificate process to run another campaign in the General Election. Any other decision would be contrary to the law.

The denial was anticipated by Blankenship–who pre-likened the state’s decision to what the “Nazi party would do.” Blankenship’s anticipatory press release also railed against the sore loser law as “a perfect example of political party behavior that violates an American’s guaranteed right to equal opportunity. It is a clearly discriminatory law and exactly what George Washington warned of in his farewell address.”

Blankenship is now expected to mount a legal challenge against the law itself. His campaign is adamant that the controversial coal executive will ultimately be placed on the November ballot.