CNN may or may not have Googled Paul Manafort Judge T.S. Ellis III‘s name and used the first image of a judge that popped up — an image that is certainly not of Ellis.

The image popped up briefly on The Lead with Jake Tapper, as Tapper was prepping to ask legal analyst guests Elie Honig and Shan Wu for their thoughts on how severely Ellis might punish Manafort on Thursday afternoon. Special Counsel Robert Mueller recommended that Ellis sentence the former Trump campaign chairman to 19-24.5 years in prison. Manafort’s attorneys, of course, asked for significantly less.

This was the image that appeared: 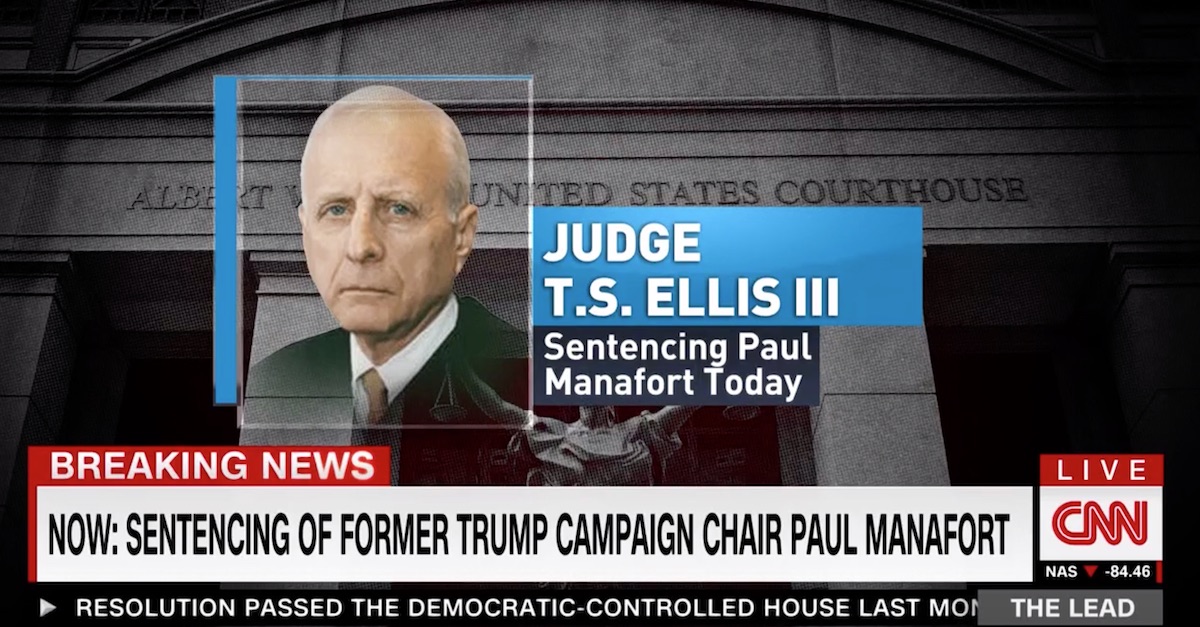 This is the image that pops up when you Google T.S. Ellis III: 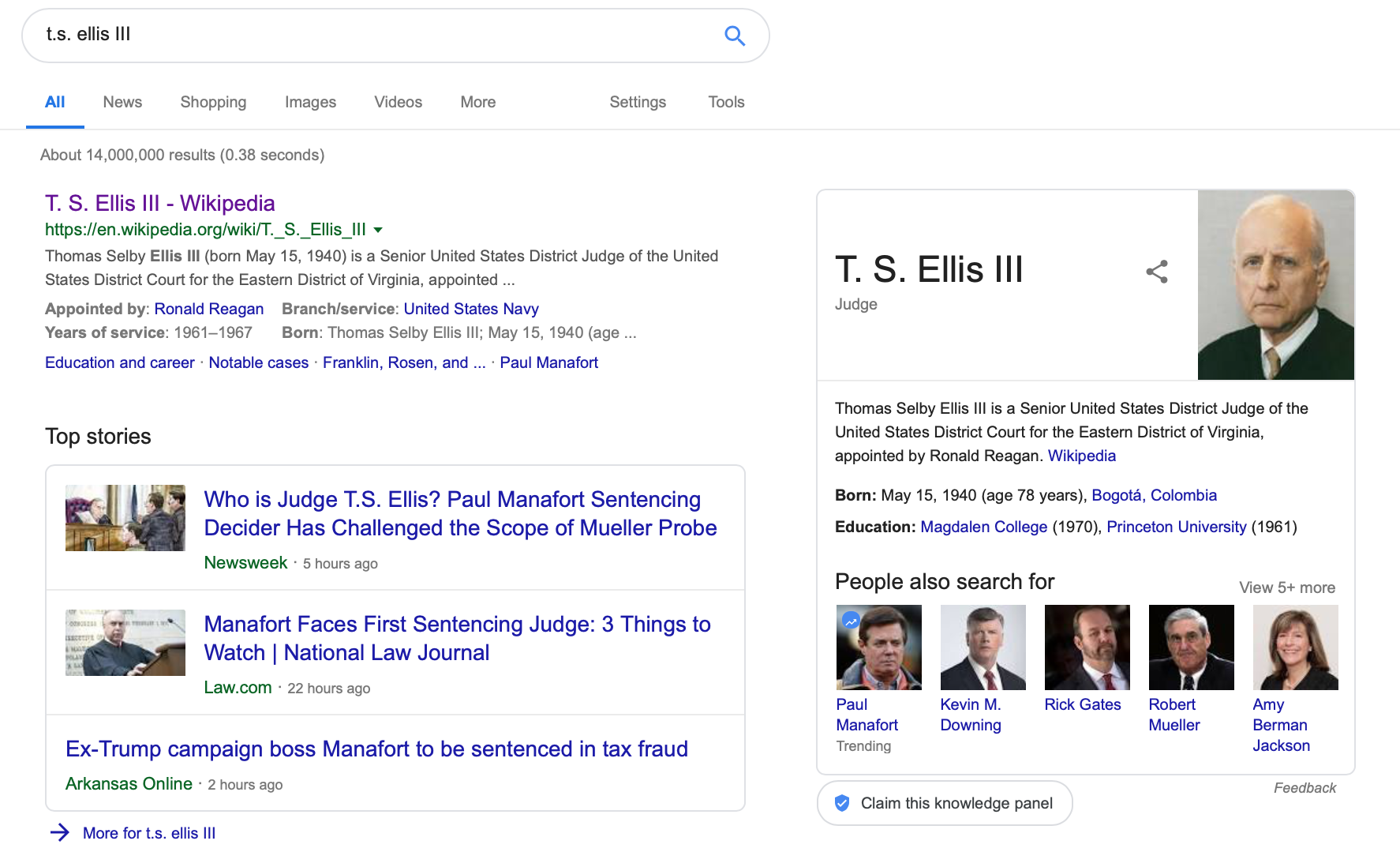 Let’s Google Edward Roy Becker, a federal judge who served on the United States Court of Appeals for the Third Circuit. He has been dead since 2006. 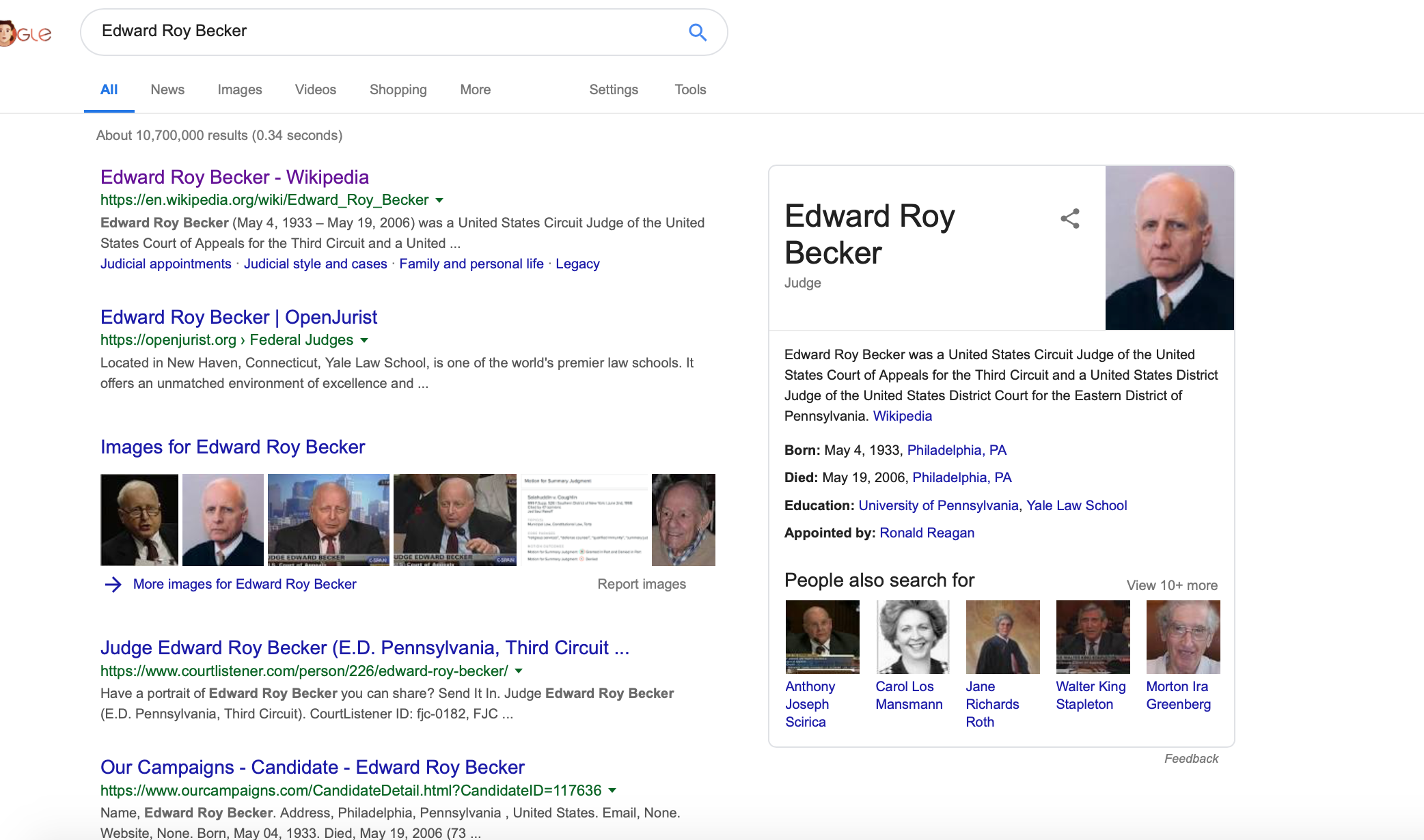 How strange! It’s the exact same picture of an old, white federal judge!

A brief look at the New York Times‘ obituary for Becker helps with photo identification confirmation. 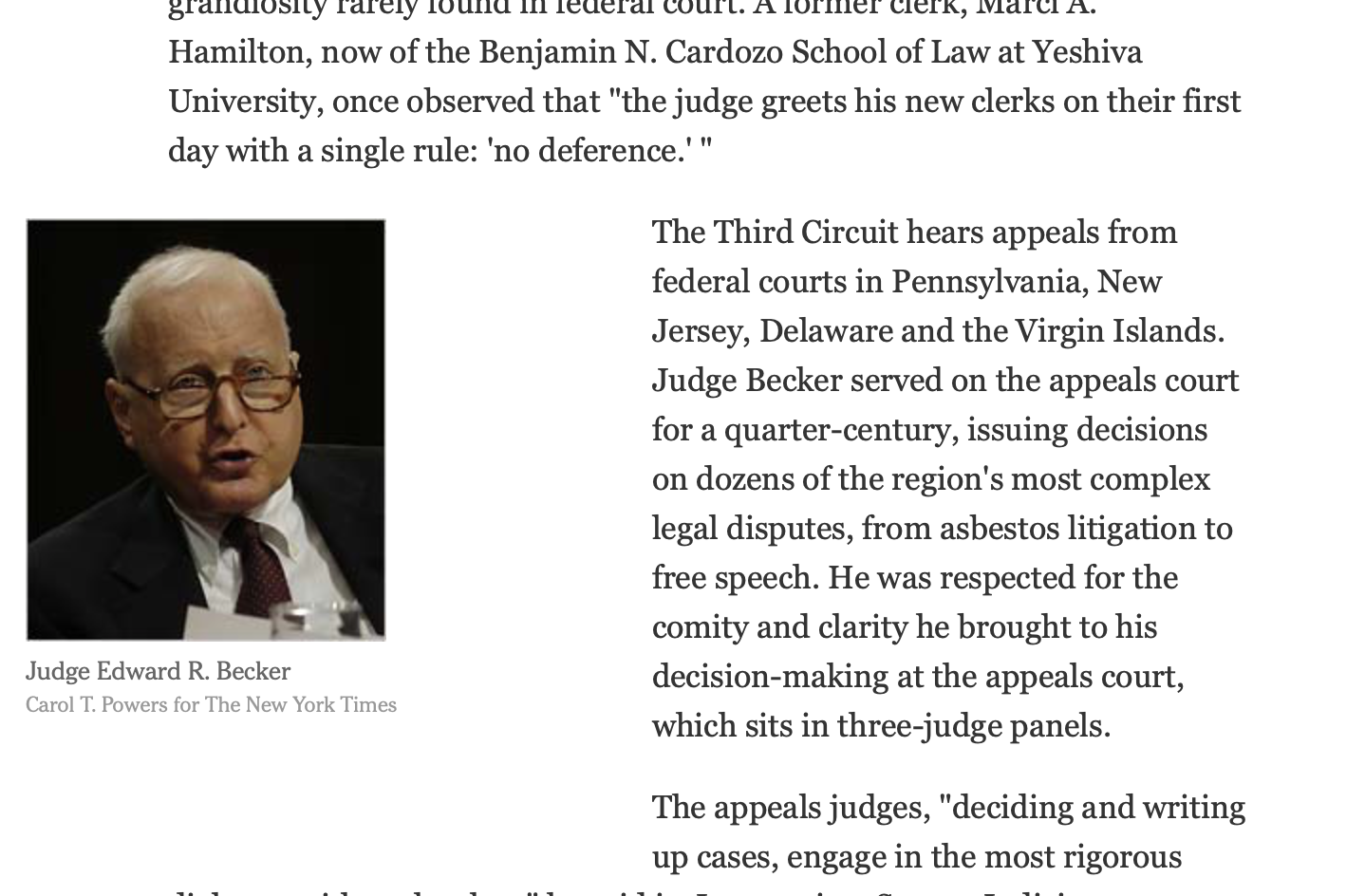 Not convinced? Someone I know wasn’t, so I found a video of Becker testifying before the Senate Judiciary Committee back in 2000 on the subject of cameras in federal courts. To be sure, there are precious few images of Becker that pop up when you search for him on the internet, and there are also difficulties with confirming the accuracy and origin of the image used on his Wikipedia page. This is complicated even more by the fact that images of Judge Ellis barely exist.

Becker appears for the first time in the video below around the 12-minute mark.

He was identified by name: 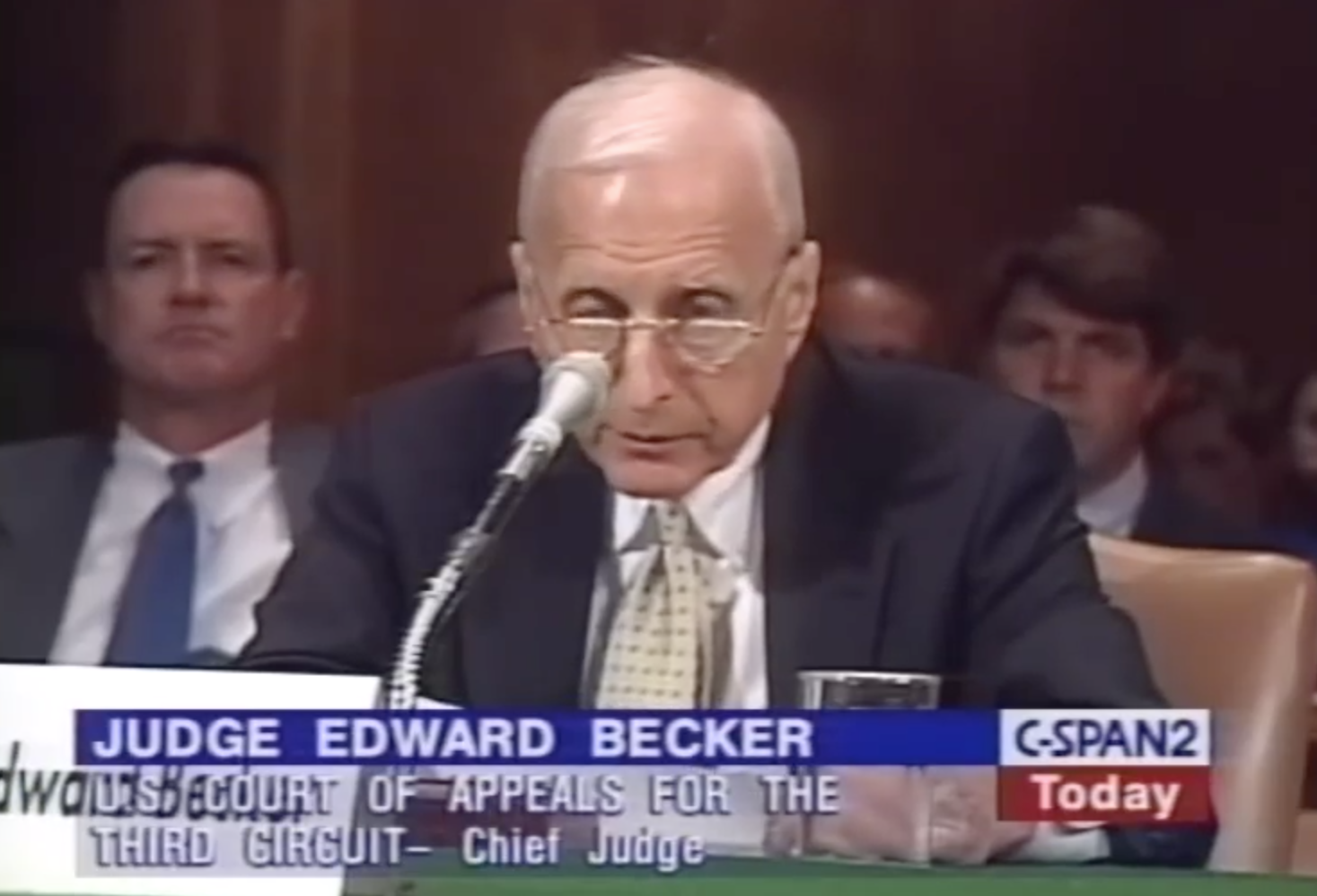 Now that the glasses are off and Becker’s head is angled similarly to the main image in question, are you convinced? 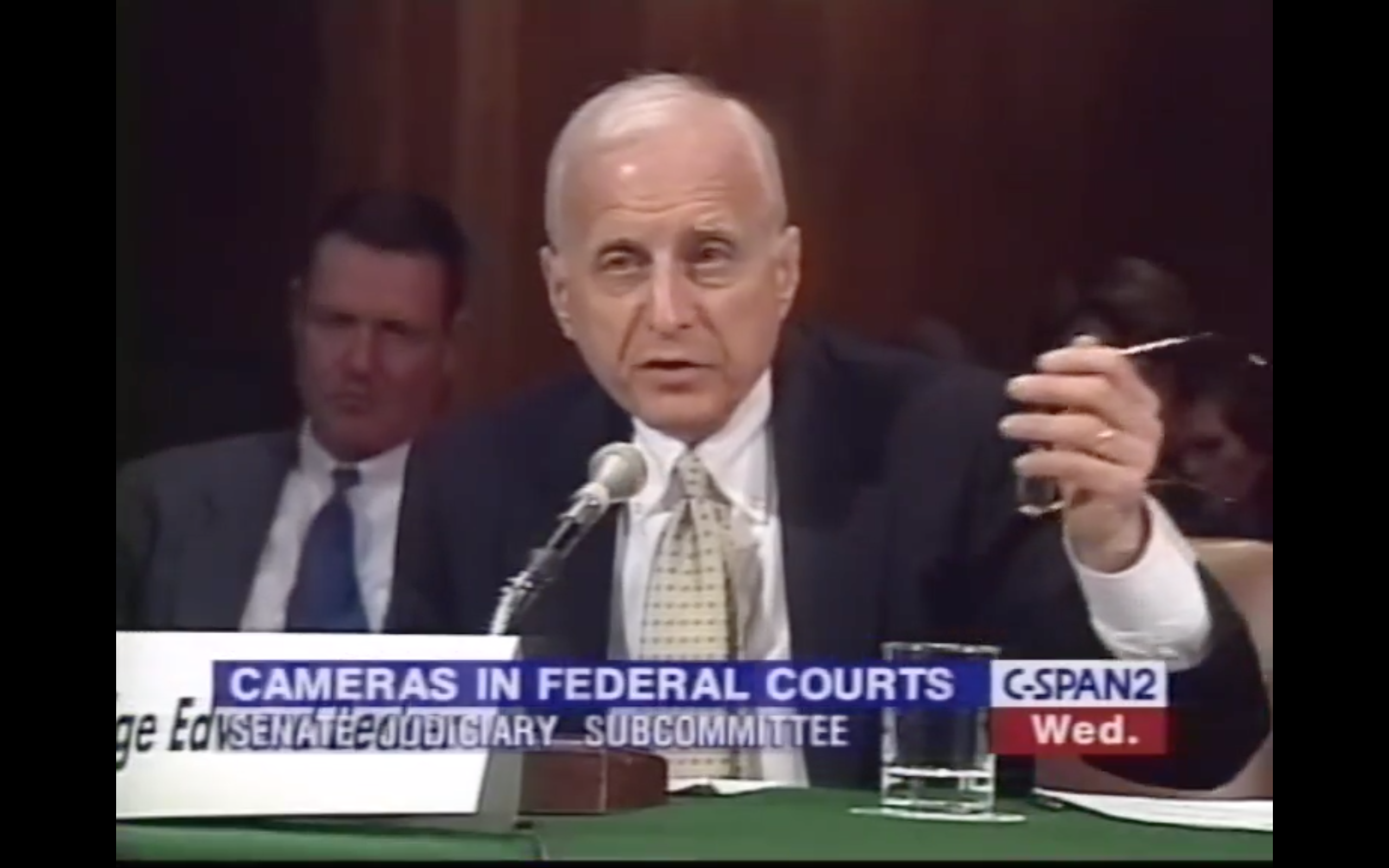 Disclosure: this writer once made the same mistake.