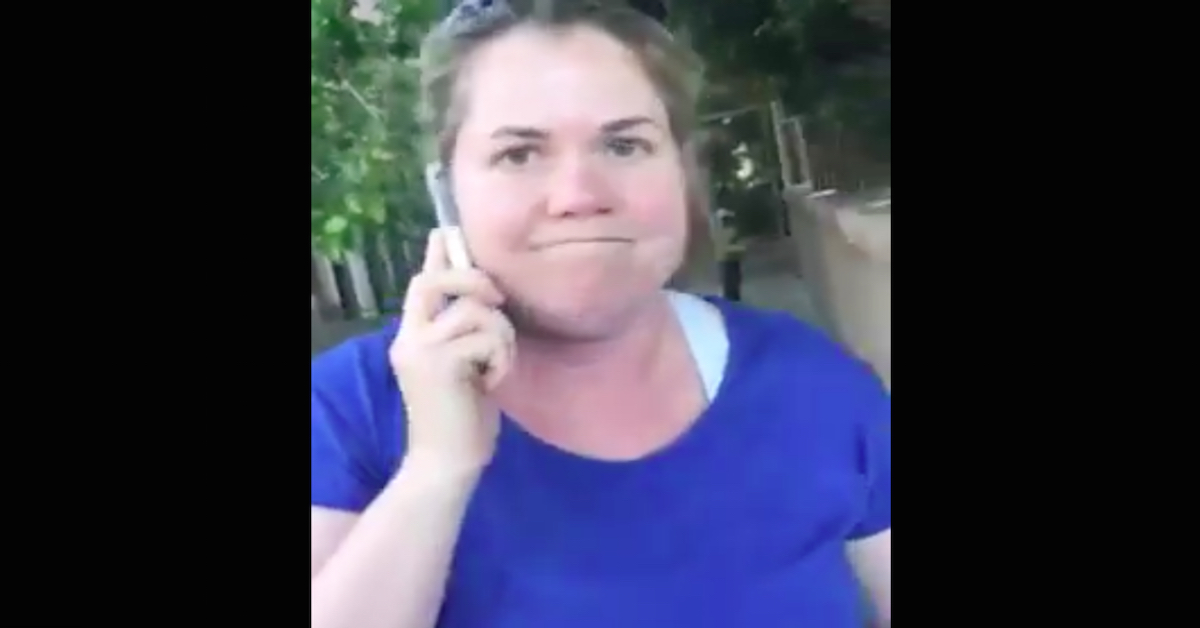 Alison Ettel, the San Francisco woman dubbed “Permit Patty,” has resigned as CEO of the marijuana company she founded.

Over the weekend, Ettel attained instant viral notoriety after being caught on video calling–or pretending to call–the police on an eight-year-old girl for selling bottled water without a permit outside of her apartment. Thus the new name.

Ettel’s face and her hashtag-friendly pejorative quickly became synonymous with various racial justice issues simmering across the discourse. Many critics were shocked at Ettel’s treatment of a young girl; others were disappointed and angry but not particularly surprised due to the racial dynamics involved.

Multiple Bay Area marijuana dispensaries refused to sell products made by Ettels’ company, TreatWell Health. According to CBS Los Angeles, at least three such dispensaries had pulled TreatWell’s marijuana-infused tinctures for humans and dogs as of Wednesday and others were likely do so as well.

The Barbary Coast Dispensary verified that they were cutting ties with TreatWell in a publicized email sent to a concerned customer:

I forgot to mention that we had pulled [TreatWell’s] product line as soon as we saw the video, We do not support that type of behavior! Thank you for supporting our community.

Additionally, the producer of an upcoming documentary focused on women in the legalized cannabis industry, said Ettel would no longer be part of the film. An Instagram post on the subject explains the reasoning:

To clarify our previous statement, Alison Ettel is no longer affiliated with the documentary “Lady Buds” due to her racist and divisive actions. Our project is committed to social justice and there is no room for hate or discrimination in society, the cannabis industry, or our film. We are removing all content that remotely promotes her or her business from our various platforms and will be removing her storyline from the film and all film materials.

A statement from TreatWell Health noted the reason behind Ettel’s departure, “It is Ms. Ettel’s belief that TreatWell, its employees and patients should not have to suffer because of a situation that occurred in an escalated moment.”