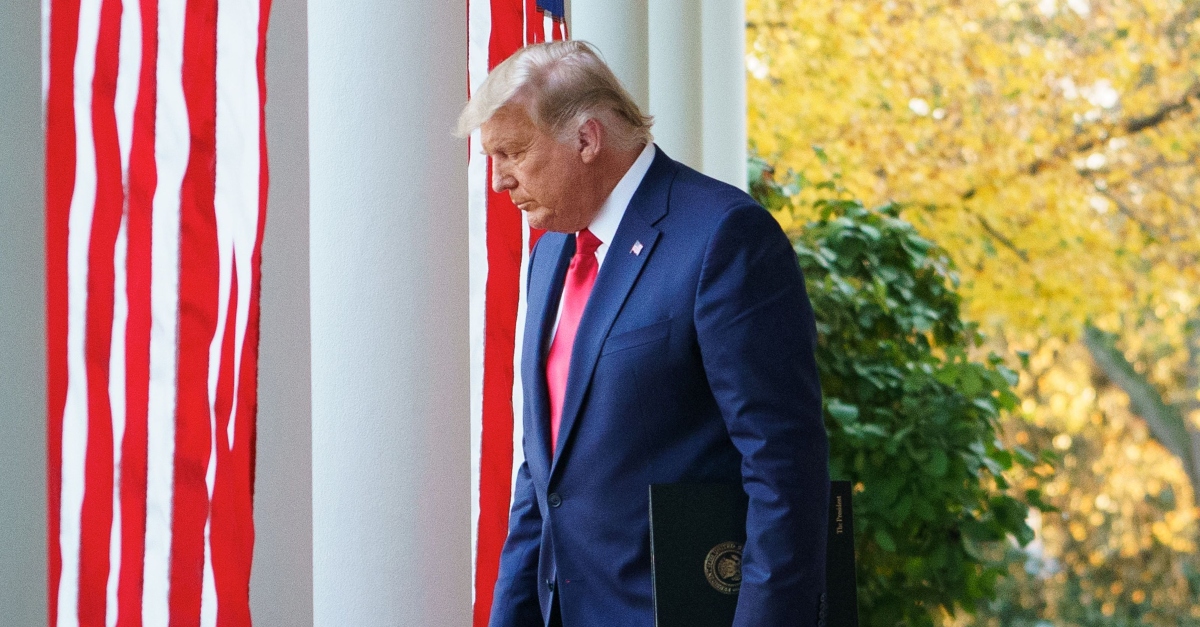 Attorneys for President Donald Trump‘s presumably unsuccessful presidential campaign on Saturday filed a brief in federal court which misspells the name of the Democratic Party governor of Pennsylvania.

“In one succinct omnibus brief, [the Trump campaign] replies to the core issues raised by [Pennsylvania Secretary of State Kathy Boockvar and various counties in the state] to rebut their argument that [the Trump campaign] is not entitled to the limited relief sought pending a hearing in order to prevent the irreparable harm of certifying the 2020 presidential election and setting the stage for Governor Wolfe to appoint Pennsylvania’s electors,” the motion filed by attorneys Marc A. Scaringi and Brian C. Caffrey notes.  They incorrectly spelled the name of the Keystone State’s Governor, Tom Wolf.  (We’ve spelled it correctly.)

Notably, the two attorneys of record are with the Scaringi Law firm, which is located in Harrisburg, Pa., the commonwealth’s capital city.

With that decidedly inauspicious start out of the way, the brief goes on to argues that the 45th president’s campaign should be granted a restraining order to bar Pennsylvania authorities from certifying the results of the 2020 presidential election.

That request is based on a belief that the campaign is likely to prevail on their claims that elections officials “engaged in an intentional scheme to count mail ballots which did not comply with Pennsylvania law in order to favor Joseph Biden over President Donald J. Trump.”

A secondary argument, premised on 14th Amendment substantive due process, says the Trump campaign will also likely prevail on the merits of their claims that Pennsylvania’s mail-in ballot regime “is so porous that it is unconstitutional” due to allegations that Republican Party observers were denied “the right to meaningfully observe or challenge deficient mail ballots during the canvassing.”

Notably, those claims were previously dropped in a preceding filing by the Trump campaign–apparently by accident.

The brief explains away and owns up to that mishap in a footnote:

Plaintiffs’ Due Process claims were expressly included in the original complaint and in the proposed second amended complaint. Although the amended complaint does not have specific Due Process count [sic], its allegations support Due Process claims, particularly in light of the recent Pennsylvania Supreme Court decisions, i.e., In re November 3, 2020 Gen. Election, (holding mail ballots may not be challenged on Election Day despite a provision to the contrary), and In re Canvassing Observation, (rendered on November 17, 2020, which disallowed meaningful observation of the canvassing of mail ballots).

In effect, the 35-page motion is premised on the idea that the two Pennsylvania Supreme Court rulings referenced above actually work to prove the campaign’s theory that elections officials worked, in a duplicitous and illegal way, to favor the fortunes of Democrats.

“As a result of these last-minute decisions on the eve of the presidential election, Pennsylvania no longer allows meaningful observation or challenges to mail ballots that do not comply with Pennsylvania law before they are mixed with other ballots and opened,” the filing argues, “i.e., ballots in secrecy envelopes are separated from the outside envelope, mixed, opened, and counted without any observation or challenge.”

In other words, the Trump campaign is now making the exceedingly long-shot and somewhat bizarre claim that because they recently lost twice in state court–which they claim issued an unconstitutional election-related edict–the federal court should grant them the relief they are looking for.

Notably, the procedural position here is of serious importance because of how the filing is fashioned. It is technically an attempt to push back against Pennsylvania’s claims–and the claims made by Democratic Party and voting rights advocates who have intervened in the case–that the Trump campaign does not deserve a temporary restraining order.

Trump’s lawyers say their lawsuit alleges that defendants “prevented meaningful observation in order to process tens of thousands of defective mail ballots which they knew would favor Biden to turn the election.” Their current lawsuit does not in any way say this. pic.twitter.com/MFtS3sxecZ