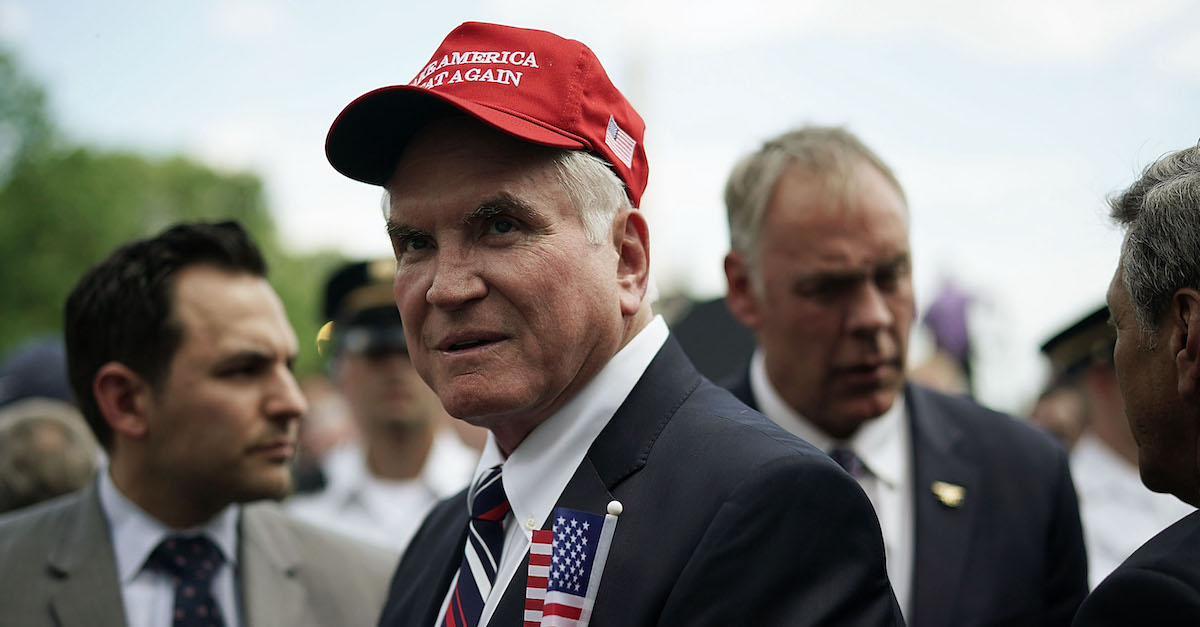 There is “no conceivable justification” to issue an order purporting to block whatever has not yet been certified of Pennsylvania’s election results, the commonwealth told its highest court on Wednesday.

The Keystone State had been responding to a headscratcher of a lower court’s ruling issued purporting to do just that—”to the extent” certification had not yet been completed.

Pennsylvania certified those results on Tuesday.

Asking the Supreme Court of Pennsylvania to exercise extraordinary jurisdiction, overturn the lower court’s order, and dismiss the case, Pennsylvania called a judge’s attempted intrusion on their process unheard of in U.S. history.

“Since the birth of our nation nearly 250 years ago, no court has ever issued an order purporting to interfere with a state’s ascertainment of its presidential electors—until today,” the Commonwealth’s attorney Michele Hangley wrote. “There is no conceivable justification for the lower court’s issuance of such an order in this case.”

“This order does not impact yesterday’s appointment of electors,” Shapiro assured the public on his Twitter feed.

This order does not impact yesterday’s appointment of electors. We will be filing an appeal with the Pennsylvania Supreme Court momentarily. https://t.co/wRzFwPvJIO

Regardless of its legal effect, Pennsylvania called the existence of the order alarming.

“If the Commonwealth Court’s order is allowed to stand, even for a short time, it will have cascading and potentially devastating effects across the Commonwealth,” their brief states. “The order purports to interfere with the ongoing process of seating presidential electors and precludes certification of any other result from the 2020 general election. This extraordinary act of judicial overreach threatens to undermine the integrity of Pennsylvania’s elections and reduce public confidence in them. This Court may assume, at its discretion, plenary jurisdiction over a matter of immediate public importance that is pending before another court of the Commonwealth.”

Rep. Mike Kelly (R-Pa.), who was recently reelected, appears to be arguing against the legitimacy of his own legal victory in the lawsuit that he filed with a group of GOP plaintiffs, who claim Gov. Tom Wolf and Secretary of State Kathy Boockvar (D) violated the Commonwealth’s constitution by allowing universal mail-in voting to occur for the 2020 election. Several other state and federal courts have rejected efforts to block certification of Pennsylvania, which brought President-elect Joe Biden across the elector threshold that rendered impeached, outgoing President Donald Trump a lame duck.