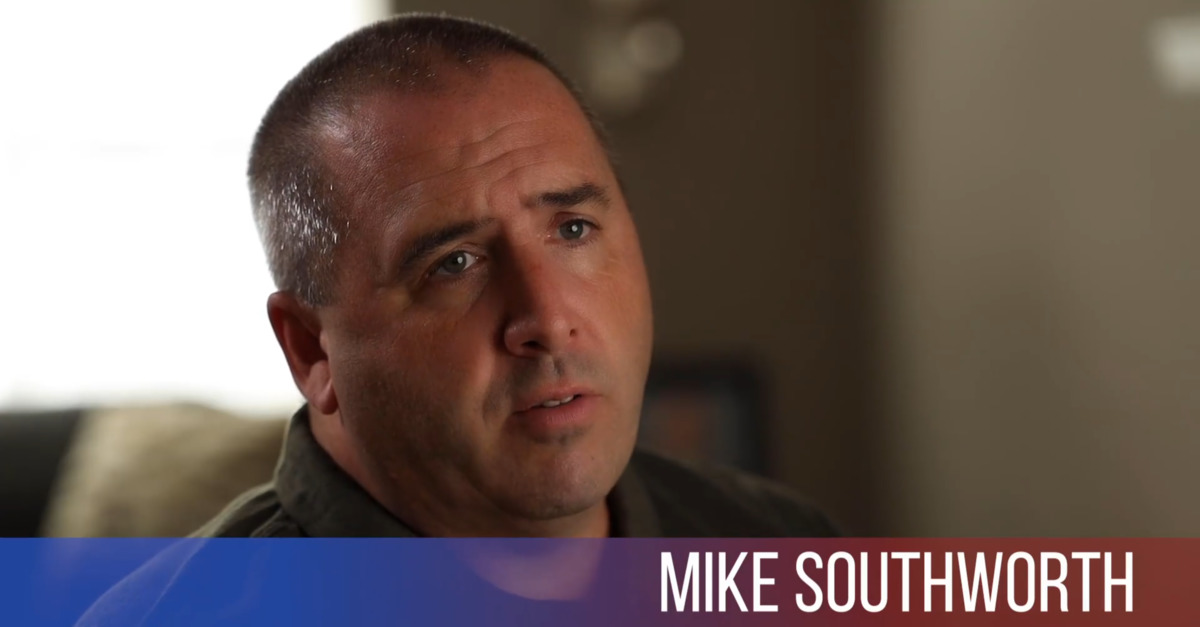 The Nutmeg State GOP politician and firefighter, who is running for the 14th State Senate District, apologized after a Facebook post from 2018 made its way to the media.

“Some have interpreted these posts to be sexist, ageist, or both,” Southworth said in a statement last week. “Although there was no sexism or ageism intended on my part, I see how some may interpret the posts differently and I am sorry for these remarks.”

“I want to express my heartfelt apology to every single person I have offended with these Facebook posts,” he added.

On September 18, 2018, two years to the day before Ginsburg died, Southworth shared a meme featuring a photograph of the revered feminist judge that was captioned, “Abraham Lincoln grabbed my ass in 1862.” Southworth also provided his own brief commentary.

Solveira’s message was shared and amplified via the Milford & Orange Women Democrats organization–a local Democratic Party group that is active in the towns of Milford and Orange, Connecticut–both of which are part of the 14th State Senate District, along with portions of West Haven and Woodbridge, Connecticut.

“He clearly doesn’t respect strong female leaders like Ruth Bader Ginsburg,” Solveira said. “If he wants to even be considered for representing the people of West Haven, Milford, Woodbridge and Orange, he needs to apologize for this terrible show of bigotry. That’s why I’m calling on him to not only apologize, but to explain himself for this disgusting Facebook post.”

The Democratic club also tore into Southworth for the 2018 post by speculating about his past.

“If this view of sexual harassment is the kind of stuff he doesn’t feel the need to hide, it makes me wonder what views he is hiding,” the group’s Facebook page administrator wrote. “Ugh.”

“Re-elect James Maroney,” the administrator wrote in a follow-up post–referring to the one-term Democratic Party incumbent who is also running on the Working Families Party ballot line.

Connecticut State Representative Kim Rose, a Democrat, demanded that Southworth drop out of the race after four additional posts showed that Southworth referred to various powerful women using terms like “bitch,” “pig” and “C U Next Tuesday”—a euphemism for the word “cunt.”

“[The posts] are completely disgusting. No one should talk the way they did,” Rose said. “And I just felt as a woman, as a legislator, as the co-chair of the bipartisan women’s caucus, for someone who is supposed to be professional and going up to Hartford to represent people, they can’t talk like this. And if they talk like this, they think like this.”

Southworth, for his part, released an extended statement that cast the dredged up Facebook post as part of a politically-motivated plot to falsely gin up identity-based grievances against his candidacy. The Republican candidate insisted that he was not sexist or ageist because he had rescued women as a firefighter.

“I have spent more than 20 years as a first responder with no history of discipline or unprofessionalism and have donated money out of every paycheck to the Milford Rape Crisis Center,” Southworth said. “During my time as a firefighter, I have saved the lives of women as well as people of all ages. When I go into a burning building or respond to a medical call, I never judge someone by their gender, age, race, or any other characteristic. That is the same person I will be as your state Senator.”

“My opponent knows my family and me personally and I am confident that even he realizes that I do not hold sexist or ageist views,” the Republican candidate continued. “Unfortunately, it appears that some people who do not support my campaign are intent on smearing my character since I have never run for or held elective office before, and therefore have no record to be judged against. This is why good people are reluctant to run for public office.”

“Unfortunately, I doubt the sincerity of Mr. Southworth’s apology having seen several other of his vulgar and demeaning posts, including one where he refers to a woman as a female body part,” Milford Alder Michelle Parente said in a statement. “My father was a proud Connecticut Republican. He would have been appalled by the use of the ‘C’ word to describe any woman, even one with whom he strongly disagreed. What does this say to our young daughters about developing and using their own strong voices?”

[image via screengrab/Southworth for Senate]