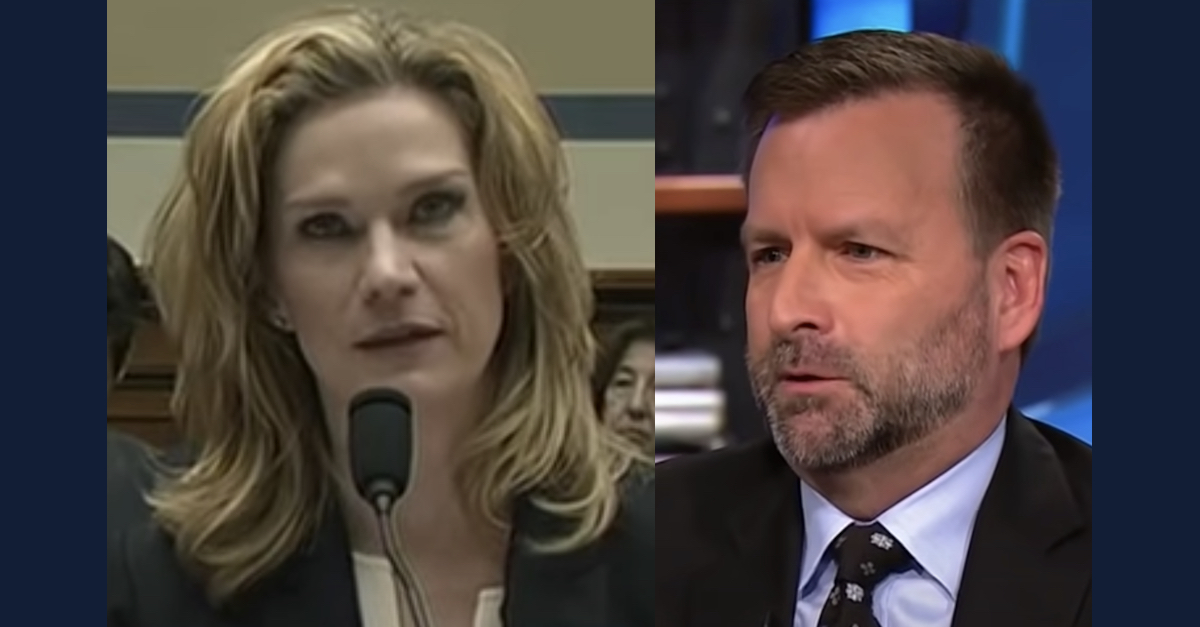 Two conservative activists affiliated with an organization known for pushing discredited conspiracy theories about the 2020 presidential election have been released from detention after a federal judge put them behind bars for failing to comply with his order.

A three-judge panel from the the U.S. Court of Appeals for the Fifth Circuit ordered that Catherine Engelbrecht and Gregg Phillips, of the Texas-based organization True the Vote, be released from federal custody on Monday.

“IT IS ORDERED that Petitioners’ opposed motion for release from detention is GRANTED pending further order of this court,” said the order, which was signed by U.S. Circuit Judges Catharina Haynes, a George W. Bush appointee, and Kurt Engelhardt and Andrew Oldham, both Donald Trump appointees.

The order from the appeals court comes in a defamation lawsuit brought by Michigan-based elections software company Konnech, Inc., against True the Vote, an organization perhaps best known for its backing of a discredited movie by right-wing commentator Dinesh D’Souza purporting to reveal widespread voter fraud in the 2020 presidential election. Some 60 lawsuits challenging the results of the election have been rejected for failing to provide evidence of such fraud.

More recently, True the Vote has also been linked to armed “vigilantes” seen hovering near voting drop boxes in Arizona in the days and weeks leading up to the 2022 midterm elections.

As Law&Crime previously reported, Konnech sued True the Vote, along with Engelbrecht and Phillips, in September, over claims the conservative organization made that certain data was stored on an unsecured Chinese server.

U.S. District Judge Kenneth Hoyt had issued a restraining order instructing True the Vote to return information that was allegedly pulled from Konnech’s computer systems and to provide the names of any and all people who helped True the Vote to access such information.

When the defendants refused to comply, Hoyt, a Ronald Reagan appointee, ordered the pair detained on Oct. 31. They were taken into custody by the U.S. Marshals Service. In a court filing, lawyers for the defendants argued that the contempt proceeding was based on public statements by the defendants that were “grossly misunderstood” by both Konnech and Hoyt. Those statements were about “Chinese Server Data” that Phillips had “witnessed on a TV monitor in a Dallas hotel room in late January 2021” and “Election Breach Information” about “resulting election system vulnerabilities, all publicly available, which Defendants wished to convey to the public as a warning.”

A representative for Engelbrecht told Law&Crime that she and Phillips were released from custody midday on Monday and provided a statement on her behalf.

“Those who thought that imprisoning Gregg and I would weaken our resolve have gravely miscalculated,” Engelbrecht said. “It is stronger than ever. The right to free and fair elections without interference is more important than our own discomforts and even this detention, now reversed by a higher court. We are profoundly grateful for that. We will continue to protect and defend those who do the vital work of election integrity, and we will make sure that their findings become a matter of public record.”

Representatives from Konnech did not immediately respond to Law&Crime’s request for comment.

You can read the order here.